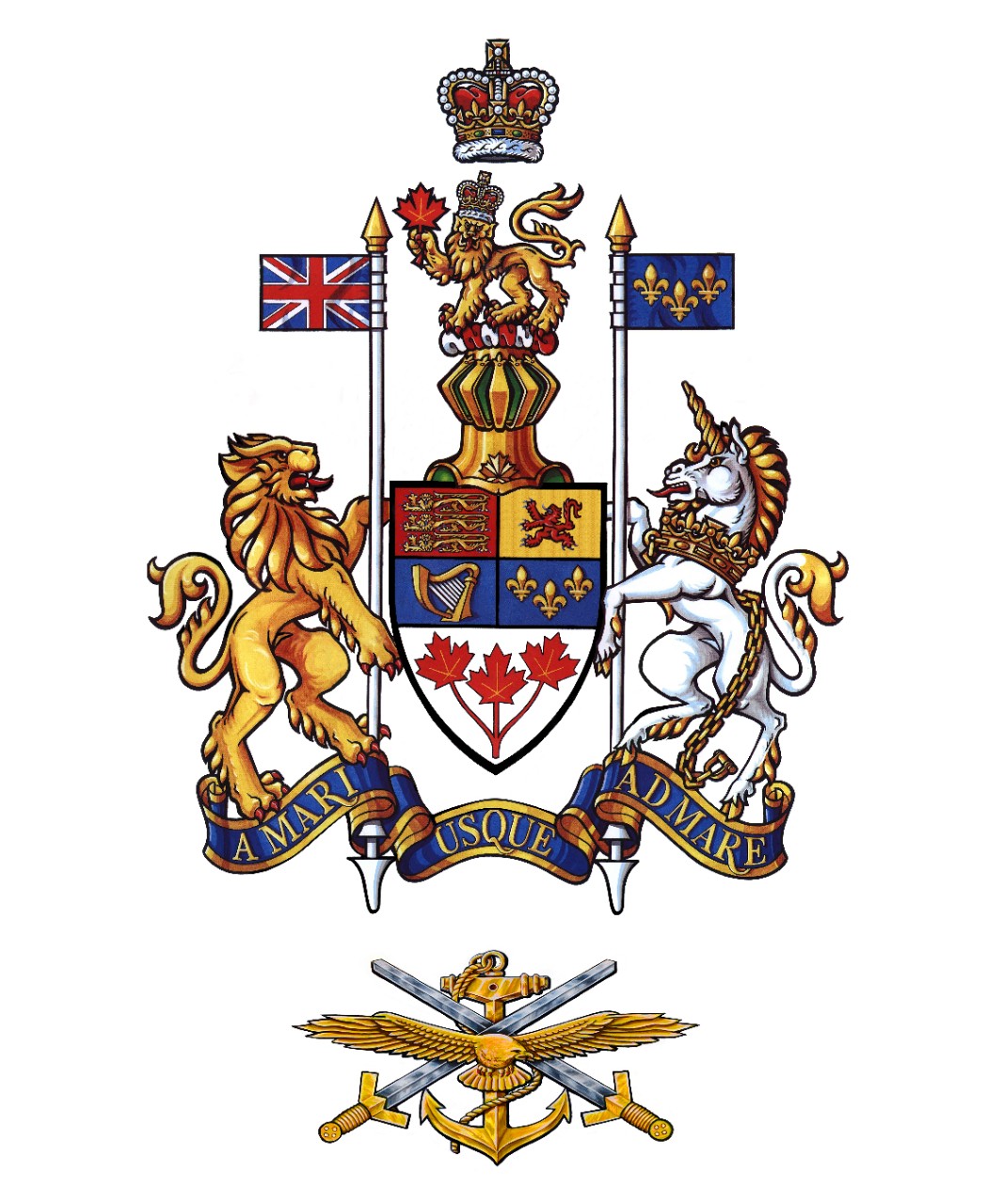 The coat of arms worn by the most senior non-commissioned ranks as a badge of rank.


January 17, 2020 marked a historic occasion regarding the evolution and modernization of the Canadian Armed Forces (CAF), specifically for the Chief Petty Officer 1st Class and Chief Warrant Officer (CPO1/CWO) rank. CPO1/CWOs are the most senior leaders of the Non-Commissioned Members (NCM) Corps; they navigate from tactical to strategic levels across the Department National Defence (DND)/CAF, acting as change agents, influencing the day to day life of CAF personnel and the organization within which they operate. Their limited numbers (671 CPO1/CWOs - 449 Regular Force [Reg F] & 222 Reserve Force [Res F]) across a force of 86,517 NCMs make them a very small select group of senior leaders that only 0.7% of the NCM population will attain (MCS, 16 Dec 2019).

In August 2014, Canadian Armed Forces Chief Warrant Officer (CAF CWO) Kevin West articulated to senior leadership the vision of one occupation for CPO1/CWOs, and the need to formalize the concepts and recommendations discussed in the 2011 document Beyond Transformation: The CPO1/CWO Strategic Employment Model (SEM). CWO West's proposal was accepted by senior CAF leadership, and thus began the journey of the SEM Project in August 2014. The project came to fruition for the CPO1/CWO occupation on June 15, 2018, and was finalized January 17, 2020. All Reg F/Res F CPO1/CWOs are now under one strategic occupation called the "CPO1/CWO CORPS (Military Occupation Structure Identification 00381)."


The culmination of the CPO1/CWO occupation that was led, driven, and supported by senior NCM leaders, such as former CAF CWOs Dan Gilbert, Robert Cléroux (CPO1), Kevin West, and current CAF CWO Alain Guimond, enabled the Chiefs Corps to become a reality. Those senior leaders believed it was extremely important to the CAF and future NCMs, that members at the rank of CPO1/CWO must have the right competencies, experience, knowledge, education and training required to further enhance the skillsets and roles of Chiefs in key tactical to strategic leadership positions. This innovative project was embraced by the entire senior leadership, and the SEM Project became a top priority for both the CDS as the Project Sponsor (Champion) and the CAF CWO as the Project Director. What followed was truly amazing. The CPO1/CWOs Corp was tasked and given a project which was also completed by CPO1/CWOs encapsulating an in-depth analysis of all Reg F/Res F CPO1/CWOs in the CAF. This analysis encompassed items such as:

- Systems of succession planning and management;
- The formalization of roles and positional requirements;
- Preferred paths of education and modernized training;
- In depth scientific analysis of the numerous roles, scope of responsibility, and sphere of influence of a CPO1/CWO throughout the DND and Whole of Government;
- Development of Leader Profiles by Director General Military Personnel Research and Analysis for all CPO1/CWO positions, allowing NCMs at all levels to see exactly what competencies are required, relative to specific positions;
- Positions identified as not meeting the CPO1/CWO model were re-assigned within the organization to the Officer Corps and as Chief Petty Officer 2nd Class/Master Warrant Officer NCM levels accordingly;
- CAF policies and doctrines;
- Military Employment Structure Implementation Plan (MESIP); and
- The alignment of Reg F/Res F CPO1/CWOs.[/list]

Subsequently, direction was given to the SEM Team to define and validate the roles and responsibilities of all CPO1/CWOs. The future CPO1/CWOs now assume positions along a critical path which sees them as part of Senior Leadership Teams, or in some cases as Senior Level Advisors. The ripple effect of a project of this nature has meant that several CAF policies were affected and in need of review/amendment, such as the Special Requirements Commissioning Plan, which remains a vital program in utilizing and retaining CPO1/CWOs in the organization as Officers because of their vast experiences and competencies.

Furthermore, with the CPO1/CWO Corps becoming a formally defined occupation, two of the critical action items are:


- The addition of a sub function to the occupation identifying six tier levels of progression within the CPO1/CWO Corps; and
- An in-depth review of compensation, benefits, and recognition for CPO1/CWOs.

The SEM Project, along with countless other affiliated agencies and key stakeholders have shaped how the present and future CPO1/CWOs are developed, managed, and employed in order to generate effective strategic leaders who meet the full spectrum of CAF operational and institutional requirements. The work has been arduous and the rewards for the institution critical. The time has now come for implementation of the recommendations and action items of the MESIP, and the alignment of the concepts and principles that define CPO1/CWOs across the CAF.

Integrity, credibility and professionalism are attributes at the very core to which the CPO1/CWO Corps needs to be held accountable. While the composition of Leadership Teams are flexible, the relationship between a CPO1/CWO and an Officer holding Command is unique. Part of the primary role of CPO1/CWOs is that of "trusted advisors who provide knowledgeable advice, grounded in critical thinking, supported by ethical reasoning and cultured in practical experience" (SEM Final Report, Jul 2017). The culmination of this project has established concrete guiding principles and a bright future for the institution. The CAF must continue to emphasize the support and requirement of these strategic influencers, managers, and institutional leaders who represent Canada’s interest as co-stewards of the Profession of Arms. It can be said that CPO1/CWOs are the pulse of the people and the heartbeat of the CAF.