Apparently a senior HAMAS official got his butt smacked a few days ago in Dubai.  From the Times Online edition (reproduced under the Fair Dealing provisions (§29) of the Copyright Act):

The Palestinian Islamist movement Hamas today accused Israel of assassinating one of its military chiefs in Dubai, a man who helped to found the group’s armed wing and who was behind the kidnap and killing of two Israeli soldiers in the first intifada 21 years ago.

Mahmoud al-Mabhouh, a key figure in ongoing smuggling operations to bring weapons into the blockaded Gaza Strip, was killed in a hotel on January 20, Hamas officials said.

He is believed to have been behind the smuggling of truck loads of weapons into Gaza through Sudan last year, an operation that was targeted by Israeli warplanes.

Hamas officials refused to specify the circumstances of his death until an inquiry had been held and hinted that the delay in announcing the killing was part of a bid to capture his assassins.

However, his brother, Faiq, said that he had been electrocuted to death.

“The first results of a joint investigation by Hamas and the United Arab Emirates show he was killed by an electrical appliance that was held to his head,” he said.

Israel has so far declined to comment on the charge. It has carried out numerous overseas assassinations of Palestinian military leaders in the past, as well as killing a number of Hamas heads inside the Palestinian territories in air strikes, including the group’s wheelchair-bound spiritual leader, Sheikh Ahmed Yassin, in 2004.

One of the highest profile assassination attempts was of the Hamas leader Khaled Meshaal in Jordan in 1997, when Israeli agents squirted poison in to his ear. Jordanian police caught the two agents and held them until Israel agreed to hand over the antidote to the toxin.

Izzat Rashaq, a senior Hamas official in Damascus, said that al-Mabhouh, a 50-year-old father of four from the Jabalya refugee camp in the Gaza Strip, had masterminded the kidnap and killing of two Israeli soldiers, Avi Sasportas and Ilan Saadon, during the first Palestinian popular uprising against Israel in the late 1980s.

The two soldiers were kidnapped in separate incidents in 1989. The body of one of them was only discovered seven years later.

Al-Mabhouh is believed to have pioneered the movement’s tactic of abducting soldiers to exert pressure on Israel. Hamas has been holding one Israeli soldier, Gilad Shalit, inside Gaza for the past three and a half years.

Al-Mabhouh had been in Israeli prisons on different occasions before being exiled and taking up residence, together with many other Hamas leaders, in Damascus. He was killed one day after he arrived in Dubai.

Hamas did not say what he was doing in the city, which many militants groups use as a financial hub. Hamas is widely accused of receiving financial and military backing from neighbouring Iran.

Hamas, which Israel has blockaded in the Gaza Strip for the past three years and which it tried to topple in a brief war last year, said that it would seek vengeance against the Jewish state.

"We in Hamas hold the Zionist enemy responsible for the criminal assassination of our brother and we pledge to God and to the blood of the martyrs and to our people to continue his path of jihad and martyrdom," a statement issued by the movement said.

The group pledged to "retaliate for this Zionist crime at the appropriate time and place."

It added that al-Mabhouh would be buried today in a Palestinian refugee camp near Damascus.
Click to expand...

"[k]illed by an electrical appliance that was held to his head..." ??? I've read a lot of stories over the years about various assassinations (fictional and non-fictional) and I can't think of any electrical appliance that you could 'apply' to someones head to kill them by electrocution! Heck, if you can get that close just whack them. I'm sure that if Ziva got that close she could have knocked him off blindfolded and one arm tied behind her back!

The alleged hit took place either the 19th or 20th of Jan and the authorities are only now reporting the killing. Apparently the reason for the delay is so that the authorities could track down those responsible and bring them to justice . However, if, as they say, MOSSAD was responsible, the agents would have used false passports and once the deed was done they would have high-tailed it out there as fast as possible and are probably now sitting in some safehouse on the beaches near Tel Aviv sucking a few cold Maccabee's and enjoying themselves.  Lets face it, if was a professional hit team, and you haven't caught them in a week and a half, it unlikely you will.

Retired AF Guy said:
I'm sure that if Ziva got that close she could have knocked him off blindfolded and one arm tied behind her back!
Click to expand...

You have been watching wayyyy too much NCIS.

Maybe you should think of the guy below instead the next time you think of a Mossad agent: 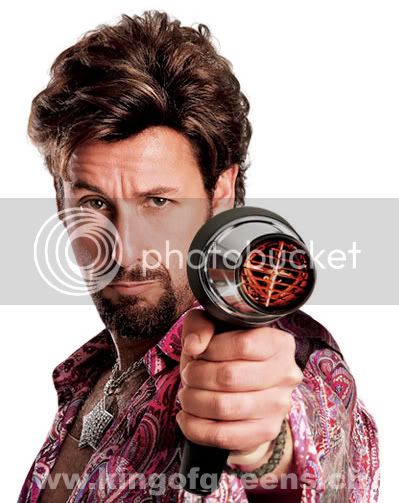 Corruption is apparent within the Emirati construction industry.  Perhaps it was just a case of bad wiring due to cheap products and shoddy contractors?  Trying to tune the TV to Wheel of Fortune and had a shocking experience?

You can never get too much Ziva!  As for Hamas terrorist who died as he lived?  :nana:

Apparently it wasn't Mossad after all - it was a bunch Brits, a couple of Irishmen (and one Irish women), a couple of Frenchmen, and a token German. That's if the passports are
for real.  ;D

A suspect in the high-profile killing of a Hamas commander at a Dubai hotel has been arrested in Canada, the city-state's police chief says.

Lt. Gen. Dahi Khalfan Tamim told several news organizations the arrest is being kept quiet by Canada and Dubai was told not to go public with the information.

Foreign Affairs did not immediately return a phone call seeking comment on the reports.

Canada's consul general in Dubai, Kris Panday, told The Associated Press he had no comment on the matter.

Tamim's allegations come a little more than a week after a diplomatic dust-up between Canada and the United Arab Emigrates resulted in Canada being booted from its secret military base in the region.

Last week, Tamim said that an unnamed Western country had arrested a key suspect in the assassination of Mahmoud al-Mabhouh. But he did not identify the country.

Al-Mabhouh was killed in January, when he was smothered in his room at the Al Bustan hotel.

Dubai police initially issued warrants for 11 suspects in connection with al-Mabhouh's killing, but later added 16 more suspects to their list. They released video surveillance images of all of the suspects, most of whom travelled on fraudulent British, Irish, Australian, German and French passports.

Investigators said it appeared that a professional hit squad had killed al-Mabhouh.

Days after al-Mabhouh's death, Tamim said it was likely that the Mossad was behind the assassination.

"Our investigators reveal that Mossad is involved in the murder of al-Mabhouh. It is 99 per cent, if not 100 per cent that Mossad is standing behind the murder," Tamim told The National, the state-owned newspaper in Dubai.

Israel did not confirm nor deny its involvement in the assassination.

But Britain, Australia and Ireland later expelled Israeli diplomats after concluding Israel was responsible for the forged passports from their countries.

In June, an alleged Israeli spy named Uri Brodsky was arrested in Warsaw on a European arrest warrant that was issued by a German court.

Two months later, Brodsky was granted bail and is allowed to travel as he pleases while judicial proceedings are moving ahead.

Brodsky is accused of espionage and of helping procure a fake German passport.
Click to expand...

Why a 41-Year-Old Record About Fascism Matters Now