From earlier this month: The Telegraph article also states Bishop is a Lieutenant Colonel in the US Army Reserve, aside from being a contractor: 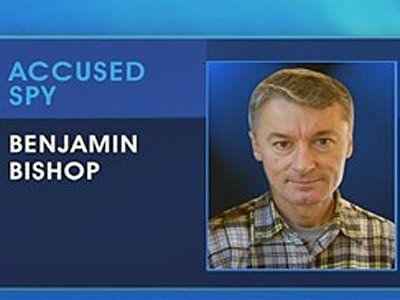 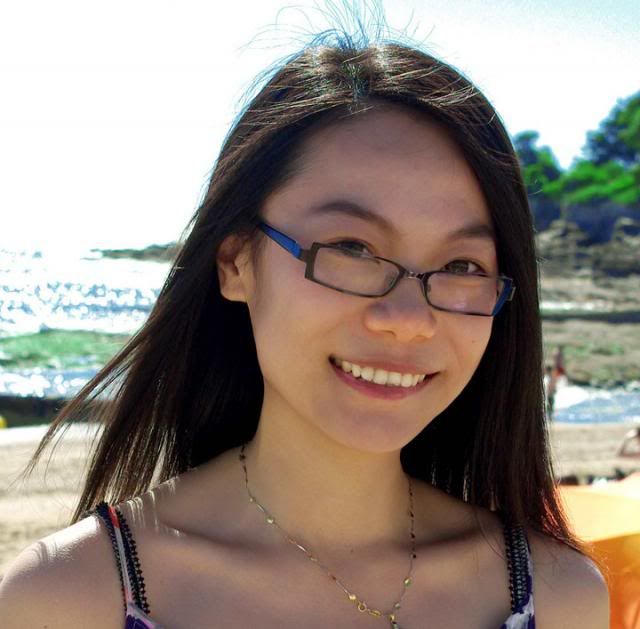 From the Province article:

Plenty of targets for would-be sleuths

But the case of a 59-year-old civilian defence contractor accused of giving military secrets to his much younger Chinese girlfriend is a reminder that the state is a prime target for espionage. A high concentration of important military commands means there's a great deal of information on the islands that potential adversaries want to know.

Case in point: Most of the FBI's resources in Hawaii are devoted to counter-intelligence - not drug trafficking or terrorism.

"One of the FBI's priorities in Hawaii is keeping America's secrets safe from agents of foreign powers," said Tom Simon, a special agent in Honolulu. "With the amount of military and classified material in Hawaii, it remains a top priority for the FBI."

The case against Benjamin Bishop, a defence contractor working for the U.S. Pacific Command when he was arrested March 15, offers a glimpse of the information potential adversaries might be looking for.

More recently, Bishop worked on cyber-security and is familiar with how the U.S. would counter adversaries in electronic warfare, air combat, undersea warfare, energy security and cyberspace, the declaration says.

Bishop hasn't been charged with outright espionage, which the law defines as giving national security secrets to someone for the purpose of helping a foreign government or harming the United States. But he has been charged with two violations of the Espionage Act: communicating defence secrets to someone not entitled to receive it and unlawful retention of defence documents.

Prosecutors haven't said they believe the girlfriend is working for the Chinese government or that she's given anything she learned from Bishop to anyone else. But an FBI affidavit filed in support of the charges speculates she may have attended the military conference specifically to target people like Bishop who work with classified information.

Spying isn't new to Hawaii. In the months before the attack on Pearl Harbor on Dec. 7, 1941, a Japanese vice-consul in Honolulu spent much of his time monitoring and reporting on the comings and goings of the U.S. Navy. Takeo Yoshikawa is said to have favoured the view of Pearl Harbor he would get at a tea house - still in business today as the Natsunoya restaurant - in a hilly neighbourhood overlooking the naval base.

Cossa says China would have the biggest interest in U.S. military operations in Hawaii, followed by Russia.

Their targets? Pacific Command is the U.S. military's headquarters for the Asia-Pacific region. The navy, air force, army and marine corps also each have their own Pacific headquarters on Oahu. The National Security Agency keeps an intelligence centre tucked away in central Oahu.
Click to expand...

From the Telegraph article:

Mr Bishop was working as a civilian defence contractor, though it is not known at which organisation.

The couple met at a conference about international military defence issues and began an intimate romantic relationship in July 2011.

Although Mr Bishop has had top secret security clearance since July 2002, his girlfriend had no clearance. He allegedly hid their relationship from his employers, despite his position and security clearance requiring him to report and contact with foreign nationals.

In November 2012, a court authorised search of his home found twelve documents all classified as "secret.

According to the affidavit, the woman asked Mr Bishop what Western countries knew about the "operation of a particular naval asset of People's Republic of China". Mr Bishop researched the issue, which was not part of his mandate, and was seen reading and collecting classified information, according to the claims.

Mr Bishop's court appointed lawyer, Birney Berver, stated, "Colonel Bishop has served his country for 29 years. He would never do anything to harm the United States".

Mr Berver said the man was a lieutenant colonel in the US Army Reserve.

A preliminary court hearing has been scheduled for 1st April and Mr Bishop is due to appear in court again later this week for a bail hearing.

China and the United States, the world's two largest economies, have long engaged in spying against each other
Click to expand...

The Russians were masters of finding a weakness and exploiting it. I am not sure how good an asset he would be,unless the PRC is looking for economic intelligence.

"Espionage with benefits". Clearly more fun than just taping envelopes under park benches.....
You must log in or register to reply here.

D
For decades, the CIA read the encrypted communications of allies and adversaries