With a (very brief) Canadian reference ....

Royal Marines commandos 'dominated' US troops and forced them into a humiliating surrender just days into a mass training exercise in the Mojave desert, it has been revealed today.

British forces took part in a five-day mock battle at the US Marine Corps' Twentynine Palms base in southern California, one of the largest military training areas in the world, and achieved a decisive victory against their American counterparts.

The Royal Marines, along with allied forces from Canada, the Netherlands and the UAE, destroyed or rendered inoperable nearly every US asset and finished the exercise holding more than 65 per cent of the training area, after beginning with less than 20 per cent ...
Click to expand...

Wasn't this awhile ago, or a repeat performance?

Colin Parkinson said:
Wasn't this awhile ago, or a repeat performance?
Click to expand...

Well, the article's dated today, and the Pentagon Info-machine has pix up as of last month or so, so it appears to be the latest version.

The Bread Guy said:
With a (very brief) Canadian reference ....
Click to expand...

During my short sojourn with the Royal Marines, on a large winter ex in Arctic Norway, we were very pleased with ourselves after having 'trounced' a USMC battalion during an exercise to capture a large bridge via a classic, daggers in teeth, sneaky peaky landing craft type night operation....

... right up until the point that they told us we had been wiped out earlier by a squadron of F-18s, but they didn't want to spoil it for us

So if I get this right, an RM Tp wiped out a MAB?

Good2Golf said:
So if I get this right, an RM Tp wiped out a MAB?

Seems like the RM had a lot more than a troop - with Arty and Air Support as well as coalition forces - against a USMC Amphibious BN - which isn't exactly a strong entity by itself.

Good2Golf said:
So if I get this right, an RM Tp wiped out a MAB?

In my case Yankee Coy 45 Cdo, with a 'Dragon' troop from Whiskey Coy (RNLMC) attached, pulled off a coup de main on a large bridge demolition guard force.

Basically, the USMC Coy on the bridge itself was asleep.

I did the recce .... by walking down the road and right up to their Ops Room (carrying only my M16 trials rifle) claiming to be a Canadian whose BV 202 had broken down. Being very polite chaps, they did all they could to help me, and I wandered off back down the road 'to wait for recovery' and quickly briefed our following fighting patrols who were on the bridge, and their CP, shortly after that. The recce teams had found the sentries by following their snoring, apparently.

Much self-congratulatory back slapping followed, with our enthusiasm subsequently snuffed out when we were told that the F-18s had punched our tickets earlier in the evening.

All that to say, don't take hubris infused 'exercise victory' claims against the USMC at face value

KevinB said:
Seems like the RM had a lot more than a troop - with Arty and Air Support as well as coalition forces - against a USMC Amphibious BN - which isn't exactly a strong entity by itself.
Click to expand...

I guess my mistake was basing my perception from the Daily Mail article that quoted the Tp v. Bn aspect.

I think the difference was the RM’s dagger patch, which is far more lethal than the Marines’ dust goggles…ie. The DailyMail info graphic below…

daftandbarmy said:
Much self-congratulatory back slapping followed, with our enthusiasm subsequently snuffed out when we were told that the F-18s had punched our tickets earlier in the evening.
Click to expand...

Sounds like RV92 DZ overflight by a AC-130 where the AC lit up the DZ with white light to simulate the cannons and miniguns - scratch 1 x CAR.
Night Jump Success - but didn't not survive the DZ...

daftandbarmy said:
All that to say, don't take hubris infused 'exercise victory' claims against the USMC at face value
Click to expand...

I have zero faith in any Ex's as there usually is a pre-ordained winner.
C

Some of the drones being used by the royal marines are pretty cool in that ex.

Having a platform fly over low, using cover, dropping off supplies, and zooming back to somewhere was pretty cool to see. 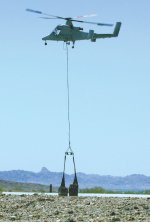 I trained with the USMC at 29 Palms and MAGTF in Yuma, AZ. My view is the average Marine Rifle Coy was super young and fit. Their average rifleman was physically very capable and could do some pretty impressive things physically but their NCOs were generally younger and less seasoned than ours.

I worked with a Marine Corps Rifle Company that was going through work ups and they weren't as comfortable with doing Raids, Live Fire at Night, etc as we were at that time. They trained very hard though and I would say their individual soldiering skills were very very good but the leadership at the Section and Company Level was weaker due to age and experience.
Last edited: 3 Nov 2021

The Marines produce a Sgt Squad leader in four years.

Which calls for one of these, I believe:

Would you accept the USMC has a Sgt who is a Squad Leader in four years.
Produces usually confirms quality

The largest issue I see in the US Military (and the USMC is slower at promoting than the Army) is the speed that the enlisted ranks progress - which leads to a much less experienced NCO than the Commonwealth Armies.
Last edited: 3 Nov 2021

We did in the past too, they were greeeeaaaaat.

Interesting the bit about the Assault Group working with local acquired kit rather than bringing their Vikings along with them. Bug? Or Feature?

Working with the tools available and still being effective?

Couple of other articles. Beware the bumf.

What can war games like Exercise Green Dagger tell us about the future of our Armed Forces?

What sets the Royal Marines apart from their US equivalents?

Take away the kit, the tech and the money and there’s no comparison – something the Americans have learnt once again this week

Kat Stevens said:
We did in the past too, they were greeeeaaaaat.
Click to expand...

I forgot about RNTP! The Reserve Non-Commissioned Officer Training Program, just add water, instant Infantry Section Commander. Instant NCOs are a staple of some conscript armies — I forgot about our brief flirtation with the concept.
You must log in or register to reply here.

C
Malaysia to establish Marine Corps, set up naval base in disputed waters