Tehran earlier announced its forces have seized a foreign tanker


A U.S. warship on Thursday destroyed an Iranian drone in the Strait of Hormuz after it threatened the ship, U.S. President Donald Trump said. The encounter marked a new escalation of tensions between the countries less than one month after Iran downed an American drone and Trump came close to retaliating with a military strike.

In remarks at the White House, Trump blamed Iran for a "provocative and hostile" action and said the U.S. responded in self-defence.

He said the navy's USS Boxer, an amphibious assault ship, took defensive action after the Iranian aircraft closed to within 1,000 yards of the ship and ignored multiple calls to stand down.

"The United States reserves the right to defend our personnel, facilities and interests and calls upon all nations to condemn Iran's attempts to disrupt freedom of navigation and global commerce," Trump said.

The Pentagon said the encounter happened at 10 a.m. local time Thursday in international waters while the Boxer was heading to the Persian Gulf.

"A fixed-wing unmanned aerial system [UAS] approached Boxer and closed within a threatening range," chief Pentagon spokesman Jonathan Hoffman said in a written statement. "The ship took defensive action against the UAS to ensure the safety of the ship and its crew."

Earlier on Thursday Iran said its Revolutionary Guard seized a foreign oil tanker and its crew of 12 for smuggling fuel out of the country, and hours later released video showing the vessel to be a United Arab Emirates-based ship that had vanished in Iranian waters over the weekend.

The announcement solved one mystery — the fate of the missing ship — but raised a host of other questions and heightened worries about the free flow of traffic in the Strait of Hormuz, one of the world's most critical petroleum shipping routes. One-fifth of global crude exports passes through the strait.

The incident happened with tensions running high between Iran and the United States over Trump's decision to pull the U.S. out of the Iran nuclear deal.

Iranian state television did not at first identify the seized vessel but said it was intercepted on Sunday and was involved in smuggling some one million litres of Iranian fuel. Iran did not identify the nationalities of the crew.

Crude prices, which had been falling since last week, ticked higher almost immediately after the announcement.

Iran said the tanker was seized south of its Larak Island in the Strait of Hormuz. Neighbouring Qeshm Island has a Revolutionary Guard base.

*more of the story at the link

The Light Marine Air Defense System was used to take out the drone. 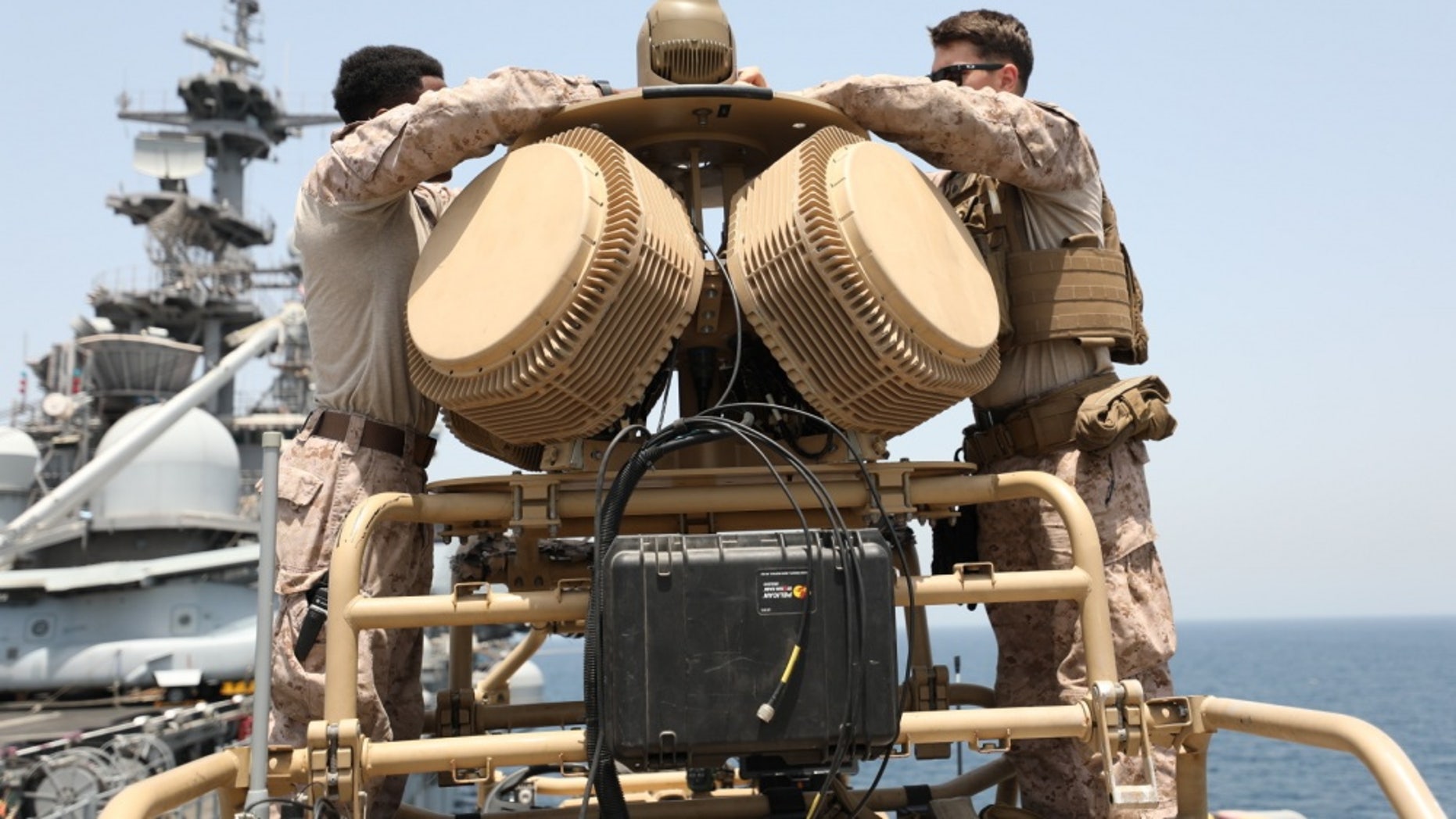 Apparently the "drone" ignored warnings to back off. So how does one tell a drone to back off, get some guys to stand on deck with a sign saying "piss off"?

Over a voice net?  Guard, etc.  Not sure how things work there, never operated in that area but...working in a coalition environment before, de-confliction and advisory msg traffic would come across there between coalition/non-coalition assets.

*not a Comms SME...a pilot/ACSO can probably explain it better.

Colin P said:
Apparently the "drone" ignored warnings to back off. So how does one tell a drone to back off, get some guys to stand on deck with a sign saying "piss off"?
Click to expand...

The operator(s) will have some sort of radio.  Warnings would be broadcast on the VHF/UHF Guard frequency.

More info of the drone killer and pictures.  It is a "buggy" chained down to the flight deck of the USS Boxer.

plus Iran say they are worried that the US downed one of their own drones.  LOL

Spencer100 said:
More info of the drone killer and pictures.  It is a "buggy" chained down to the flight deck of the USS Boxer.

plus Iran say they are worried that the US downed one of their own drones.  LOL
Click to expand...

Canada has those buggies. Maybe we can ask the US to borrow some anti-drone radars to go with them.

But why do I have the feeling the Global Hawk vs the Iranian Drone is just not 1 to 1?

If the Marines have this system and the Army doesn't then the Army will be buying this ASAP !!

Russia’s military gamble in Syria is paying off handsomely But for how long?