OTTAWA — Canada’s top military procurement official says there are no plans to change directions on the construction of a fleet of new Navy warships despite a recent warning about escalating costs . . .

As I said in a different thread, they’re probably out of time.

MTShaw said:
As I said in a different thread, they’re probably out of time.
Click to expand...

We're out of time for a lot of projects, ships, fighters, logistics vehicles, dithering and mismanagement of our fleets has come home to roost and it isn't pretty. Our required capital expenses by the end of the decade are massive.

MilEME09 said:
We're out of time for a lot of projects, ships, fighters, logistics vehicles, dithering and mismanagement of our fleets has come home to roost and it isn't pretty. Our required capital expenses by the end of the decade are massive.
Click to expand...

According to the blueprint, HMG is not doing to bad. Tons of equipment expenditures is what is going to move our defence/gdp toward to 2%.

According to the blueprint, HMG is not doing to bad. Tons of equipment expenditures is what is going to move our defence/gdp toward to 2%.
Click to expand...

You are assuming given the pandemic we get the money, and can spend it.

MilEME09 said:
You are assuming given the pandemic we get the money, and can spend it.
Click to expand...

To be the best of my knowledge, the programs are a go.They’d be supporting Canadian industry with the purchases. I don’t think they’re going to go full Chrétien.

Hopefully one day soon this ill also happen in Canada 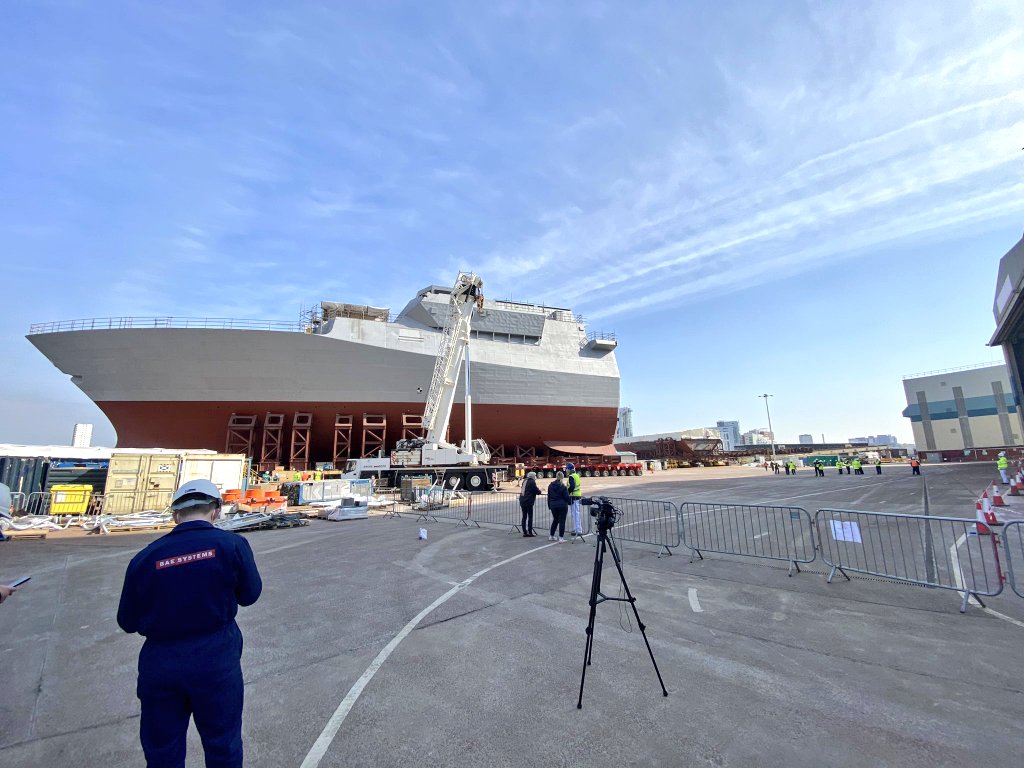 In addition, the CSC program will further strengthen the partnership between MBDA and Lockheed Martin Canada, which has already seen Sea Ceptor and CMS330 providing world-class air defence capabilities to the Royal New Zealand Navy and the Chilean Navy.
Click to expand...

I completely forgot about this. This makes complete sense from LMCs perspective. They are leveraging their previous work to upgrade the ANZAC's and Chilean Type 23's.

I also realized that Sea Ceptor as a CIWS has another big advantage over the Phalanx. It can engage multiple targets at the same time and have more engagements before it runs dry.

Underway said:
I also realized that Sea Ceptor as a CIWS has another big advantage over the Phalanx. It can engage multiple targets at the same time and have more engagements before it runs dry.
Click to expand...

Is the plan to have SC rather than Phalanx as the CSC's CIWS?

dimsum said:
Is the plan to have SC rather than Phalanx as the CSC's CIWS?
Click to expand...

That is the plan. SC for CIWS* and ESSM2 for self/local air defence. After that it seems mission dependant on the loadout from what I'm hearing.

It makes for an interesting indicator of how this/these project(s) are being run. Effectively we have one common project being run concurrently by three separate project managers. Each one gets to make their own initial picks on the bill of material and three separate "prototypes" will emerge.

The Littoral Combat Ships had two prototypes as did the FREMMs.

The FREMMs maintained their distinctions and the projects were completed as two separate ships with little commonality.
The LCS produced a lot of prototypes before being debugged and getting their weapons suites sorted with eventual down selection of a single hull and fit.

I wonder if the Project Managers will have the opportunity to revise the Bills of Material as the projects progress and lessons are mutually learned?

I don't know if this 2019 presentation has already been posted. A bit dated in places (CIWS vs Sea Ceptor - BAE Mk 45 vs Leonardo) but still highly educational - especially as regards costs and schedules.

It's an interesting comparison between the two weapons.

OTO can automatically reload from the magazine so it can continuously fire. It can even download ammunition back into the magazine. The Mk45 requires a six-person crew to continuously fire (not sure about download capability however it would still require crew to place the ammo back on the racks).

OTO is designed to use the Vulcano ammunition system which has some pretty amazing stuff, in particular their long range GPS guided ammo.

Performance-wise I think it's the best option. Cost and maintenance not entirely sure but it would make sense that the OTO would be more on that end.


*Naval gun calibers are their barrel length divided by their bore diameter. Larger calibers generally mean more time for the propellant gasses to push on the round, leading to higher muzzle velocities thus longer ranges
U

In light of recent suggestions that the Canadian Surface Combatant (CSC) procurement should be scrapped in favour of a less expensive approach, I want to provide my unique perspective as the former president of the Halifax Shipyard and as a retired U.S. Navy vice-admiral leading all U.S. Navy ship design and acquisition from 2008 to 2013.

The federal government set the missions for CSC. This started the process to define the warship’s performance requirements. Canada’s requirements process was the most rigorous that I have ever participated in.

Canada engaged international experts working alongside Navy leaders in a series of war-gaming sessions using real-world threat data. This process weeded out unnecessary capability (and its cost) and ensured missions could be accomplished with the ship and crew surviving. The resulting performance requirements underwent additional scrutiny from Canada’s Independent Review Panel for Defence Acquisition.

These requirements — such as the need for a leading-edge radar in complex, multi-threat situations — drive the size and cost of CSC. To appreciably reduce the cost, Canada would have to accept that some missions will not be executed. Canada should expect to pay about the same as other nations for similar ships.

Several opinion writers have cited the U.S. Navy’s Constellation Class of Frigate as a potentially cheaper alternative for CSC. However, the U.S. is building these smaller and less capable ships because it already has more than 90 ships similar in capability to CSC. Canada will only have the 15 CSC ships to rely on, though CSC will be as capable as any surface combatant owned by any nation.

One recent opinion article advocated starting the CSC procurement over and called for “an open, fair, and transparent competition involving ship designers and shipyards” and for the government to “retain its oversight responsibility.” Canada has already devoted three full years to doing exactly this. The Request for Proposal (RFP) process was exhaustive and more comprehensive than any I experienced in my five years leading U.S. Navy ship and weapon system procurement.

Canada was and remains in charge. The process started with more than a year of collaborative industry engagement involving more than a dozen shipyards, designers and combat systems companies. This was followed by another year to develop and test the RFP requirements to ensure fairness. Finally, Canada provided bidders another year to ask questions and respond to the RFP. This ensured that all bidders had a fair chance to compete.

The same opinion writer called for starting the new open, fair, transparent process for selecting CSC with mention of an unsolicited proposal with no contractual commitment by shipbuilder Fincantieri. However, Fincantieri dropped out of the official competition and instead made an unsolicited proposal to the government outside the official, open, fair and transparent procurement process.

The CSC requirements are based on Canada’s national priorities. When it comes to protecting the brave sailors of the Royal Canadian Navy, CSC will be second to none in the world. These vessels will allow Canada to independently operate in international waters, and satisfy responsibilities to NATO and NORAD allies through greater interoperability.

The RCN needs new, modern ships to remain relevant as the Halifax Class of ships approaches end of life. CSC is already delivering thousands of jobs across the country and that will continue to grow – a vital part of Canada’s economic recovery.

Kevin McCoy was president of the Halifax Shipyard from 2013 until earlier this year. He was previously a three-star vice-admiral in the U.S. Navy responsible for the design, construction, maintenance and modernization of all U.S. Navy ships, aircraft carriers and submarines from 2008 through 2013. As commander of the Naval Sea Systems, he led one of the largest procurement and engineering agencies in the United States with a workforce of 60,000.
Click to expand...

Seeing as how RAVEN ECM was chosen as the CSC main active ECM here is a nice factsheet for those who are interested.

Interesting that Raven has no ITAR components

Could the CSC be completely non-ITAR?

Would make for an interesting marketing strategy.

Kirkhill said:
Could the CSC be completely non-ITAR?

Would make for an interesting marketing strategy.
Click to expand...

I doubt it. We will inevitably have systems with US IP inside of them.

However, where ever we can avoid having to deal with the US State Department, we should.
You must log in or register to reply here.