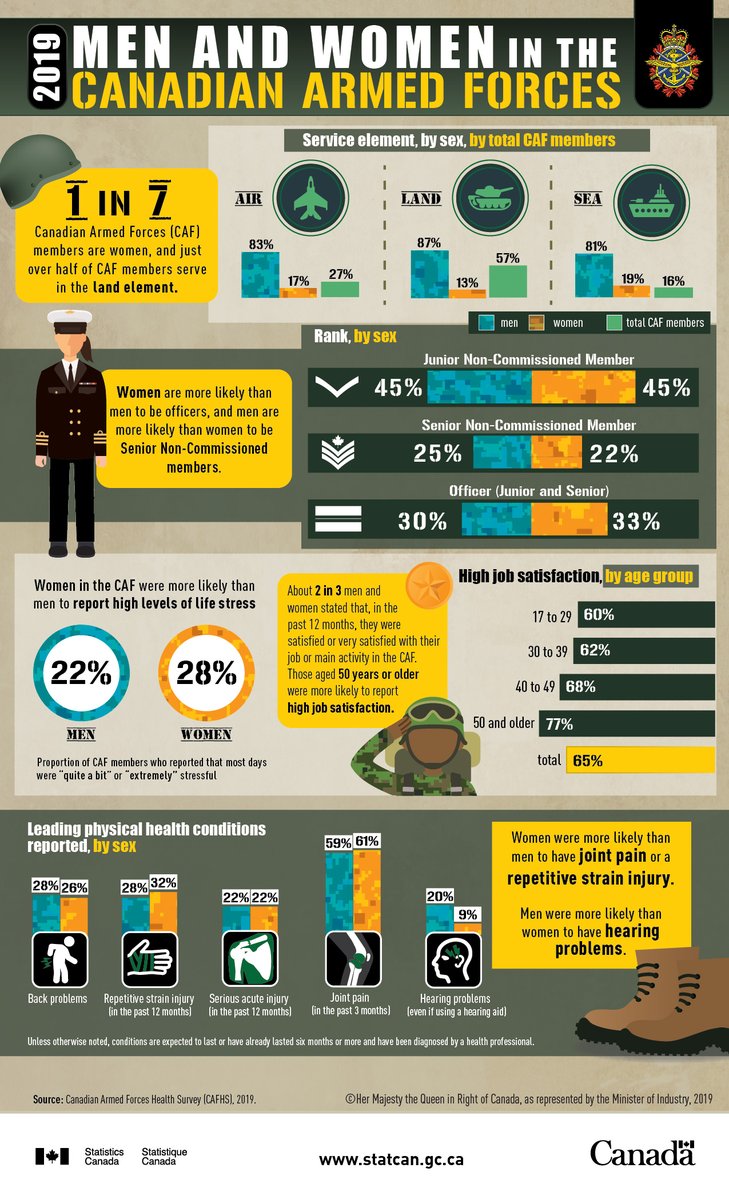 Who are the Canadian Armed Forces?


About two-thirds of members are satisfied with their job


The majority of CAF members have been deployed

Overall, 65% of CAF members had been deployed domestically or internationally. This proportion was higher among men (68%) than women (52%).

Deployment was highest (71%) among Regular Force members. Just under half of the Reserve Force (48%) had ever deployed. CAF members serving in the sea element were more likely to have deployed (72%) than those in the air (66%) or land (63%) elements. Among members who had ever deployed, 84% had done so outside of North America in support of a CAF operation or humanitarian mission.

The CAF are committed to maintaining high levels of operational effectiveness and readiness, part of which includes being physically fit to perform military, defence and security duties.

All Regular Force and Reserve Force members are expected to participate in physical fitness training and are provided opportunities to conduct these activities during normal working hours when circumstances permit.

A proposal for combined arms training for Reserve officers
2