Events and losses in Ukraine will overshadow the routine of training, however a reminder that even routine training presents danger. 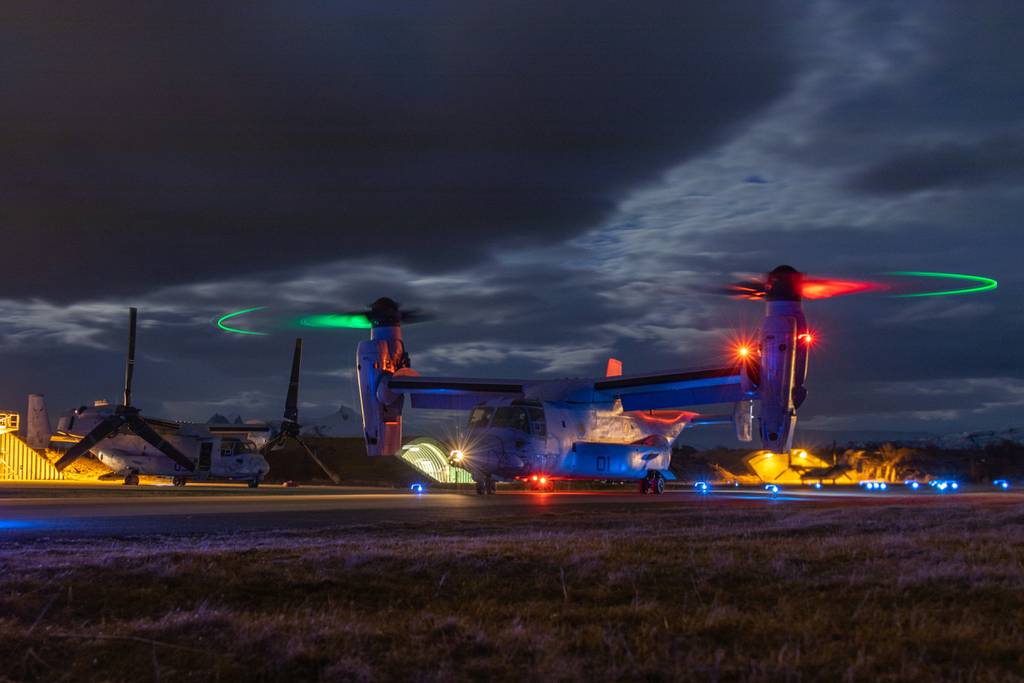 The Marines, assigned to the 2nd Marine Air Wing, were in Norway as part of the biannual Cold Response exercise.

Four U.S. Marines were killed a Friday’s MV-22 Osprey crash in their country, according to Norwegian officials.

“The police in Nordland County confirmed Saturday morning that the crew of four have died,” a statement from the Norwegian military said.

The Marines, assigned to the 2nd Marine Air Wing, were in Norway as part of the biannual Cold Response exercise.

The Marine Corps has not yet confirmed that the Marines were killed, but has listed them as missing, 1st Lt. Jacob Sugg, a II MEF spokesman told Marine Corps Times.


The Marines were flying the vehicle toward Norwegian Air Force Base Bodø, Norway, north of the Arctic Circle, when initially was reported missing around 6:30 p.m. Central European Time.

“Yesterday afternoon I was notified that an American aircraft was missing and had not arrived in Bodø according to the original plan,” Norwegian Gen. Eirik Kristoffersen, the nation’s chief of defense said in a statement. “I feared the worst, but hoped for a long time for better news.”

Norwegian search and rescue teams scrambled in search of the vehicle, eventually finding it in Gråtådalen, just south of the Norwegian base. But the inclement weather prevented rescue teams from reaching the downed aircraft by air, the defense ministry said on Friday.

“It has now sadly been confirmed that the crew on board the American aircraft died in the accident.” Kristoffersen said. “My thoughts go to the crew’s family, friends and colleagues.”

“Though the nature of military service is inherently dangerous, the safety of our Marines, Sailors, Allies and partners is our top priority. Our hearts go out to the families affected by these events,” the Marine spokesman said.

The Marine Corps is investigating the cause of the crash, but early indications suggest the harsh weather of the far northern exercise may have played a role.

Bodø was experiencing rain, heavy cloud cover and strong winds with gusts as high as 52 miles per hour when the accident took place, according to AccuWeather.com.

When not deployed, the squadron is based out of Marine Corps Air Station New River, North Carolina.

Three Marines were killed in 2017 when their MV-22B Osprey crashed off Queensland, Australia.

In 2015 one Marine was killed and 21 were injured when a Marine Osprey caught fire after a “hard landing” in Hawaii.
Click to expand...

Operational training can indeed be perilously close to the danger of true operations…many of us have 1st-person experience with that.
You must log in or register to reply here.

India’s military chief, 12 others are killed in helicopter crash