Five climbers died after a blizzard on Mount Elbrus, Russia's emergencies ministry said Friday, in one of the worst tragedies in recent years on Europe's highest peak.

Elbrus, a dormant volcano in Russia's North Caucasus region, is the highest mountain in Europe at 5,642 meters (18,510 feet) and is seeing a domestic tourist boom due to the coronavirus pandemic.

Thursday's incident struck when the weather turned on a group of climbers at an altitude of over 5,000 meters (16,000 feet).

The remaining 14 climbers were taken down to the Azau valley below and the rescue was carried out for nearly five hours in "the most difficult conditions," with strong winds, low visibility and sub-zero temperatures, the ministry said.

During the ascent, one of the climbers felt unwell and turned back with one of the guides. She later died "in his arms," the company said on Instagram.

Her guide waited for the others for several hours but later returned to base camp where he called for a rescue team.

The rest of the group continued to the summit but an "unprecedented storm" struck on their way down, Elbrus.Guide said.

One of the climbers broke his leg, further slowing down the group.

Two climbers froze to death and two others lost consciousness and died as they were brought down, the company said.

The guides and some of the participants have been hospitalized with frostbite.

Guide Anton Nikiforov — who was climbing Elbrus for the 56th time — told TV reporters that there was a strong wind that day and suggested the group could have turned around earlier.

"But I have gone up in such weather before, there were ascents and no problems," he said lying in a hospital bed.

The local branch of the health ministry said that 11 people were currently in hospital with two in intensive care.

Russian investigators said Friday that a criminal case has been launched on charges of providing services that "do not meet health and safety requirements."

The Elbrus region is a popular climbing and hiking destination in the summer and a ski resort during the winter months.

While the ascent is not considered technically difficult, there are a number of fatal incidents every year during summit attempts.

Seven climbers were found dead on Elbrus in May 2006. They were also caught out by bad weather and died from exposure.

With domestic tourism booming due to shut borders because of the coronavirus, the Elbrus region has recently seen an influx of tourists.

According to local authorities cited by the Interfax news agency, the region received 30% more visitors in the first half of 2021 compared with the same period in 2019. 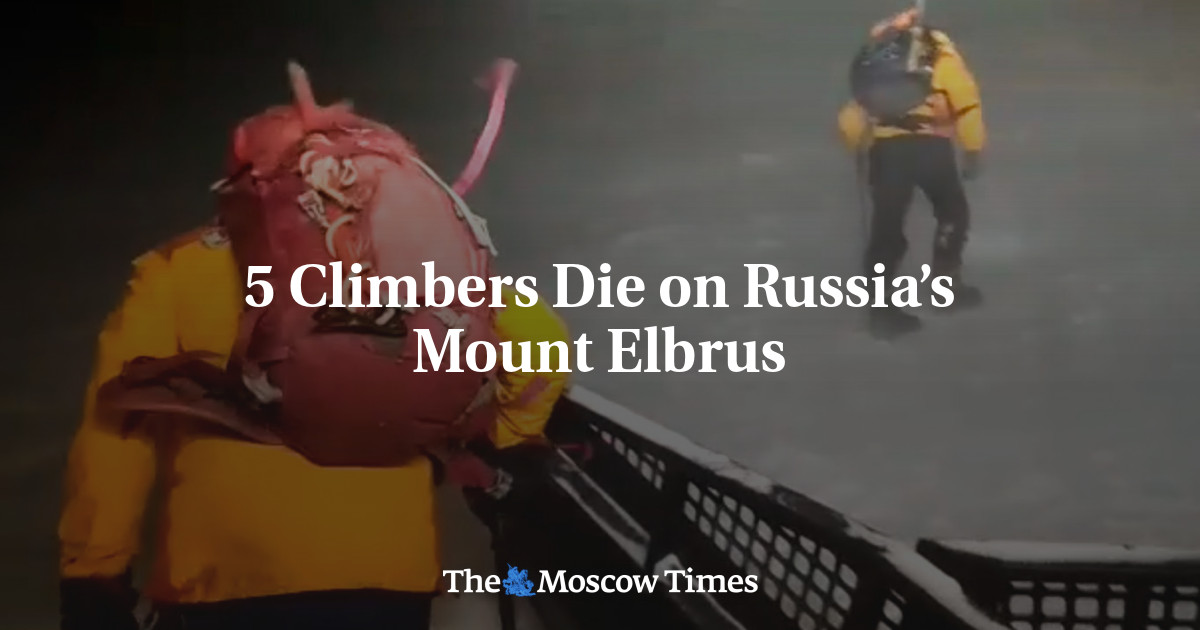 Five climbers died after a blizzard on Mount Elbrus, Russia's emergencies ministry said Friday, in one of the worst tragedies in recent years on Europe's highest peak.

www.themoscowtimes.com
You must log in or register to reply here.