A prosecutor in Georgia said he would ask a grand jury to decide if charges should be filed against a white former law enforcement officer and his son over the fatal shooting of an unarmed young black man as he ran through a small town.

The shooting of 25-year-old Ahmaud Arbery outside Brunswick, Georgia, in February was captured on videotape and posted on social media on Tuesday, stirring outrage over the reluctance of prosecutors to file charges against Gregory McMichael and his son, Travis.

The video footage, which was taken by an unidentified witness in another car, shows Arbery jogging down a narrow two-lane road and around a white pickup truck stopped in the right lane, its driver’s door open.

As Arbery crosses back in front of the truck a gunshot is fired. Arbery is then seen struggling with a man holding a long gun as a second man stands in the bed of the truck brandishing a revolver. Two more shots are heard before Arbery stumbles and falls face-down on to the asphalt.

The graphic footage has prompted an outcry and demands for justice; the activist Shaun King posted the video on Twitter, describing it as “one of the worst things I’ve seen in my entire life”.

Tom Durden, the acting district attorney for a neighboring district, said in a letter posted on Facebook that he believed “the case should be presented to the grand jury of Glynn county for consideration of criminal charges against those involved in the death of Mr Arbery”.

Durden, who was assigned to investigate the fatal shooting after prosecutors in Brunswick and a neighboring district recused themselves due to potential conflicts of interest, said he would present the case to the next available grand jury in Glynn county. That grand jury might not meet until mid-June or later because courts were under restrictions imposed by the coronavirus pandemic, he said.

According to a police report obtained by the New York Times, Gregory McMichael, a former police officer and district attorney’s investigator, told investigators the incident began when he spotted Arbery from his front yard “hauling ass” down the street.

McMichael told police that, because he suspected Arbery in a string of recent neighborhood break-ins, he summoned his son and the two men gave chase in the truck, Gregory McMichael carrying a .357 Magnum revolver and Travis armed with a shotgun.

Gregory McMichael said Arbery began to “violently attack” his son and fought over the shotgun, prompting Travis to open fire. It is not clear from the police report or the videotape if Gregory McMichael also fired on Arbery.

But it appears from the video footage that by the time the clearly unarmed Arbery is tussling with Travis McMichael, who is holding the long gun, a shot has already been fired.

The Democratic presidential candidate and presumptive nominee Joe Biden tweeted that it was clear Arbery was killed “in cold blood” and called for a full murder investigation.

For anyone interested in an update on the state and federal sentencing, 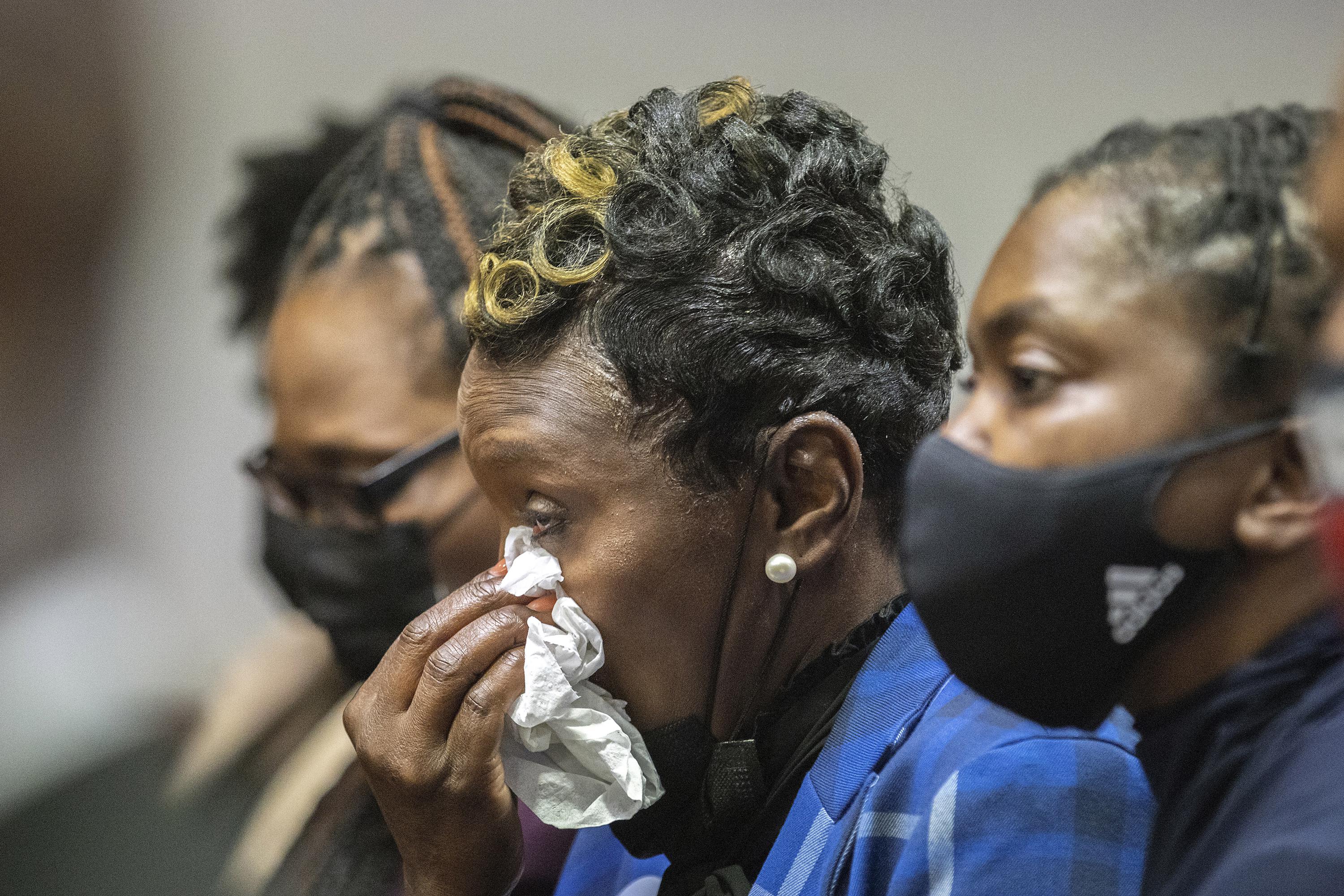 Arbery killers get life in prison; no parole for father, son

BRUNSWICK, Ga. (AP) — Three white men convicted of murder for chasing and killing Ahmaud Arbery were sentenced to life in prison Friday, with a judge denying any chance of parole for the father and son who armed themselves and initiated the deadly pursuit of the 25-year-old Black man.

mariomike said:
For anyone interested in an update on the state and federal sentencing,

Arbery killers get life in prison; no parole for father, son

BRUNSWICK, Ga. (AP) — Three white men convicted of murder for chasing and killing Ahmaud Arbery were sentenced to life in prison Friday, with a judge denying any chance of parole for the father and son who armed themselves and initiated the deadly pursuit of the 25-year-old Black man.

Contending the McMichaels still believed they didn’t do anything wrong, Dunikoski disclosed Friday that Greg McMichael gave Bryan’s cellphone video of the shooting to an attorney, who leaked it.

“He believed it was going to exonerate him,” the prosecutor said.
Click to expand...


He believed wrong.
You must log in or register to reply here.