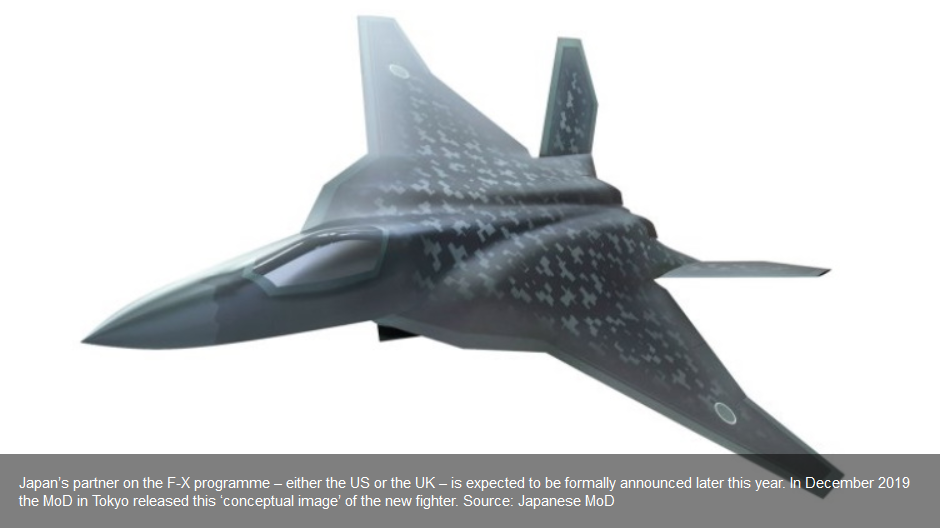 The Japanese Ministry of Defense's (MoD's) Acquisition, Technology & Logistics Agency (ATLA) has confirmed to Jane's that it plans to pursue a Japan-led development project of a next-generation fighter aircraft, rejecting proposals by foreign manufacturers, including the one by Lockheed Martin to develop a new stealthy aircraft by combining elements of the F-22 and F-35 fifth-generation fighters.

"Based on previous discussions, the option of 'developing derivatives of existing fighters' cannot be a candidate from the perspective of a Japan-led development, and the MoD has come to the conclusion that we will develop a new model, and also this has been communicated to Lockheed Martin," an ATLA spokesperson told Jane's on 1 April.

"We recognise we have built up enough technology to make a fighter development project possible domestically," he added, pointing out, however, that, as mentioned in the MoD's Mid-Term Defense Program (MTDP), the project includes the possibility of international collaboration.

As Jane's reported on 11 March, the United Kingdom and the United States emerged as the front-runners in Japan's fighter development project - called 'F-X' - following a series of requests for information (RFIs) in 2018.

The US offer is known to include a 'hybrid' of technologies and design features from the Lockheed Martin F-22 Raptor multirole fighter and the F-35 Joint Strike Fighter, although companies including Boeing and Northrop Grumman also responded to the RFIs and would likely play a role in an inter-government project.

The UK partnership offer would be led by BAE Systems but would similarly involve other UK companies. This would be framed around some of the technologies and design features of the Tempest conceptual fighter that the UK is planning to develop.