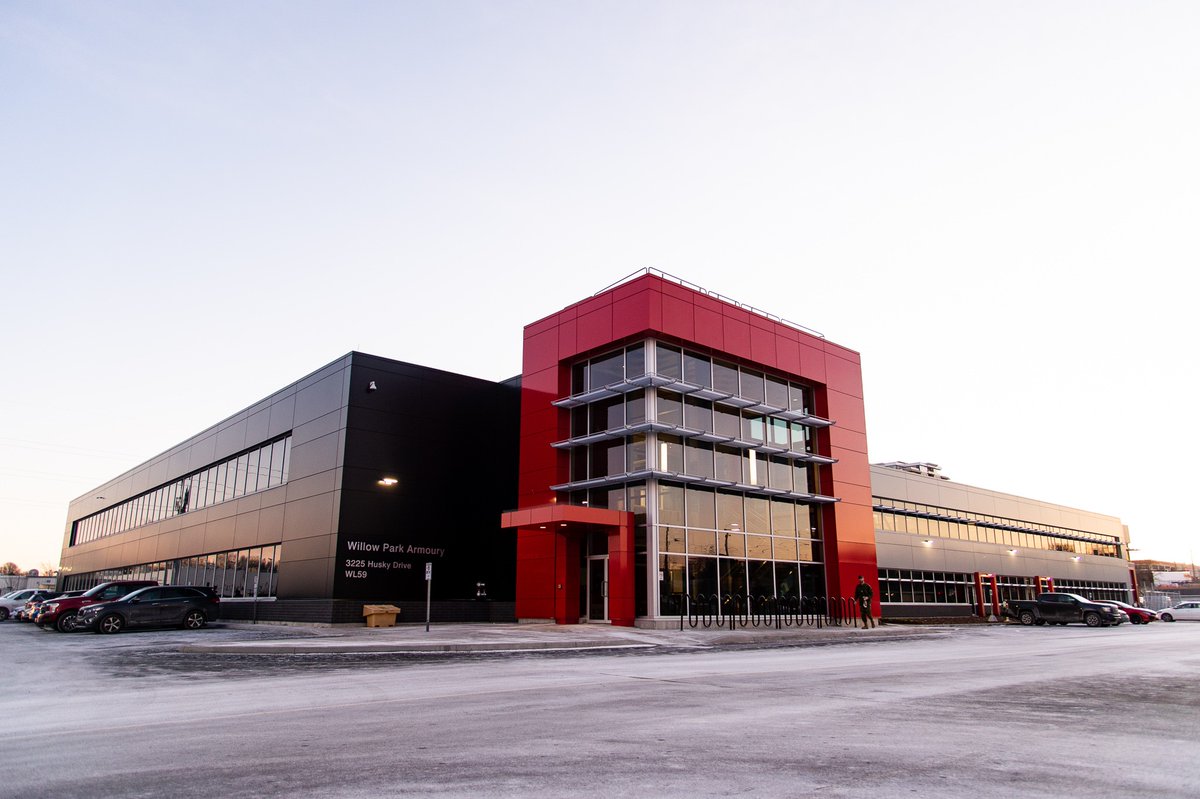 
Halifax may be known as a navy town but on Wednesday the Canadian Army showed off a big addition to its presence in the city — a new $55-million armoury.

"We are making strategic investments in critical infrastructure across the country to increase the size of our reserve forces by 1,500 members," Jordan said. "Our government is proud to invest in a strong and modern and capable reserve force. This $55-million investment in Willow Park is part of that effort."


Who will use it?

Col. John MacDonald of 36 Brigade is in charge of these citizen soldiers.

"They're your neighbours. They are civil servants, they are teachers and many are students — high school, university — which allows them ... to take advantage of the full-time summer employment program and work as much or as little of the summer as they want to help offset tuition cost," MacDonald said.

Bird Construction built the armoury and is finishing another project of similar size — a new fleet training school for the navy at nearby Stadacona.

Speaking after the armoury ribbon cutting, operations manager John Duggan said the military is a key client for his company throughout the Atlantic region.

"This project, in particular, was 250 people that had jobs because of it and you know there's multiple projects and we're not the only general contractor that builds for DND," Duggan said.

"The military has an economic footprint of hundreds of millions of dollars," said CFB Halifax commander Capt. David Mazur.

In the 2016-17 year, the Department of Defence carried out a socio-economic impact analysis of CFB Halifax and 12 Wing Shearwater.

According to the analysis, the base spent $684 million locally in 2014-15, accounting for nearly 10 per cent of Halifax's GDP.

"We have about 11,000 military and civilian people that work in and around CFB Halifax," Mazur said.

Like all new DND buildings, the Willow Park armoury was built to Leadership in Energy and Environmental Design (LEED) Silver standards, which includes high efficiency heating and cooling systems.

DND is striving to reduce greenhouse gas emissions from its buildings and non-military vehicles by 40 per cent from 2005 levels by 2030.

Willow Park will be used by reservists from across Atlantic Canada.
Click to expand...

So the PLF and the Arty folks are still in the old Armouries downtown? Where are the Halifax Rifles training out of?

I didn't know that; it's been a few years now since I've been around there.  Where are they located, in the spaces on the lower base (E Bldg, etc) down by FDU (A)?  I heard 406 is now completely located in the new MH facility.

Eye In The Sky said:
I didn't know that; it's been a few years now since I've been around there.  Where are they located, in the spaces on the lower base (E Bldg, etc) down by FDU (A)?  I heard 406 is now completely located in the new MH facility.
Click to expand...

They are down near FDU(A) you can see 2 SEV'S on google maps (sat view) near marine parade...
P

As I wrote in response to your other post...

Welcome to Army.ca. Please review our policies and guidelines found on the Army.ca Admin board. We ask that if users are going to post, they contribute to the threads with proper discussion.

Eye In The Sky said:
So the PLF and the Arty folks are still in the old Armouries downtown? Where are the Halifax Rifles training out of?
Click to expand...

1 Fd is out at Bayers Lake all alone in its own super special armoury. Has been for a while.
You must log in or register to reply here.