Perhaps their normal recruiting efforts aimed at American high school graduates as well as the recent DoD-wide MAVNI program for recruiting from non-resident foreigners already in effect state-side won't be enough to plug the gaps?

The largest challenge facing the surface fleet is continuing to maintain and deploy ready warships amid a shortage of 8,000 sailors, the surface Navy’s top boss said Tuesday.

Vice Adm. Tom Copeman said the gaps, which amount to 15 percent of the fleet’s billets, have compelled officials to take last-ditch manning actions, such as swapping sailors onto deploying ships to fill critical gaps.

“The top readiness deficit is the correct number of people with the correct skill sets and experiences on the ships,” Copeman said in answer to an audience question at the opening day of the Surface Navy Association’s annual symposium outside Washington, D.C. “It manifests itself in a bunch of different ways. We do a lot of cross-decks ... and we do them as ships get ready to go out the door on certain skill sets that we don’t have enough of.”

The factors behind the shortage include end strength, the Navy’s school system, the civilian job market, and the size and type of sea duty bonuses, Copeman said.

“That’s why it’s my No. 1 priority in the long-term to fix that,” Copeman said in the Q-and-A after his speech kicking-off the three-day conference. “Because if you got the right number of people that really know what they’re doing in how to operate and fix their gear, you can do anything.”

Officials are expected to lay out some new plans — including boosted bonuses — to plug some of these gaps. Copeman also discussed boosting the sailor’s quality of service by improving systems to help them do their job and ensure they’re satisfied with their work.

Copeman said the other top challenges are “the amount of money that we have for modernization and maintenance” and more “commonality” between ships to simplify maintenance and training.

Personnel officials say they’ve made significant headway on filling fleet gaps in the past few years and note that the number of sailors swapped between ships is down, even if there’s more work to do.

“We continue to work the at-sea manning issue very hard,” said Lt. Cmdr. Chris Servello, chief of naval personnel spokesman, in an email. “Last minute manning actions continue to go down and gaps at sea are shrinking — but we recognize there is still more work to be done as we seek to improve our FIT/FILL numbers fleetwide.”
Click to expand...

With chronic high unemployment since 2008 and the smallest Navy approaching pre WWI levels, something is defiantly wrong.

MAVNI program is not for white people, male or female, just like don't bother trying to emigrate unless you are an Hispanic illegal alien. Democratic party politics (votes).

I love how they qualify "swapping sailors onto deploying ships to fill critical gaps" as "last-ditch manning action".

We've been at that stage for what, forty or forty-five years now, in Canada?
F

As far as I know MAVNI program is available for NAVY to utilize but not being used for current program. However the army is utilizing all the allocated slots and airforce some.
From what I have seen of navy MAVNI they recruited very few people in the initial pilot program.
O

Oldgateboatdriver said:
I love how they qualify "swapping sailors onto deploying ships to fill critical gaps" as "last-ditch manning action".

We've been at that stage for what, forty or forty-five years now, in Canada?
Click to expand...

Way more than that. I remember reading somewhere that for a time there were enough available sailors in Halifax to man either the aircraft carrier HMCS Magnificent, or her escorts, but not both at the same time. So the Maggie would go for a sail with notional escorts, conduct some flight ops, and would then go back to Halifax, swap crews, and all the destroyers would go out and exercise how to defend and escort an aircraft carrier that was now alongside with minimal crew. 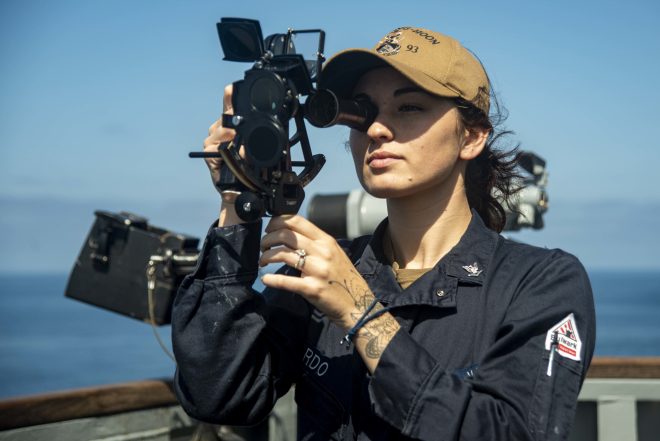 news.usni.org
You must log in or register to reply here.