Right now given that we are looking at a Life Extention to bring them to the 2035 timeframe (give or take) base on what I've read in the press. If that's the case there is only one submarine program that may meet a replacement in time that would match Canadian requirements for the most part. (long range, warm and cold waters, probably 3000+ tones)

That's the Dutch replacement program. The Australian one is experiencing some significant delays. The Dutch are looking to replace four submarines which means we could get into their production line much quicker than Australia's. The Dutch, given their reputation, will build quickly and efficiently.

What I don't know but would like to find out is how much of a submarine build is "blue sky" aka put equipment in before you enclose the space. If the submarine can be built for the most part in the Netherlands but combat systems can be integrated in Canada that would be the best of both worlds. It certainly helps that the Netherlands uses the Mk 48 torpedo for the Walrus class, indicating to me that they are likely to continue on that path with a new sub.
U

Underway said:
The Dutch are looking to replace four submarines which means we could get into their production line much quicker than Australia's. The Dutch, given their reputation, will build quickly and efficiently.
Click to expand...

Will their submarines be built in the Netherlands? I thought that Rotterdamsche Droogdok Maatschappij, the company that built the Walrus-class submarines, no longer exists.

Uzlu said:
Will their submarines be built in the Netherlands? I thought that Rotterdamsche Droogdok Maatschappij, the company that built the Walrus-class submarines, no longer exists.
Click to expand...

From what I have found online it looks like each of the main bidders has partnered with a Dutch shipbuilder. However, given how the Dutch do things I wouldn't be surprised if the hull was built somewhere else and then the platforms/modules were installed in the Netherlands.

I've snipped the following infographic from the Saab bid webpage as an example. This is one way Canada could increase its involvement in a build program for Canadian content. Ship the hull from in from somewhere else and then insert the modules inside. It would certainly simplify the specialized equipment needed to build a submarine. 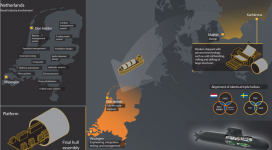 Canada’s most modern submarine returns to the water

Corner Brook was in an Extended Docking Work Period (EDWP) since 2015 in Esquimalt. Repairs included damage caused by a grounding in 2011 along with other more intrusive maintenance routines that can only be conducted in a long maintenance period in dry dock.

The EDWP also included several notable upgrades such as a new communication mast called the Universal Modular Mast, which allows high-speed, highly-secure, jam-resistant satellite communications with shore. It also received the BQQ-10 sonar suite. The difference between the BQQ-10 and the previous 2040 sonar suite range from a significant increase in the amount of processing that occurs after data is received from a Victoria-class submarine sonar systems to how that information is displayed to the operators.

Corner Brook is now able to fire the Mk48 7AT torpedoes, a significant upgrade to the current weapon, the Mk48 4M.

In addition to these upgrades, and separate from the work conducted on Corner Brook during this period, is the Victoria-class Modernization (VCM) effort, which aims to ensure the submarines remain operationally relevant until the mid-to-late 2030s.
Click to expand... 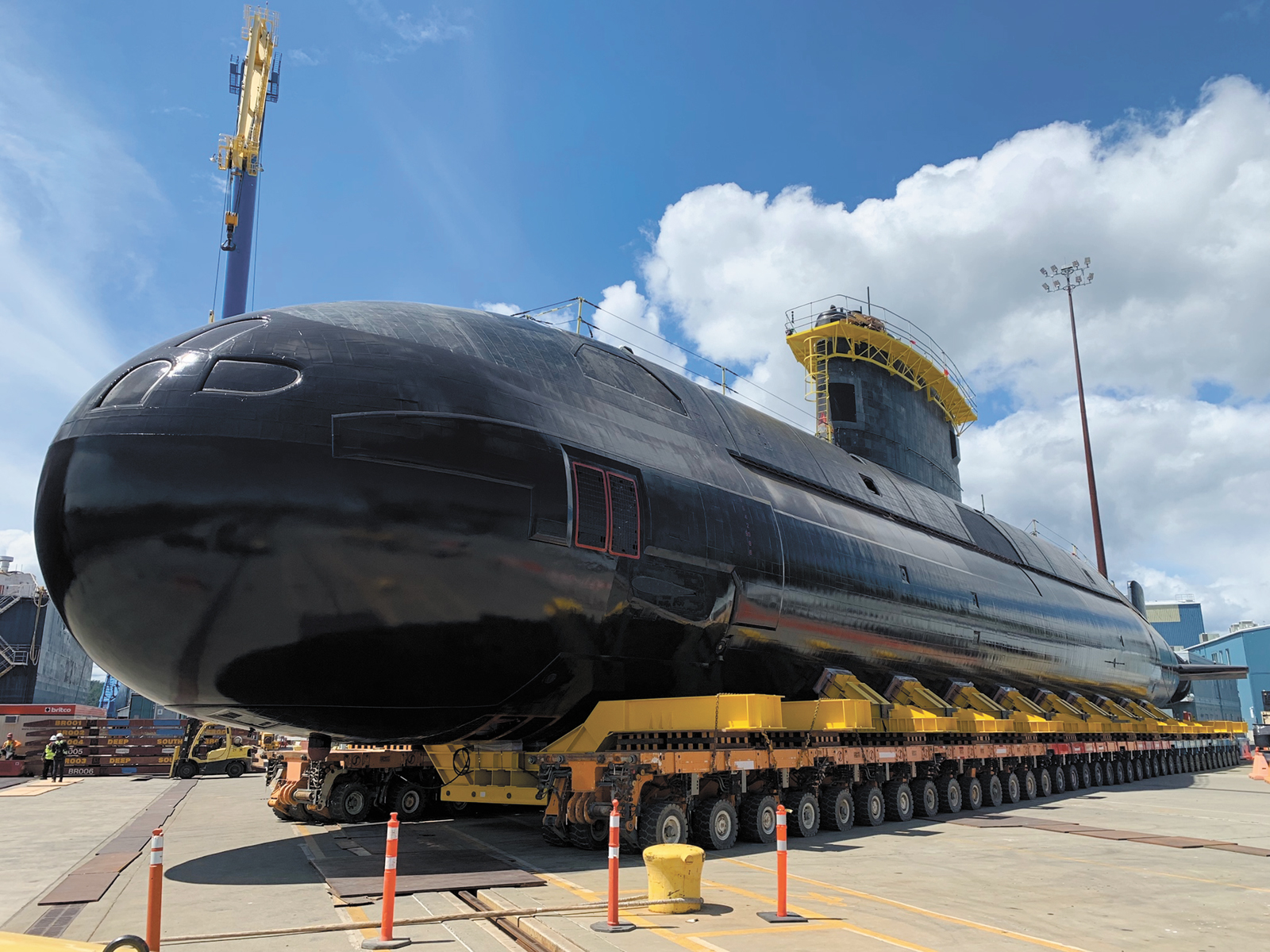 Canada’s most modern submarine returns to the water

When Her Majesty’s Canadian Submarine (HMCS) Corner Brook began its undocking on June 13, it became the most modern submarine in the Royal Canadian Navy (RCN).

Latest on the Victoria class modernization: 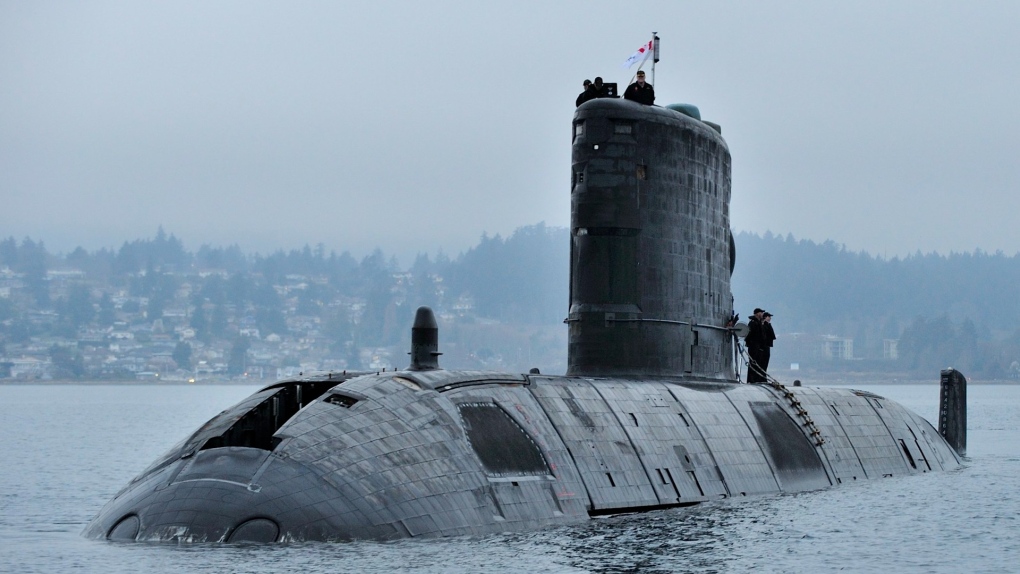 The Canadian navy is on the hunt for a new system to defeat hostile torpedoes as it works to extend the life of its four Victoria-class submarines through the mid-2030s. 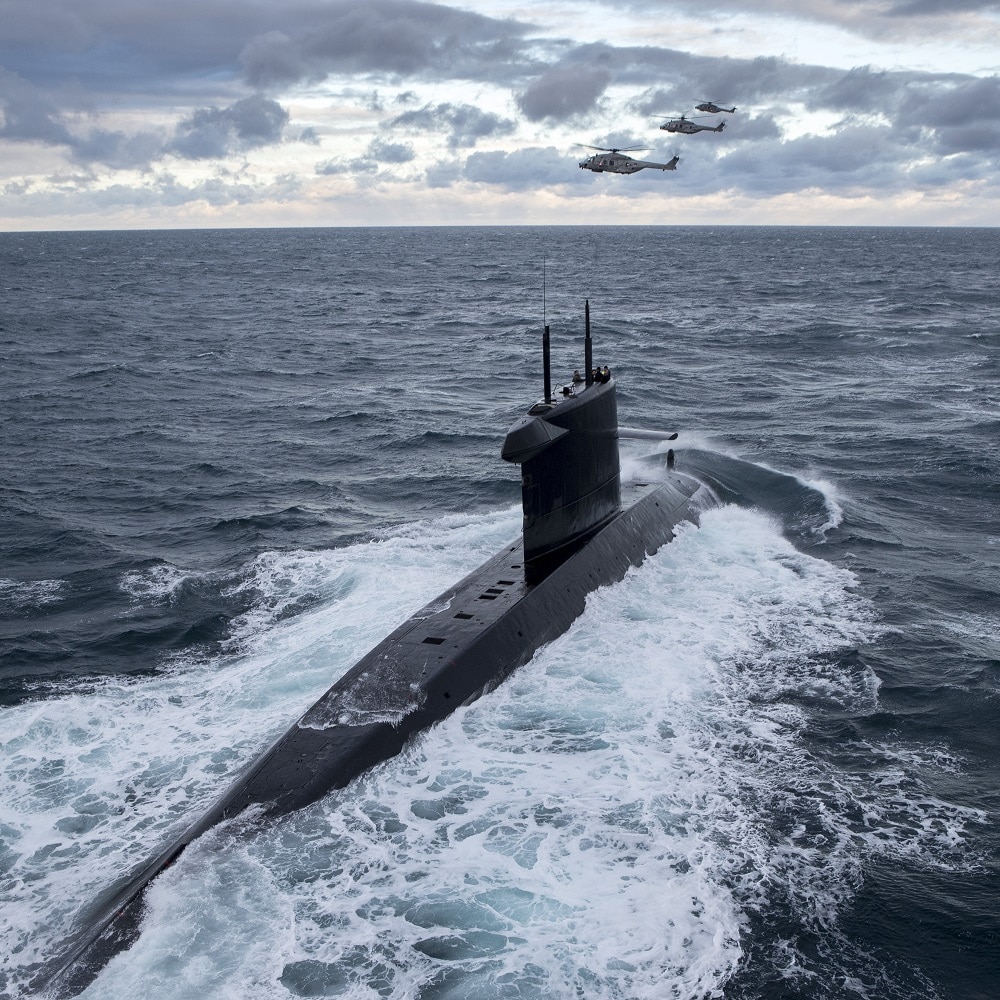 The Dutch "Walrus-class submarine replacement program" reached a new milestone today: The ministry of defense (MoD) of the Netherlands submitted the request for quotation (RFQ) to the three competing shipyards.

the Dutch program moves on while we wait on our possible replacement
You must log in or register to reply here.

Australia to become major hub for US submarines

Why Are Some People More Reluctant to Network Than Others?

Why Success Doesn’t Lead to Satisfaction