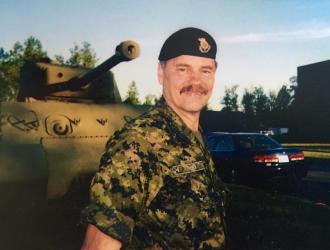 It is with profound sadness that the family of the late Thomas Roy Duke announce his passing. Following a short battle with esophageal cancer, surrounded by his loving family, Tom passed on Tuesday, March 28, 2017 at The Moncton Hospital. Born in Tracadie, NB, he was the son of the late John and Margaret (Golding) Duke.

Tom was a retired Air Traffic Controller with Nav- Canada in Riverview. He was also LCol (Red’t) CO of The 8th Canadian Hussars. After serving in the CAF home and abroad for 42 years, Tom’s interests were anything involving airplanes, military and travel. As well as being an entrepreneur and having a passion for business, he thoroughly enjoyed making a deal with everyone he had business with. His passion for business, work, and helping the less fortunate made for a very busy life which he thrived on. He was never idle but always had time for the most important part of his life – his family, which he was very proud of.

He will be sadly missed by his loving wife Judy (Mawhinney); children Natalie, Thomas Jr., and Emma; his special friend, "Paws"; brothers Richard (Paulette) and Kenneth both of Fredericton; father-in-law Ralph Mawhinney; brother-in-law John Mawhinney; as well as his nieces and nephews. Besides his parents, he was predeceased by an infant brother Gary; an infant sister Margaret; and his mother-in-law Irene Mawhinney.

The family will be receiving relatives and friends at Cobb’s Funeral Home and Cremation Center, 330 Whitepine Rd., Riverview on Thursday from 2-4 & 6-8 with parish prayers and sharing of memories taking place at 7:30pm. A funeral service will take place at Cobb’s Funeral Home Memorial Chapel on Friday, March 31, 2017 at 10:30am with Father Charles Broderick presiding and Rev. Jerry Reddy assisting. In lieu of flowers, Tom would appreciate donations to Hospice Moncton, Charlotte Co. Cancer Society, Local Food Banks or a memorial of the donor’s choice. Online condolences may be expressed at www.cobbsfuneralhome.ca
Click to expand... 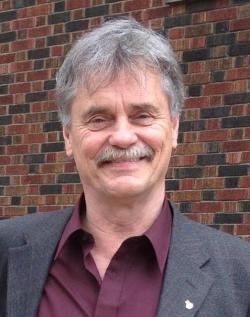 RIP Tom.  I still have fond memories of our days as young officers in Aldershot, N.S.
L

"Tom was a retired Air Traffic Controller with Nav- Canada"

Was he ever a military ATC? He looks familiar, but if he's the guy that I'm thinking about, then the last time that I saw him would likely have been 1980, or possibly 1982.
You must log in or register to reply here.