I guess life in the Rangers wasn't exciting enough for these knuckleheads: :gunner:

TACOMA, Wash. (AP) — Three Fort Lewis soldiers have been charged in a south Tacoma bank robbery earlier this week. Two soldiers have been arrested and the third was sought on a warrant, the FBI said Thursday.
The trio are members of the Army's elite Rangers unit at Fort Lewis, The Seattle Times reported, adding the bank lost $54,000.

Alex Blum, Luke Sommer and Chad Palmer each hold the rank of private first class and are attached to "C" Company, 2nd Battalion, 75th Ranger Regiment, according to charging papers filed in federal court. A Fort Lewis spokeswoman declined comment. FBI agents arrested Blum, 19, on Wednesday in Denver, Colo., where he was visiting family. Palmer, 20. was arrested in Chesapeake, Va., where he, too, was visiting family, The News Tribune reported. A warrant has been issued for Sommer, the FBI said. According to the charging papers, Capt. Clinton Fuller, commander of "C" Company, told FBI investigators that Sommer is on leave and traveling in British Columbia.

Prosecutors allege five men entered a Bank of America branch about 5 p.m. Monday, wearing ski masks and brandishing handguns and rifles. Tacoma police said the robbers forced people in the bank to the floor at gunpoint. The robbers fled in a silver Audi and a witness wrote down the license number. According to charging papers, the car is registered in Colorado to Blum and his father. A search warrant served Wednesday at Fort Lewis turned up guns and some of the money from the robbery, Tacoma police Detective Chris Taylor said. Investigators don't know who the other two men are, said FBI spokesman Ray Lauer.
G

Uhhh....driving your own car? These are the Romper Room Rejects of the Army Rangers. dumb, just plain dumb.

Roger that, Gap. These guys climbed out of the shallow end of the gene pool.

Maybe I am wrong, but wasn't Ft. Lewis the same base where a bunch of soldiers were charged fairly recently with selling weapons and other prohibited military equipment to the highest bidders off the base??

What the hell is up with this place??

My I think they should have watched "Heat" more.

Maybe I am wrong, but wasn't Ft. Lewis the same base where a bunch of soldiers were charged fairly recently with selling weapons and other prohibited military equipment to the highest bidders off the base??

What the hell is up with this place??
Click to expand...


Luke Sommer was arrested at West Bank, BC by the RCMP.  Guess he thought the police would never think of going to his parent's place to look for him  :


These idiots really ****** up their lives, an brought a lot of bad publicity down on their Battalion an Regiment.

Good thing the cops didn't show up while these guys were robbing the bank, with the training they had a lot of cops would have been killed/wounded.

One of the robbers involved in this incident is an ex-reservist :-[...  Tigrey Robinson, from Peachland BC, was a BCD for a few months or so.  I was on a drivers course with him back in '05.  He showed up one weekend complaining about how bored he was with the course.  The next weekend he never showed up.. hence AWOL - never saw him after that except for at a party for a brief moment.

I know people who know him and they say he's pretty bummed about this situation (obviously).  Apparently he says that he was 'dragged' into the situation - he was a nice kid which it's too bad...  I guess there are 2 sides to every coin.

Anyway, just thought I'd throw that out there.

The Generals Son said:
I know people who know him and they say he's pretty bummed about this situation (obviously).  Apparently he says that he was 'dragged' into the situation - he was a nice kid which it's too bad...  I guess there are 2 sides to every coin.
Click to expand...

I find nearly every criminal scumbag has some bleeding heart who waxes poetic about what a "great kid" he was, and how it is obviously someone else's fault that he acted the way he did.

It would be pretty hard to rob a bank while dragging someone with you. He was a participant who got caught and is now wriggling like a worm on a hook.

As was stated: "He was bored".  He was bored and craved some excitement.  Then he got caught.  Hell of a time to decide that it wasn't a good idea.
M

Disregard that, just searched google an found an article on it with his name.  That's ****** up, I've known the guy for like 2 years, can't believe he was one of the robbers.  Guess he helped out his friend that was in the Battalion...

No, he didn't "help out his friend". You don't "help out" your buddy by becoming a goddamn thief!

Shortly after Luke Sommer was arrested in connection with the takeover robbery of a Tacoma bank in August, the former Army Ranger told Canadian police he had orchestrated the heist — and his capture — to expose war crimes by U.S. troops in Iraq and Afghanistan.

But an Army investigation into Sommer's claims concluded "the offenses did not occur as [Sommer] alleged," according to a recently declassified report.

The inquiry into Sommer's war-crimes claims, conducted by the Army's Criminal Investigative Division (CID) in Fort Belvoir, Va., was completed Oct. 25, 2006. The Seattle Times recently received a copy of the seven-page investigative report in reply to a Freedom of Information Act request.

Sommer, who holds dual U.S.-Canadian citizenship, disappeared last month from his mother's home in Peachland, B.C., where he was on house arrest for his alleged involvement in the robbery of the Bank of America branch on South Tacoma Way. He was scheduled to face an extradition hearing last week.

The Royal Canadian Mounted Police have issued a warrant for Sommer's arrest. He was last seen June 27.

Before the Tacoma robbery, Sommer was a specialist attached to C Company, 2nd Battalion, 75th Ranger Regiment based at Fort Lewis.

Shortly before 5:15 p.m. on Aug. 7, a silver Audi A4 pulled up behind the bank branch. Four masked men wearing body armor got out and stormed the bank.

One of the robbers leaped a glass barrier and collected cash. Another put a gun to a teller's head and ordered her to open the vault. Two men armed with AK-47s kept watch.

The FBI would later say the robbery was carried out with "military-style precision and planning."

A witness who saw the car provided police with a license-plate number, which was traced to an Army Ranger at Fort Lewis.

Sommer was arrested in Westbank, B.C., on Aug. 11
Federal prosecutors alleged that Sommer's motive for the robbery was to raise funds to start a crime family to rival the Hells Angels for control of the drug trade in the Kelowna, B.C., area. But Sommer told The Seattle Times in December that his motive was, rather, to gain notoriety that he could use to expose war crimes by U.S. troops in Iraq and Afghanistan.

Shortly after his arrest, Sommer told authorities about a variety of war crimes he allegedly witnessed in Iraq in 2004 and Afghanistan in 2005, according to a transcript of the interview. Sommer said he saw a woman raped by members of the Army's elite Delta Force while guarding prisoners in Baghdad and said some of his fellow Rangers had videotaped evidence that Navy Seals murdered handcuffed prisoners in Afghanistan.

"All investigative activity, including pertinent interviews and thorough review of official reports and documents, did not establish any evidence to corroborate [Sommer's] allegations of rape in Iraq and murder in Afghanistan," according to the report.

The bulk of the investigation consisted of interviews with 14 current and former Rangers at Fort Lewis on Sept. 26 and 27. Virtually everyone interviewed said that they did not believe Sommer's allegations, they had not heard the stories previously and they did not believe there was evidence to support them.

Sommer said the rape he witnessed in Baghdad occurred in the back of an empty truck trailer.

But Sommer's platoon sergeant said he "didn't recall any female detainees during that deployment and related there were no 'trailers' at the [site]."

Several sergeants who served with Sommer likewise said they did not remember any female prisoners during their unit's deployment to Iraq.

The investigator later reviewed "operational records and documents" and determined the "only female detainees identified during the month of October 2004" — when Sommer was in Baghdad — "were captured after [Sommer] departed and therefore have no relevance."

Sommer's allegations of executions by Navy Seals in Afghanistan in 2005 receive scant attention in the report, but a staff sergeant who said he was Sommer's first team leader said he "suspected he was the Ranger [whom Sommer] was referring to as having originated the execution story ... because he is the only one of [Sommer's] peers to have risen to a squad leader."

CID did not interview any representatives of Delta Force or the Navy Seals, and no interviews were done in Iraq or Afghanistan.

Nonetheless, the military says it has no doubt that Sommer's war-crimes allegations are groundless.

"We have complete trust and confidence in the abilities of the CID to conduct a thorough and complete investigation, and we are satisfied with the results of their investigation," said Lt. Col. Edward Nye, a spokesman for U.S. Army Special Operations Command at Fort Bragg, N.C.

The article fails to mention that these retards used a personal car when stealing the money from a bank then driving it back on too Fort Lewis, then hiding the money in the barracks room.  Ahh, Rangers has the same amount of letters as Retards  Take care Can-Am

Can-american said:
Ahh, Rangers has the same amount of letters as Retards
Click to expand...

And what does that have to do with anything?

Well they can contemplate their demise while their breaking big rocks into smaller rocks in Leavenworth for the next 15-20 years. Looks good on them.!

You would think that with all that ranger training , they would have the smarts to try and escape and evade for a while, at least make the story a bit more interesting. Dumb asses!

I'm not gonna sugarcoat it..

there are MANY shady unscrupulous individuals in the us army.  There are many (mainly young gangbanger punks) i would not want covering my back in combat.

But MOST soldiers are pretty damn standup tho and follow the army values (LDRSHIP).

In a 45-page motion filed in June by the former Ranger, Sommer contested that his actions as a 20-year-old were orchestrated by a brain that, in the average male, “does not fully develop until 25,” he wrote. The motion cited science Sommer says was not available at the time of his sentencing.
Click to expand... 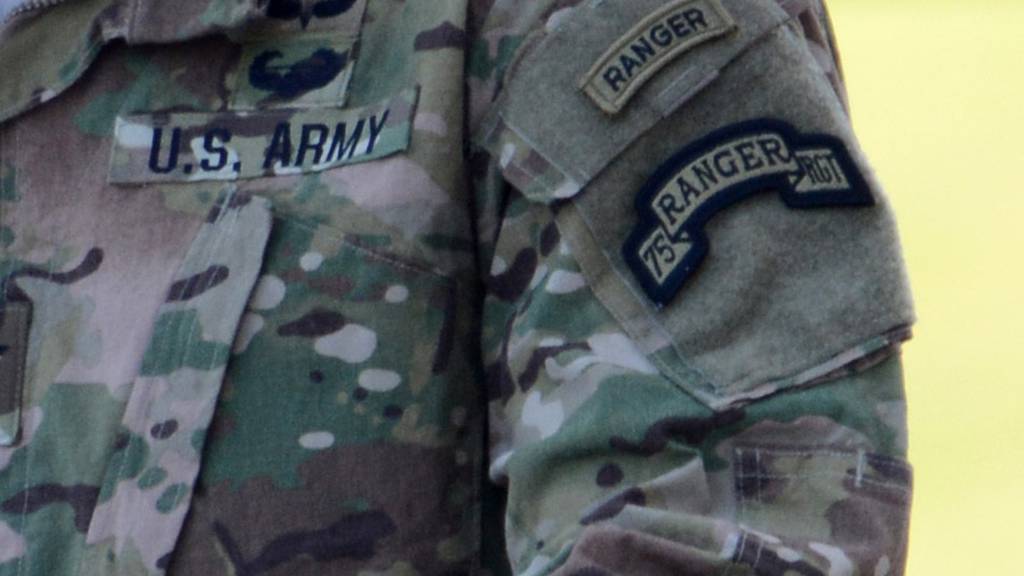 The defendant argued that his actions as a 20-year-old were orchestrated by a brain that “does not fully develop until 25.”

www.militarytimes.com
You must log in or register to reply here.