NavyShooter said:
I'll note that because of the regular petty thievery at ISI that's been experienced over the years, the RCN pulls off all of our fire-fighting gear when we send a ship into refit there.

We had a couple of ships come out with every one of the hoses on all hose stations requiring replacement due to the hose-ends being cut off (a pound of brass each, times 4 hoses = about 8 pounds of brass per hose station, which ends up being worth about $15-17 in scrap metal. Add to that all the lazy-rod covers, and anything else brass that could be fit into a lunch-box, and well, you end up with a decent amount of scrap brass to steal.

Add to that, the ISI workers using our fire extinguishers for their sentry duties, and not bringing them back...or just taking them completely off the ship when they leave, and you have a big problem.

Some of the crew berthing areas end up having to be locked so that ISI workers don't take a nap during their work day, and basically, there's a whole lot of extra work that goes into getting these spaces secured, then opened for 'work' during a Docking at ISI.

If one of our ships undergoing an 'unmanned' refit in ISI caught fire, we'd be in a similar state.
Click to expand...

I think any DWP (manned or unmanned) would have the same results; all the FF systems are offline, so you just have local extinguishers for first response, and then you evacuate. That's why we have daily FF rounds, strict hotwork procedures etc, as you are pretty much hooped if you have a fire that can't be put out with an extinguisher, and with the ship out of the water and ongoing work on the firemain, your only FF source is the jetty connections.

Land based firefighters in Halifax, Vancouver and QC will just focus on life safety, and do a risk assessment on whether they can put the fire out. They'd have to run hoses into the ship, so would take a while to get a safe route in to get to any fire down low, so may just be a defensive effort if they can confine the fire to one zone. In the builds there are a bunch of precautions and temp systems in place to prevent/detect fires, but once it gets started, options to contain/suppress are pretty minimal.

This was actually an alongside maintenance period though, which sounds more like an EWP2 after a DWP, where most stuff is still online, and a lot of contractors working onboard while the ship was in the USN dockyard. The hoses etc were supposed to be set up, and sounds like the local detection/suppresion was isolated to allow for the hot work (which is totally normal). Look forward to reading the detailed report, but sounds like there was supposed to be a bunch of basic gear fitted that wasn't working (like some hose stations) and a whole bunch of other basic things (like an effective duty watch response). That's all the stuff we try and do in week one, but I'm positive we have a few operational ships sitting around in more or less this exact same condition but haven't had our number come up yet. They have a much bigger fleet, but we still have at least one near miss or minor fire a month, and something relatively major once a year or so.

In our case I don't think it's a ship leadership issue; the crews are set up for failure with the minimum crewing levels, brutal material state, insane schedules and no feasible resource load to get them out the door, on top of things like the failed Martech rollout and plummeting trade numbers. It's all really coming to a head, so hoping a few ships get tied up and the general fleet op tempo is reduced to allow for repairs before we have our own Bonhomme Richard and someone gets killed. 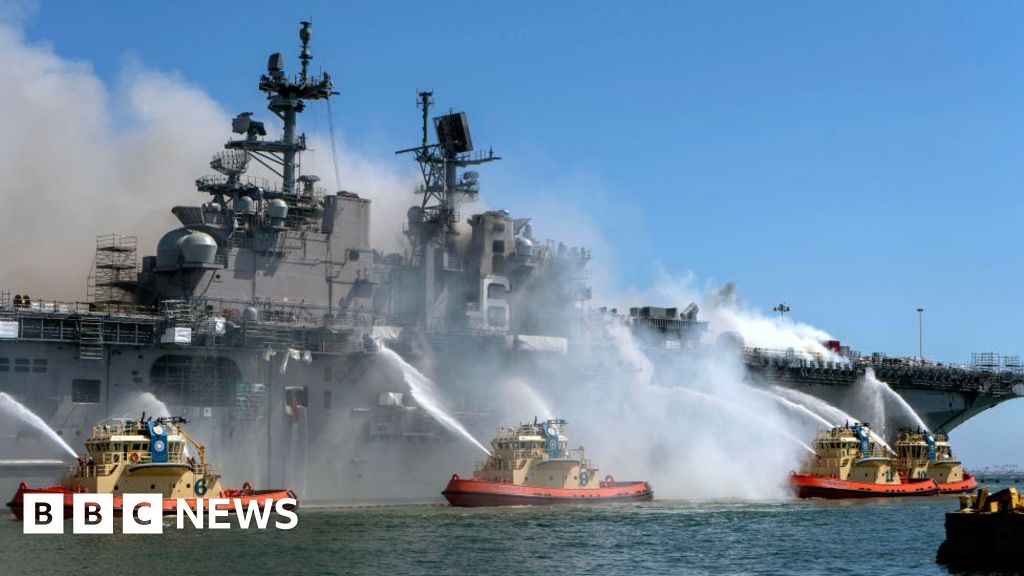 A newly unsealed warrant also reveals suspicions that fire stations on the ship were sabotaged.
www.bbc.com

Well now..... anyone else hear of a disgruntled coworker costing your work billions?
Click to expand...

Hearing today to determine whether there is enough evidence to order a court martial: 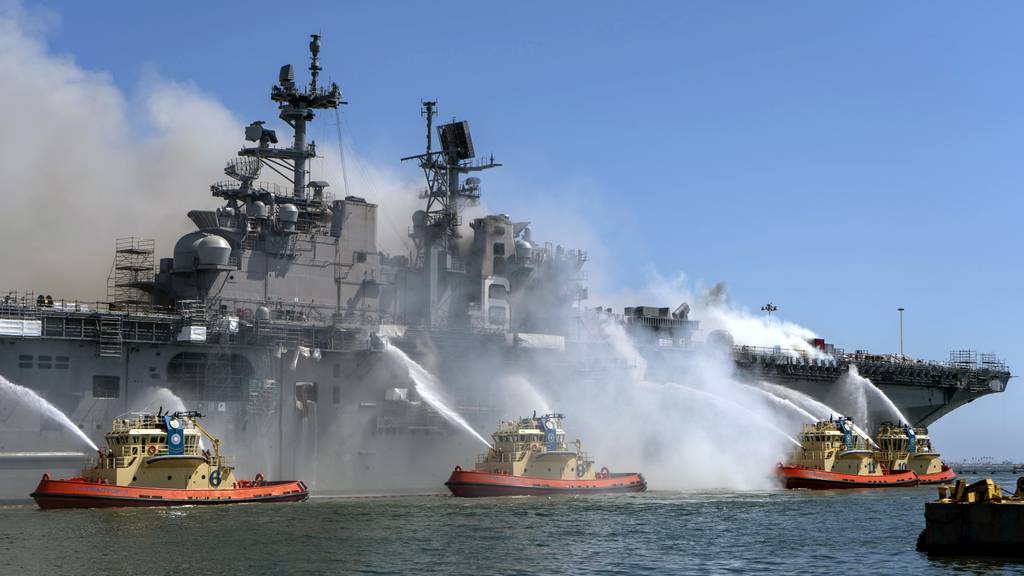 Navy to hold hearing for sailor accused of igniting warship

Ryan Sawyer Mays, a junior sailor, was charged with aggravated arson and the willful hazarding of a vessel.

Shown in court was a photograph Thoresen had taken of the damaged wire, held in his gloved hand, along with images of the forklift and fire-damaged scene in the Lower V. “It’s definitive that it’s arcing,” said Thoresen, who’s investigated more than 3,000 fire scenes over his 20-year career.

“We know definitively it was from electrical heat and not the heat of the fire” that caused the copper to melt, he added in response to a question from Capt. Angela Tang, the hearing officer. 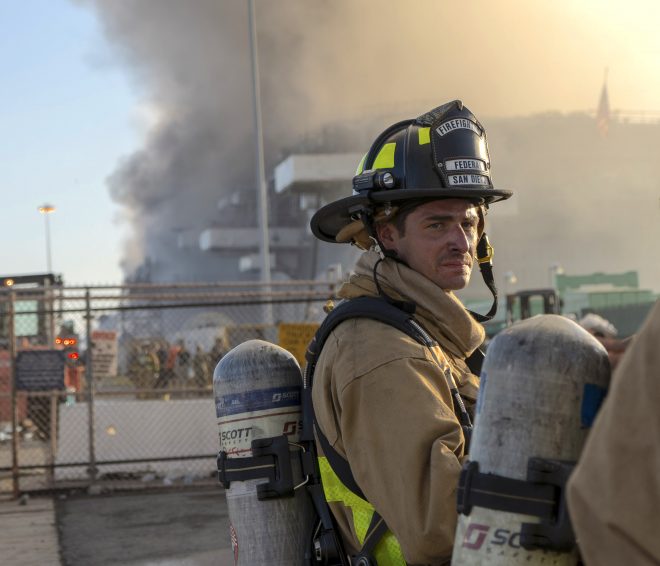 SAN DIEGO – An expert in electrical engineering told a Navy court that an electrical short in a forklift or some faulty batteries could have sparked the fire that ultimately led the service to scrap the former USS Bonhomme Richard (LHD-6), countering the Navy’s acceptance from a federal fire...

Back to looking for the true cause of the fire: 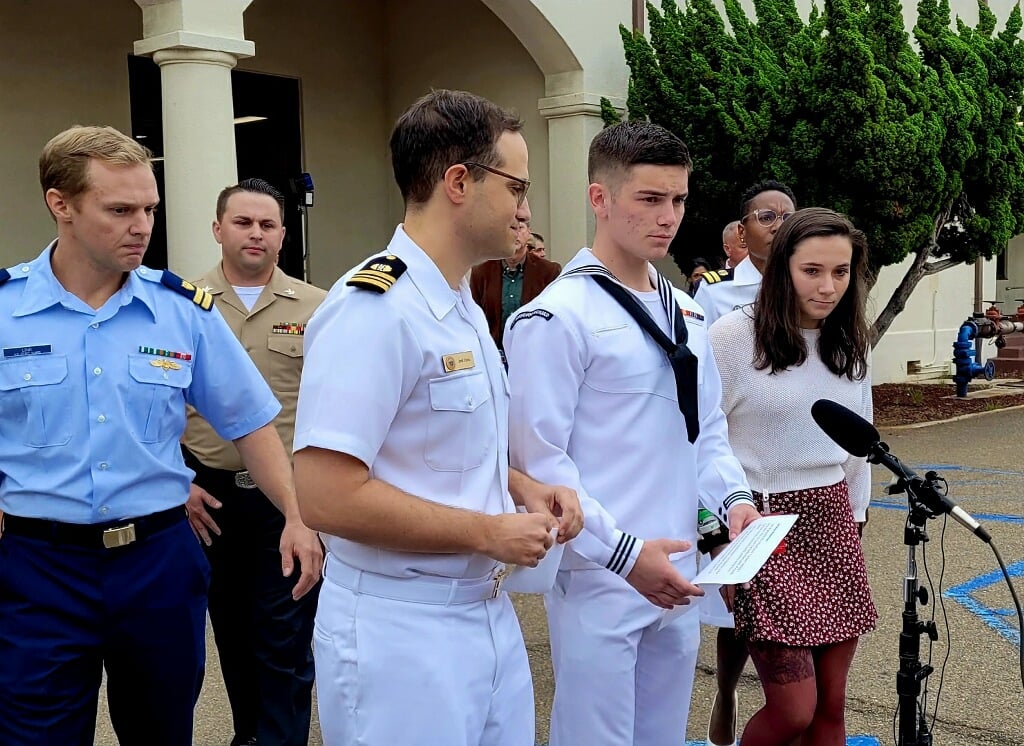 This post has been updated with additional details. NAVAL BASE SAN DIEGO, Calif. — A military judge today acquitted a young sailor accused by the Navy of setting a 2020 fire that ultimately destroyed an amphibious warship as it neared completion of a major modernization and overhaul. Capt. Derek...

Good, that was a weak ass investigation conclusion. It's really hard to determine the difference between an accidental fire and deliberate fire, especially when they have piles of crap sculling around already, and lots of potential causes for ignition during a work period. The only evidence they seemed to have is someone thinks they saw him in the area in the rough timeline of when they think the fire may have started (which can easily get thrown off by smoldering).

Even though not guilty, he will still be forever known as "that guy from the Bonhomme Richard fire".
D

Not guilty - and perhaps a minor hero. Ran through berths to wake up sailors, and - in the depths of irony - was in part a suspect because he had complained before about contractors going hot work (welding) in berthing areas where people were sleeping. 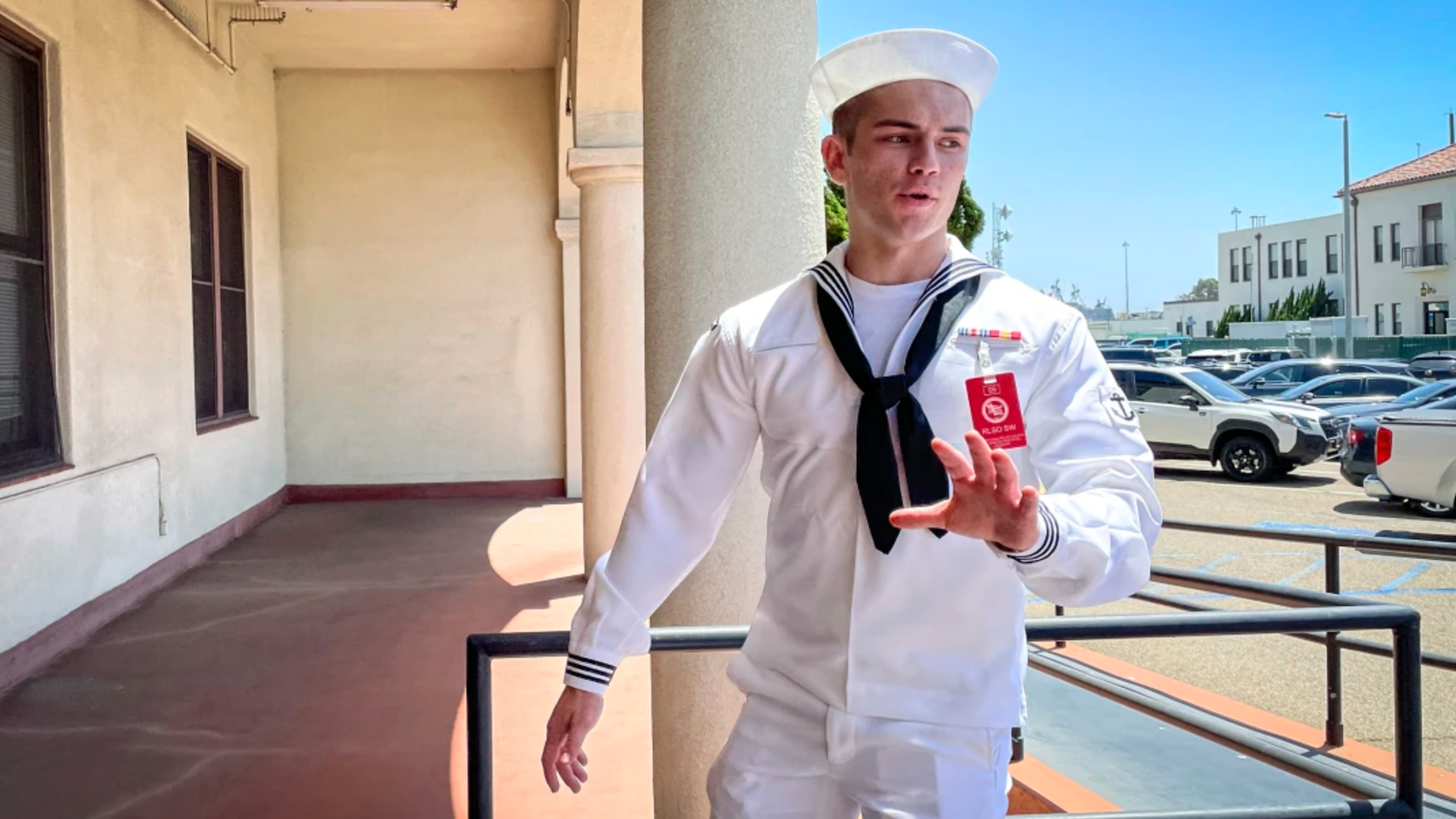 What if the sailor charged in the Bonhomme Richard fire was actually a minor hero?

The prime suspect, now cleared, might just have been doing the right thing.

WTF did the USN move sailors from the Accommodations Barge (which isn't much better than an East Hastings Flop House) to a ship still under refit is beyond stupidity. It's down right criminal in my mind.

This kid is Fubard when it comes to remaining in the USN. He should get out and then sue their asses off.

dapaterson said:
Not guilty - and perhaps a minor hero. Ran through berths to wake up sailors, and - in the depths of irony - was in part a suspect because he had complained before about contractors going hot work (welding) in berthing areas where people were sleeping.

What if the sailor charged in the Bonhomme Richard fire was actually a minor hero?

The prime suspect, now cleared, might just have been doing the right thing.

More proof that no good deed goes unpunished
You must log in or register to reply here.

In Battle, Hunches Prove to Be Valuable