In 2008 my Force Reconnaissance Platoon conducted a deliberate clear of a city called Shewan in the Farah Province of Afghanistan. The city of Shewan was a Taliban safe haven used to plan and stage attacks on Coalition Forces and was home to several of the major insurgent leaders who commanded approximately 250 full-time fighters. My platoon was tasked with supporting a deliberate clear of the city alongside elements of the rifle platoon that operated in that area. We were patrolling through the village when our platoon was ambushed by volleys of intense rocket-propelled grenade and machine-gun fire in the Farah Province of Afghanistan that destroyed two vehicles and trapped a squad of Marines in the kill zone. Approximately 250 Taliban swarmed around our platoon as we fought at close range to repel the assault, regain the momentum and rescue the Marines in the kill zone.

One of my Marines, who I will call “Frank,” selflessly exposed himself to blistering enemy fire to search for targets with his MK 11 sniper rifle in order to alleviate pressure on the Marines in the kill zone. Frank was able to positively identify an enemy fire team moving through the trench to flank the Marines in the kill zone with three RPGs, an RPK, and a PK machine gun. With no regard for his personal safety, Frank ignored the fire being directed at his position, controlled his breathing, relaxed, and began engaging targets.

Frank destroyed two RPG gunners with rounds to the head and another with a round to the sternum. In return, an enemy machine gunner targeted him with long barrages of machine-gun fire that impacted within a foot of his position. Frank made corrections for wind and distance and killed him with a single round to the torso. At this point the RPK gunner attempted to break contact but Frank was able to strike him down with a round from his MK 11 before he reached cover, killing him with his second round.

Still under intense enemy small arms and machine-gun fire, Frank observed enemy fighters reinforcing the trench line from compounds to the north, targeting his fellow Marines who were pinned down in the trench to his east. He engaged fourteen enemy combatants with fourteen rounds, wounding two, mortally wounding another eight, and killing four outright.

Frank repeatedly exposed himself to heavy enemy fire with no regard for his personal well-being during a decisive point in the battle to effectively neutralize and destroy twenty one enemy combatants. He continued to engage and destroy enemy targets as our platoon surged forward in a vicious counterattack that drove the Taliban from the battlefield after inflicting over a hundred casualties on the enemy. He was later awarded the Silver Star for the exceptional heroism he displayed in this battle.

What a great story right? Here is the punch line. While most of you are probably wondering when this exceptional Marine will become Sergeant Major of the Marine Corps, you may be surprised to find out that he is being forced out of uniform. Frank has reached service limitations because he has been on active duty for over ten years and the Marine Corps will not promote Frank to Staff Sergeant. Does that make any sense to anyone else? I certainly can’t make any sense of it. I forgot to mention a small detail. Frank used to have a bit of a drinking problem.

There is an extremely popular quote attributed to Heraclitus that informs us that of a hundred men only nine are real fighters and that one is a warrior that will bring the others back. I know everyone in the military who reads this passage thinks that they are this warrior who will do all these amazing things in combat and bring everyone home.

Guess what? You’re not him. Frank is. I can tell you that from experience. Frank is exactly the kind of knuckle-dragging gunslinger that you want at your side when everything goes to shit, you’re surrounded and you need someone to help you carve an emergency exit out of lead, broken bones and charred human flesh.

What Heraclitus didn’t mention is that this one warrior will most likely be pretty rough around the edges, probably won’t win any NCO of the quarter boards and certainly won’t know what to do with the second fork in a table setting. We were willing to overlook some cosmetic defects while we were fighting a war on two fronts but now it appears that these violent and coarse warriors are unacceptable in our post-war, garrison focused military. It seems that guys like Frank do not have a place in our modern Marine Corps. We are putting down our scarred and battle-weary war dogs and promoting porcelain dolls in their place. Haircuts, close order drill and trouser creases now hold greater appeal to promotion boards than Purple Hearts, valor awards and combat experience.
Frank is one of the finest gunfighters that I have had the pleasure of going back to back within my eleven years in the Marine Corps. He always had a knack for being at the right place at the right time to apply his special recipe of aggression and violence that the scenario called for. He did it in Nasiriyah back in 2003 and again during the battle of Fallujah.

Good old Frank racked up over 30 kills with his M40 in Fallujah and he only carried an M40 for the second half of the battle. He didn’t even count the number of insurgents he destroyed while carrying his M249 piglet. I have no idea how many people Frank has killed. It’s a lot. I know he killed well over 30 with me in Afghanistan and he favors counting his enemy dead with his boots rather than his scope if you get my meaning.

Frank, and hard men like him, are a rare and special breed but no one is immune to the stress and horror of war. Frank used alcohol as a mechanism to cope with unresolved mental stress stemming from four highly kinetic combat deployments to include the battles of Nasiriyah and Fallujah. In April of 2008 Frank’s uncle, who raised him as his son, became terminally ill and died shortly after. This tragic event spurred him to drink more and significantly contributed to his receiving two alcohol-related incidents in a span of two days. He was charged with two violations of the Uniform Code of Military Justice Article 111 and was reduced in grade from Sergeant to Corporal. He was diagnosed with Post Traumatic Stress Disorder and alcohol dependency and volunteered to attend a 45-day resident Substance Abuse Rehabilitation Clinic. He has been sober since his graduation from the program, continues to attend Alcoholics Anonymous meetings and has no further alcohol incidents.

The war is winding down, time for a return to a “zero-defects” Marine Corps.

Frank was overwhelmed by circumstances in April 2008 and made a mistake. He paid for that mistake and has more than redeemed himself in combat since that day. He had an alcohol problem that he sought assistance in combatting and has since resolved. Why won’t we promote this Marine? Why do we ask our brave young Marines to get their hands dirty for our nation and then turn our backs on them when they collapse under the strain of what we have asked them to do?

We must divorce ourselves of this zero-defect mentality that drives some of our experienced combat veterans out of uniform without any regard for their personal story or circumstances. Alcoholism is often the first symptom of combat trauma and a combat-related alcohol dependency should not be career-ending. Marines who commit alcohol offenses should be punished but this should not be something that prevents them from remaining in uniform or getting promoted if it is properly addressed and the service member successfully completes a substance abuse rehabilitation program.

There will come a time in the future when our nation will once again find itself in a time of great darkness and evil. Young men, yet untested in battle, will look to their leaders for guidance and find instead hollow vessels without the steel or stones necessary to lead men into battle. The painted soldiers on the parade fields will shake in terror and search desperately for the rough men like Frank who shepherded them through the last conflict for guidance only to find that they have all been weeded out of service. This is unacceptable. We must change the way we evaluate our young Marines to recognize and differentiate isolated incidents from patterns of misconduct. A Marine should be able to make a mistake as a Corporal or a Sergeant and still be promoted through the ranks after redeeming himself. We owe it to ourselves and our nation to reconsider our draconian promotion and retention system to ensure that we retain the best and the brightest among us to marshal the next generation of warriors through our future conflicts. 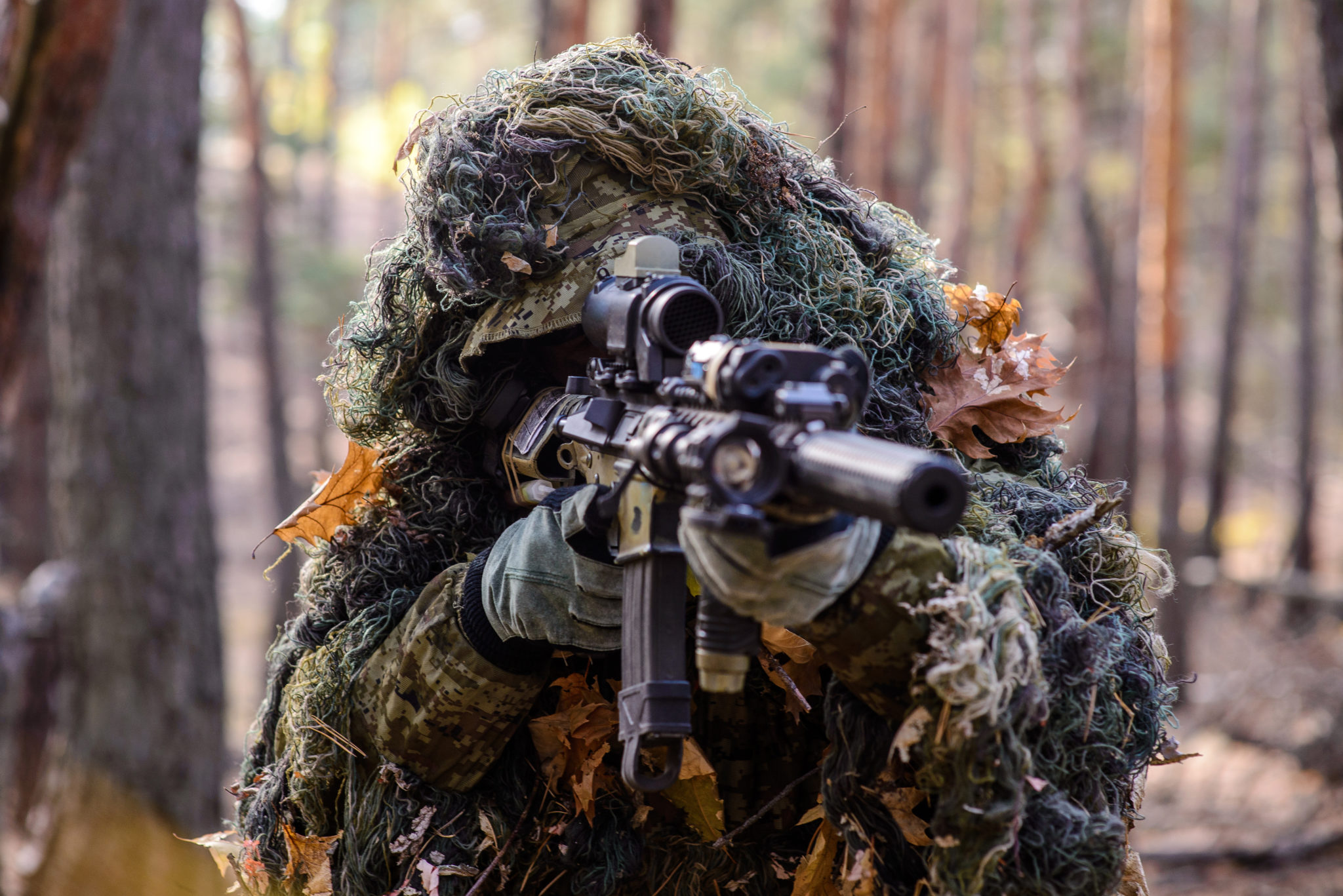 Wasting the Warrior Culture: The Story of a Marine Named "Frank" • The Havok Journal

There is a quote attributed to Heraclitus that informs us that one of a hundred is a warrior that will bring the others back. Guess what? You’re not him.

Havok Journal is a repository of solid, thought-provoking pieces, D&B and this piece is no exception. Reminds me of the recent discussion elsewhere in this site about how the word ‘warrior’ is over/misused. Is it? Should it be?

Good2Golf said:
Havok Journal is a repository of solid, thought-provoking pieces, D&B and this piece is no exception. Reminds me of the recent discussion elsewhere in this site about how the word ‘warrior’ is over/misused. Is it? Should it be?

I'm not a big fan of the word as we apply it to relatively meaningless things, like TOETs etc.

In this case, I'll let it pass!

daftandbarmy said:
I'm not a big fan of the word as we apply it to relatively meaningless things, like TOETs etc.

In this case, I'll let it pass!
Click to expand...

It is clear that there is no place for “Frank” in our military.

A great article. A soldier I know quite well told me a stories about a young soldier in Afghanistan in 2008.

There's a taint attached to "warrior", but it depends on the definition - does the speaker/writer mean to invoke the idea of a tribally-respected thug, or of a fierce but disciplined soldier?

Brad Sallows said:
There's a taint attached to "warrior", but it depends on the definition - does the speaker/writer mean to invoke the idea of a tribally-respected thug, or of a fierce but disciplined soldier?
Click to expand...

I don't think it matters much to those that received his protection.
You must log in or register to reply here.

As the world moves on, veterans of the Afghanistan withdrawal struggle to join them
2

Remains of unknown soldier to be repatriated for St. John's War Memorial's centennial