Thompson cites two recent reports from the Congressional Research Service which record how many officers and enlisted service members make up the U.S. military. As of Dec. 1, enlisted members make up 82% of the armed forces, the first report said, while officers (including warrant officers) make up the remaining 18%.

By comparing the number of officers in the respective services to the number of enlisted, Thompson found that the ratio of enlisted troops to officers was surprisingly low. For example, in the largest branch of the military, the Army, there are 388,564 active duty enlisted soldiers and 93,443 officers, which translates to a ratio of roughly four soldiers to every one officer. In the second-largest branch, the Navy, there are 287,179 enlisted sailors and 56,044 officers, so there’s about five enlisted sailors for every one officer. Military-wide, the ratio is 4.7 enlisted troops to every officer. That might come as a surprise when, for example, the Department of Defense website says that the smallest Army unit commanded by an officer is a platoon of about 36 soldiers.
Click to expand... 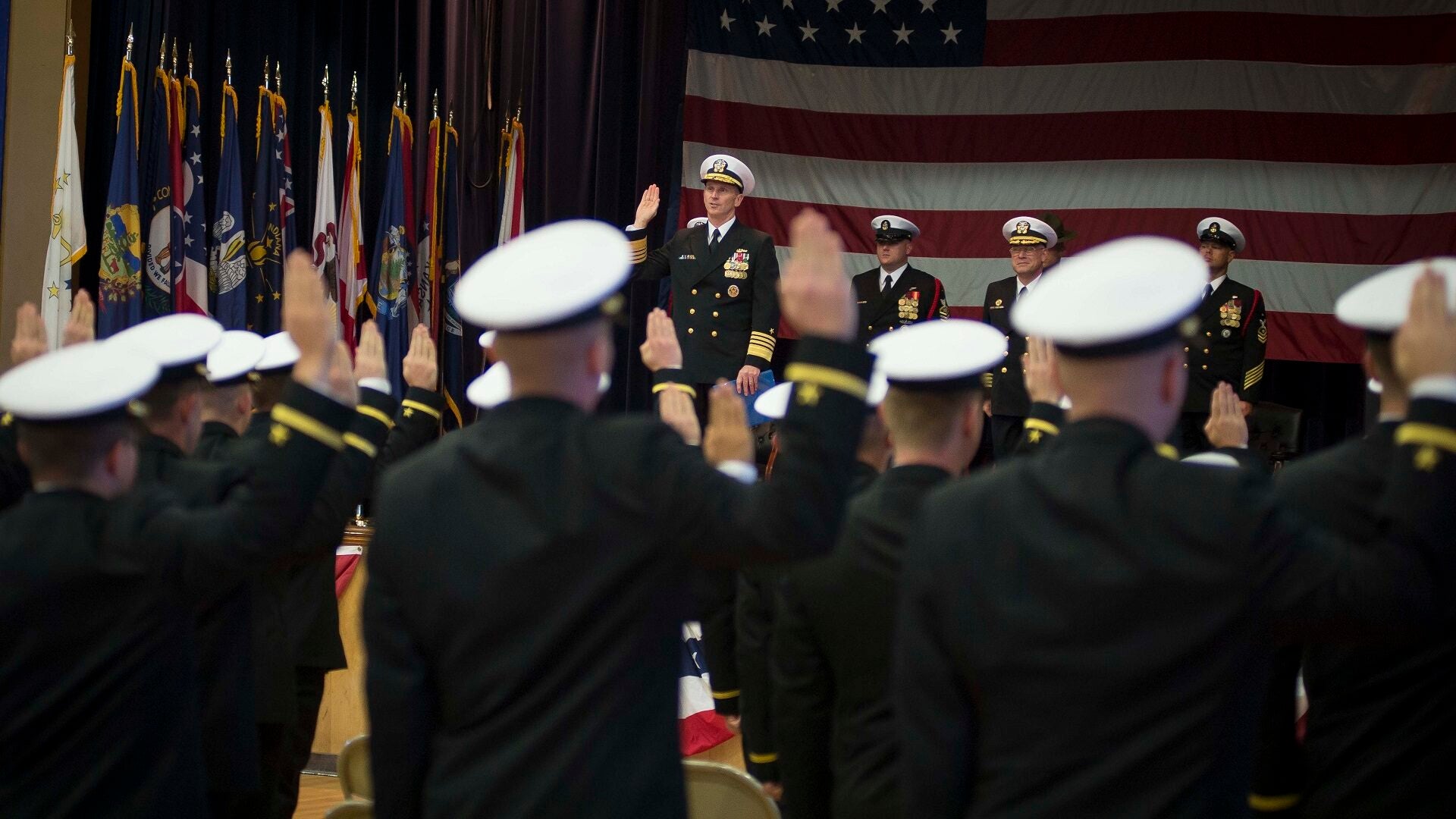 Why military officers are commanding fewer enlisted troops than ever before

Military-wide, there is one officer for every 4.7 enlisted service members.

O'boy! This is so right on. The part about the cluttered staff hierarchies that come with every multi-star rank needs to be clearly understood. Most large corporations which reorganize usually aim at decluttering reporting lines and staff layers to improve and speed decision making. It's high time for that - let's start by getting rid of divisional headquarters and, let's say, half of all stars and a third of the staff. Betcha what's left will become more agile in a hurry. 😉

🍻
You must log in or register to reply here.

The junior enlisted guide to doing nothing and looking busy