NATO forces are reporting Russian submarine activity not seen “since the days of the Cold War.”

Under the waves of the Atlantic Ocean a new front line has emerged as a resurgent Russia tries to exert its influence on the global stage. Russian submarines have been challenging NATO in the biggest increase of underwater military activity since the height of the Cold War.


Submarines from NATO and the Soviet Union vied for control of strategically critical parts of the Atlantic Ocean throughout the course of the Cold War but the collapse of communism left Western navies as the dominant force for the last 25 years as Russia’s navy decayed from lack of investment. Western military attention shifted away from the seas and expensive anti-submarine warfare capabilities took a backseat to a new era of threats. Under Vladimir Putin and a long period of economic growth in the early 2000s, Russia reinvested in the military and the Russian Navy began to extend its reach into the Atlantic Ocean once again

Russian activity in the Atlantic has been on the rise for a number of years and the British First Sea Lord, Admiral Sir Philip Jones, acknowledged the threat in a message to the Royal Navy in January 2017: “In northern Europe and the Baltic, we are responding to the highest level of Russian naval activity since the end of the Cold War.” Jones’ comments echoed those of his colleague Vice Admiral Clive Johnstone, the head of NATO’s maritime forces, who stated in 2016 that his NATO forces report “more activity from Russian submarines than we’ve seen since the days of the Cold War.” The head of the US Navy’s Sixth Fleet, Vice Admiral James Foggo III called this the start of “The Fourth Battle of the Atlantic,” referencing past submarine battles from WWI, WWII, and the Cold War.

NATO, therefore, is clearly aware of the growing problem but Western forces are stretched thin with global commitments and years of defence cuts. The UK has lacked a Maritime Patrol Aircraft since the Nimrod MR2 was retired in 2010 and the replacement P-8 Poseidon will not enter service until at least 2019. Sudden submarine activity in waters around the British Isles has prompted the UK to use patrol aircraft from Canada, France and the United States to track the vessels. A Royal Canadian Navy submarine was re-tasked from a NATO exercise to track Russian submarine activity last year in a move that was called “historically significant” by Rear Admiral John Newton, commander of Maritime Forces Atlantic.

The head of the Russian Navy, Viktor Chirkov, has admitted that Russian submarine patrols have grown 50 percent since 2013 and the surge in activity has grown as part of Russia’s latest military adventures. The invasion of Crimea in 2014 and the more recent intervention in Syria has led to a steady stream of Russian ships and submarines transiting through the North Sea en route to the Western Mediterranean to conduct missile strikes.

In October 2017, then UK Defence Secretary Sir Michael Fallon, cited Russian activity in an address to the House of Commons Defence Committee, and called for spending on capabilities to address the threat. “We have seen an extraordinary increase in Russian submarine activity over the last couple of years in the North Atlantic,” he said. NATO’s acknowledgement of the changing situation prompted it to restore anti-submarine warfare to its list of 16 priority capabilities for the Alliance at the 2014 NATO summit in Wales and the last week’s NATO Defence Minister meeting came with the announcement of plans for a new command structure, set to re-establish an Atlantic Command “to ensure that sea lines of communication between Europe and North America remain free and secure. This is vital for our transatlantic Alliance.”

As increased Russian activity continues to pressure Western militaries, Atlantic countries should pay heed to warnings of dwindling ship numbers and capabilities in their navies. Canada is choosing a Halifax-class frigates replacement next year in the biggest defence procurement project the country has ever undertaken and the UK has started to build eight new ASW Type 26 frigates. Combined with attack submarines and Maritime Patrol Aircrafts, these new frigates will be the backbone of NATO’s anti-submarine warfare capability in the North Atlantic for decades to come.

I'll add MPAs to the last line as well.  Not some cheaper, "can't carry ordinance" hand-me-down or a unmanned platform.  And in more numbers than the RCAF fleet is now.  :2c:

The Victoria class stuff in the last para is kind of a red herring IMO;  diesel boats aren't going to be used against a nuc for blue water ASW.

Regardless, the Russian fleet is capable, growing and active... 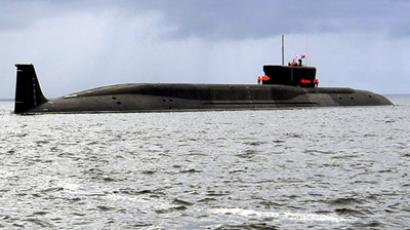 Eye In The Sky:

Everyone here knows that Canada will get what is politically best for....someone.  That "someone" probably isn't "the Canadian military" or even "Canadian government".
D

Everyone here knows that Canada will get what is politically best for....someone.  That "someone" probably isn't "the Canadian military" or even "Canadian government".
Click to expand...

I for one look forward to the P3 Aurora fleet being replaced by Dash 8 100s bought used from Air Canada, with the sensor suite consisting of GoPro cameras sold by a reseller out of Tadoule Lake MB with repair service provided by dogsled...

The nasty response would be to ask how many Virginia class submarines we want to buy from the United States in order to meet the challenge. Given the escalating threats in all three oceans, we would probably need 12 Virginia class boats to cover our AO......

The Aurora replacement has already been purchased.

The only thing it lacks is the speed and range to get into the NA patrol area.  Other than that it is a great aircraft.

Hand grenades/seal bombs they can fling out the back? 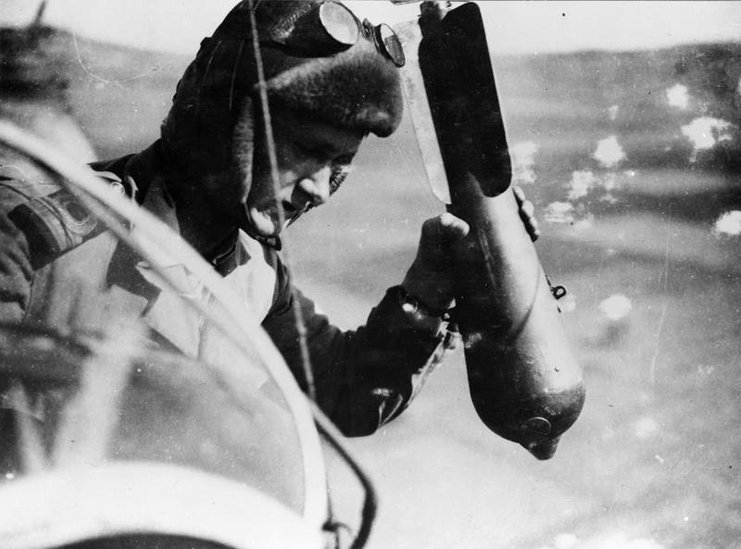 Not that this *really* will matter to me...I'll be CRA when the SGOD is put to rest.

YZT580 said:
The only thing it lacks is the speed and range to get into the NA patrol area.  Other than that it is a great aircraft.
Click to expand...

Where are we putting the search and kill stores?  Like I said..."just say no" to baby MPAs.  Ask the Turks what kind of legs they get out of the CASA 235s...and how fast they can get ONSTA compared to a P8...

Uhh...speed and range (and endurance) are kind of important things for ASW...saying "the only thing it lacks is speed and range" about a MPA is like saying a tank "only lacks mobility and firepower".

B-but it's not made by Bombardier  :

Dimsum said:
B-but it's not made by Bombardier  :

Maybe the P-8 can be the "interim MPA" until that happens
Click to expand...

I wouldn't be too surprised if an enterprising Bombardier sales rep hasn't already made a Gucci ppt showing a C-series in the MPA role...
D

SeaKingTacco said:
I wouldn't be too surprised if an enterprising Bombardier sales rep hasn't already made a Gucci ppt showing a C-series in the MPA role...
Click to expand...

I was deliberate in my choice of airframe...


But taking a C300 and adding fuel you'd likely have a comparable range to the P8.  Maybe hire PAL Aerospace to do a prototype, pay them ridiculous amounts to lease the first one, then build a few dozen for Canada and sell to other nations, at a lower cost than the P8...

It’s already out there.  The Swordfish MPA is based on the Bombardier Global 6000 jet.

Dolphin_Hunter said:
It’s already out there.  The Swordfish MPA is based on the Bombardier Global 6000 jet.

Perfect. Order twelve to go along with and supplement an Aurora replacement (P-8 or future C-Series with internal stores bay if it ever materializes) and we’re beginning to take defence of our coastline seriously.

Thucydides said:
I'm rather surprised that the option of UAV's hasn't popped up yet (as a perennial favourite of futurists and cost cutters everywhere)
Click to expand...

[font=verdana, arial, helvetica, sans-serif]The development of an ASW-capable RPA has been in stages of development for a while.  The ongoing challenge has been how to modify the aircraft to carry an appropriate amount of sonobuoys (and weapons), and what to do with the enormous amount of sonobuoy data once it's received by the RPA.

As luck has it, the MQ-9 just recently had a significant leap in success processing sonobuoys (dropped by a helicopter for the trial), and then retransmitting that data back to a ground station via BLOS channel.  [/font]https://www.shephardmedia.com/news/uv-online/mq-9-successfully-used-during-us-naval-exercise/

The next logical step is to get the airframe capable to carry small-size sonobuoys which Ultra Electronics (and a few others) are all working on.  Their vision of an under-wing sonobuoy carrier is highlighted here:  https://www.youtube.com/watch?v=OzlTkXR9BEU

All in all, industry development processes are very much underway. (Some of it happening here in Kanata!)  While I would love to see DND/CAF get in on this action, I won't hold my breath.  :not-again:

Actually a fleet of small AUV's operating in the choke points would be better, they patrol those areas using passive and active means , pop to the surface and announce a suspicious contact. You can have local communities service the AUV's for the basic bits like fuel or batteries.
You must log in or register to reply here.