USAF (and HASC) really putting the screws to LockMart:

The U.S. Air Force’s top general backs proposed legislation that would cap the number of F-35s the Defense Department can buy unless it meets affordability goals for operating and sustaining the jet.

The House Armed Services Committee’s version of the fiscal 2022 defense policy bill — approved by the committee last Thursday — would require the Air Force, Navy and Marine Corps to meet targets for “cost per tail per year,” which measures the average cost of flying, maintaining, and upgrading the jet.

Asked about the provision during the Defense News Conference on Wednesday, Air Force Chief of Staff Gen. CQ Brown indicated he would support the proposed cost constraints.

“The language from Congress is really in line with what we’re trying to get done,” Brown said.

“One of our goals is to actually make this [program] affordable, and to make the sustainment costs affordable,” he said, calling it a “focus” for the service.

The Air Force plans to buy 1,763 F-35A conventional takeoff and landing models throughout the program of record. However, the total lifecycle cost of supporting that number of aircraft remains more than what the service projects it can afford.

In FY20, it cost the Air Force about $8 million to operate and sustain each F-35A — about twice the target cost per tail per year of $4.1 million.

By 2036 — when F-35 operations reach their peak — the gap between that metric and the actual cost could amount to a recurring annual charge of $4.4 billion, according to a July report from the Government Accountability Office.

The proposed language is meant to induce Lockheed Martin and the Defense Department to work together on a solution that will lower sustainment costs, said HASC Chairman Rep. Adam Smith, D-Wash... 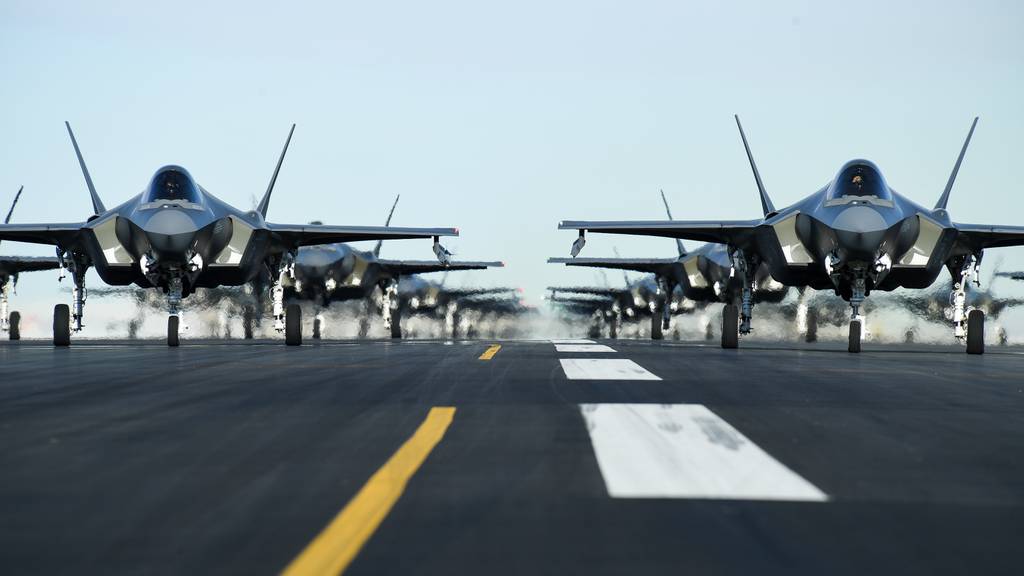 The U.S. Air Force’s top general backs proposed legislation that would cap the number of F-35s the Defense Department can buy unless it meets affordability goals for operating and sustaining the jet.

Every military platform costs materially more to operate than its predecessor. A problem which compounds as fleets get smaller, and non recurring engineering costs are spread over smaller numbers.

The F35, being two similar and one USMC unique aircraft rolled into a single dysfunctional platform suffers from that problem.

In the back of my mind, I ponder whether or not they should have gone with the Boeing X-32...it was certainly an uglier aircraft, but I suspect that the Boeing version of the X-plane would have seen less 'creep' in costs.

This is apparently the first time an F-35 has conducted a belly landing: 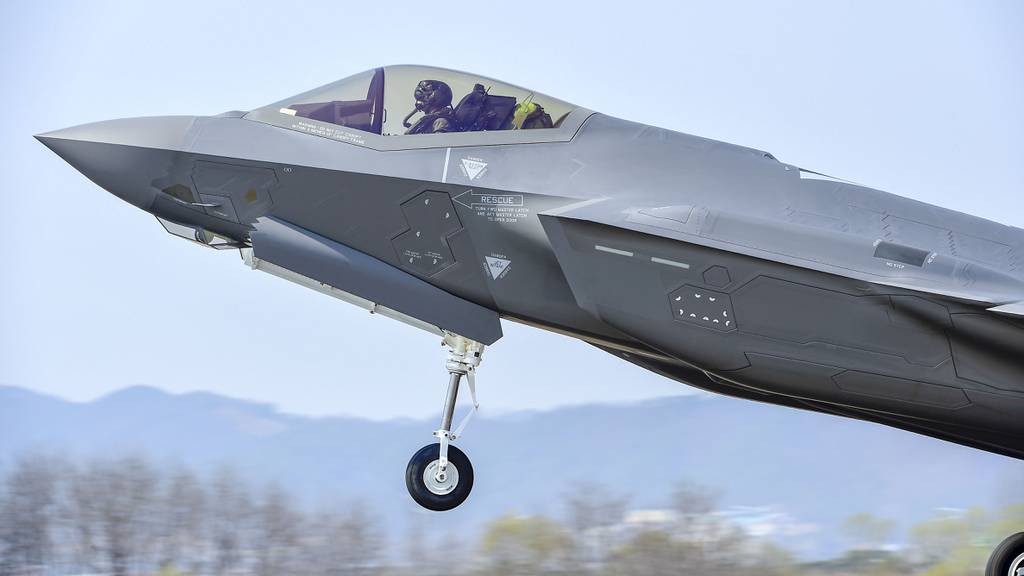 A landing gear malfunction with the advanced fighter jet led to the emergency landing, and an investigation is now in the works.

With more aircraft flying racking up the hours these incidents will happen, the accident rate is nothing like the numbers from the 1950-1970's for new aircraft.

This would be an interesting competition.

Somewhere in my mind....I see a Turing Test.

Here at Sandboxx News, we're known to play favorites when it comes to pilots, so when our friend and contributing writer Hasard Lee reached out to tell us that he recently issued a public challenge to pit him and his F-35 against any fully autonomous aircraft in a complex real-world simulated...

enfield said:
The CF-18‘s won‘t last much longer, and we need something to replace it. The JSF concept is a good one - a multi-role fighter aircraft shared by multiple nations. That means we can do more types of misions with the same plane, and increased inter-operability with our allies.

However, dont get to excited - Canada‘s contribution is a drop in the bucket of a huge, multi-billion development project. Good to get in on the ground floor though.
Click to expand...

If the upgrades go according to plan, one F-35A — the most widely used Joint Strike Fighter variant — by July would be allowed to resume unrestricted flight for the first time in almost two years, Joint Program Office spokesperson Laura Seal told Air Force Times.
Click to expand... 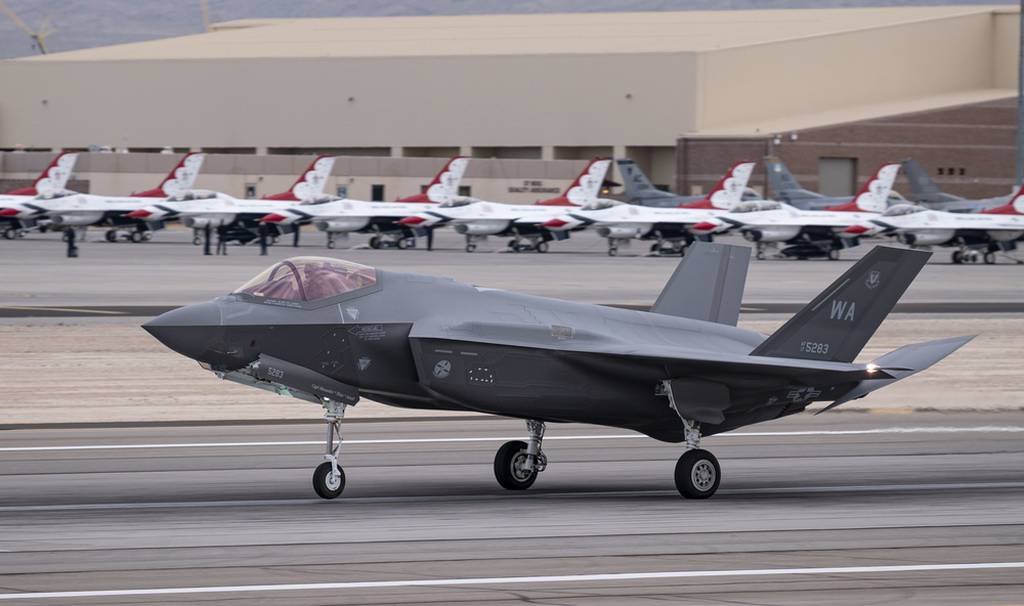 Lightning struck an F-35A in midair in an undisclosed incident on Aug. 3, 2021, Air Force Times has learned. 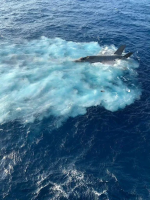 It'll be interesting to see what comes out of this investigation. With the F-35 being a single seat only jet, I'm wondering how experienced the pilot was. The first time you fly this jet, it's all by yourself. Of course this isn't their first time flying the aircraft since you would have hours upon hours of flight time in training before being deployed on a carrier, and even more time in the simulators...

In one video you can hear paddles yelling "wave off" and "power" repeatedly, and in the other video when the jet is nearing the ship you can hear the pilot put full power. Paddles may have very well saved a life there. Hopefully everyone is okay.

Carrier landings are stupid dangerous, even in calm seas. It's unbelievable how they can make it happen so many times without incident. The anti-F35 crowd will cling to this to prove a narrative, but Tomcats and Hornets still had crash on landing incidents well past 15 years of service for those aircraft.

Interesting how the pilot stayed in the aircraft right till the end. Either they had confidence they could recover, or maybe wanted to keep control of the impact with the carrier to save lives on the deck.

The jet tore out all four arresting wires when it crashed on deck. They had to get a Super Hornet tanker launched to keep the jets circling refueled until the deck was made ready for landings again.
New Details Emerge About The Aftermath Of The F-35 Crash Aboard The USS Carl Vinson

PuckChaser said:
Carrier landings are stupid dangerous, even in calm seas. It's unbelievable how they can make it happen so many times without incident. The anti-F35 crowd will cling to this to prove a narrative, but Tomcats and Hornets still had crash on landing incidents well past 15 years of service for those aircraft.

Interesting how the pilot stayed in the aircraft right till the end. Either they had confidence they could recover, or maybe wanted to keep control of the impact with the carrier to save lives on the deck.
Click to expand...

It looks to me like at 0.44 of the second video that something is flying off to the port side of the ship as the plane skids along the deck and I'm wondering if that is the ejection.

One thing is for sure, that damage control team was all over that deck pretty damn fast. Great training.

Is it possible the pilot took the "hands free" touted landing quality of the F35 too literally?
I would expect more from the onboard wizardry to have prevented this... 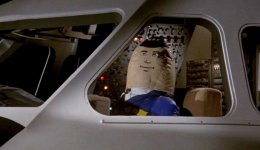 On January 24, 2022, an F-35C hit the back of the USS Carl Vinson while attempting to land. The pilot ejected, and debris from the crash injured seven crew members on the flight deck. The airplane was lost in the South China Sea near where the ship was operating.

Ward Carroll flew F-14 Tomcats for fifteen years after graduating from the U.S. Naval Academy. He was named Naval Institute Press Author of the Year in 2001 for his novel Punk’s War and is also the author of Punk’s Fight and Punk’s Wing. He is the host of the popular Ward Carroll YouTube channel.


Was it the Pilot or the Airplane? Veteran Naval Aviators Analyze the Latest F-35 Crash​

The first video 2 weeks ago:

Neat videos from the background and detail side.

I've watched a few of Ward Carrolls videos over the past few months of COVID. He's got a lot of good videos.
You must log in or register to reply here.

From Unmanned to Uncrewed: Moving away from gender-based terminology