Are they buying these more for the sake of familiarity or budget concerns? I remember posting something before about Iraq also considering buying Abrams. ??? 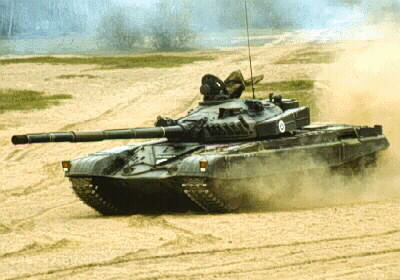 The Iraqi Army is planning to buy up to 2,000 retrofitted, Soviet-era T-72 tanks, U.S. defense companies and Pentagon officials said.

Redesignated as T-91s, the tanks would form the heavy core of a reconstituted force meant to be able to defend its country after most U.S. forces leave in 2011.

The tanks would be bought from Eastern European countries such as the Czech Republic, Poland, Ukraine and Slovakia, and then stripped to their frames and rebuilt under a contract managed by Defense Solutions of Exton, Pa.

"We take the vehicle all the way down to bare metal and back up to a fully modernized vehicle" that can fight at night, said retired U.S. Army Col. Tim Ringgold, the firm's CEO. "We add digital displays, thermal sights and radios along with a laser rangefinder and a laser detector, so that a tank knows if it is being targeted."

Ringgold said he expects Iraqi officials to sign a contract with his firm to deliver 2,000 tanks in coming weeks.

A U.S. Army official in Iraq who is involved with weapons sales said the deal is likely to go through. The Iraqi Army, which currently owns 149 tanks, wants to buy at least 2,000 more in the next several years, likely including large numbers of T-72s, the official said.

A Washington-based spokesman for the Iraqi Ministry of Defense declined to comment on the proposed deal, but said the Iraqi Army is enthusiastic about continuing to build its force with new equipment.

The work would begin in February, with deliveries to begin several months later, Ringgold said. Iraq will pay Defense Solutions about $3 million per tank, he said. Subcontractors include DynCorp International, Falls Church, Va.; L-3 Communications, New York; and Omega Training Group, which will perform maintenance on the tanks in Iraq and train Iraqi troops to operate and repair them.

A U.S. Department of Defense spokeswoman said the potential deal would be handled by the DoD's Foreign Military Sales (FMS) program.

"The process would be that Iraqi government officials would work with the multinational security and training command in Iraq," said U.S. Air Force Lt. Col. Almarah Belk. "If they want the U.S. to facilitate the purchase of something, they will work with the U.S. security cooperation office in Iraq before submitting a formal letter of request. The letter of request would then come to the Department of Defense, and the policy folks here would look at it and determine the feasibility and potential cost. They would prepare a letter of acceptance to the Iraqi government."

The rebuilt tanks would join 77 formerly Hungarian T-72s that Defense Solutions rebuilt and delivered about three years ago.

Ringgold said the Iraqis also want to buy 4,000 armored vehicles and more U.S.-built Abrams tanks. But a rebuilt T-72 is far cheaper than a $10 million Abrams tank, and so provides a way to arm the Iraqi force more inexpensively.

Moreover, Iraqi forces are familiar with the T-72, having operated some 2,000 of the Soviet-built tanks until they were destroyed during the 2003 U.S. invasion.

"We are one of the few American companies to deal directly with the Iraqi government," Ringgold said. "It is a lengthy, cumbersome process. We have an office in the red zone with an all-Iraq staff. We are in downtown Baghdad."

The new tanks will help the Iraqis build a force of mechanized and heavy units as well as lighter infantry. The Iraqi government already has roughly 8,500 U.S.-built Humvees.

"The U.S. has left it to the Iraqis to make the decision on equipment - allowing them to have the structure they want to define their new Army," Ringgold said.

The U.S. Army in Iraq has been building up the force for the last several years by training the Iraqi Army and giving it some equipment.

"You must get them up to the ability to take care of themselves," said Rickey Smith, director of the U.S. Army Capabilities Integration Center – Forward. "If you were trying to help another Army get on its feet, if you give them a more simple system as far as training and sustainment, you can help them."

There is a new urgency to the buildup, thanks to the November agreement between Washington and Baghdad to remove most U.S. troops within three years.

"Now that the Status of Forces Agreement designed to remove U.S. forces by December 2011 has been signed, we want the Iraqi Army to be able to respond without U.S. involvement," Ringgold said.

Part of the rationale for helping arm the Iraqis is to prevent a power vacuum in the region when the majority of U.S. forces leave.

"For example, one country that could threaten Iraq is Iran," Ringgold said. "The vehicles we are offering are better than what Iran has, but not equal to what American forces have."

One analyst expressed concern about Iraq's choice of the T-72.

"We learned in Fallujah and the taking of Baghdad that heavy armor is still valuable. I doubt a T-72 could deal with the EFPs [explosively formed penetrators] being sent by some Iranians to Shiite insurgents," said Loren Thompson, vice president of the Lexington Institute, a Virginia-based think tank.

Another analyst praised the possibility of Iraq buying retrofitted T-72s, in part because the retrofitted tanks could be built to be interoperable with U.S. forces.

"Basically, this makes sense. The T-72 is a little better than its current reputation, which was formed when Iraqi T-72s went up against U.S. forces in the open desert during the Gulf War," said Michael O'Hanlon, a senior fellow at the Brookings Institute, a Washington think tank.

"While the T-72 is not quite as good as we thought it was in the '80s, it is much better than many other options," he said. "The modernized T-72s would largely be a deterrent against Iran and also a robust means of protection for internal counterinsurgency.
Click to expand...

http://www.defensenews.com/story.php?i=3896249&c=FEA&s=CVS
You must log in or register to reply here.

New 120mm Bullet for the Leopards?