OldSolduer said:
Good point. We have friends that watch Fox News - and they are rabid pro Trump despite being Canadian. And refuse to take the vaccine.
Click to expand... 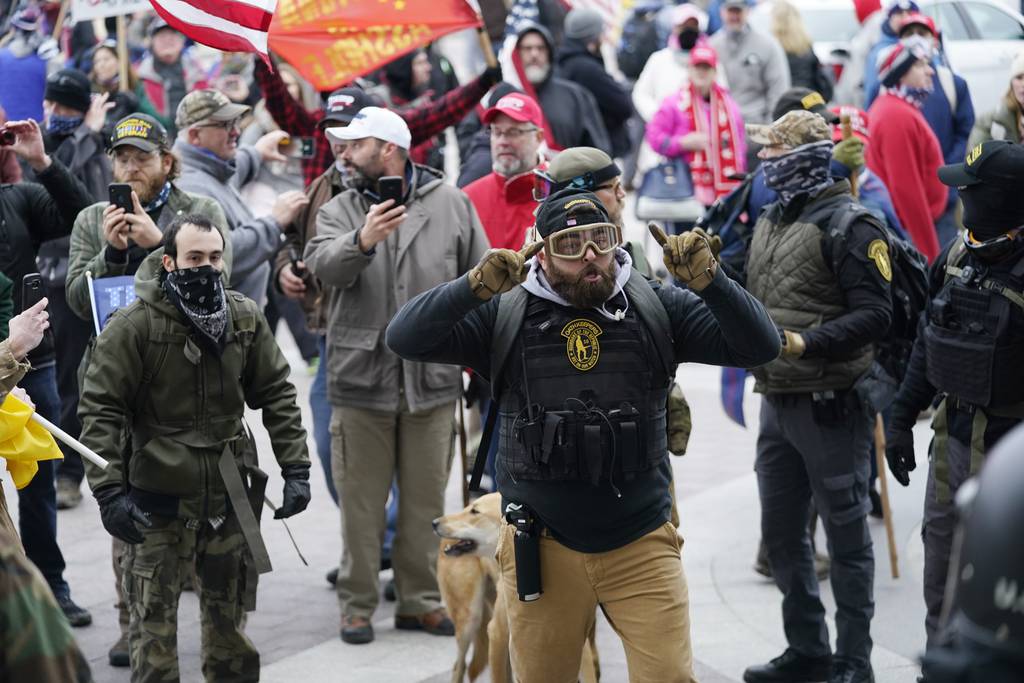 The Pentagon's extremism working group released its report on Monday.

"It is more prevalent and consequential than any of them are willing to admit."
Click to expand... 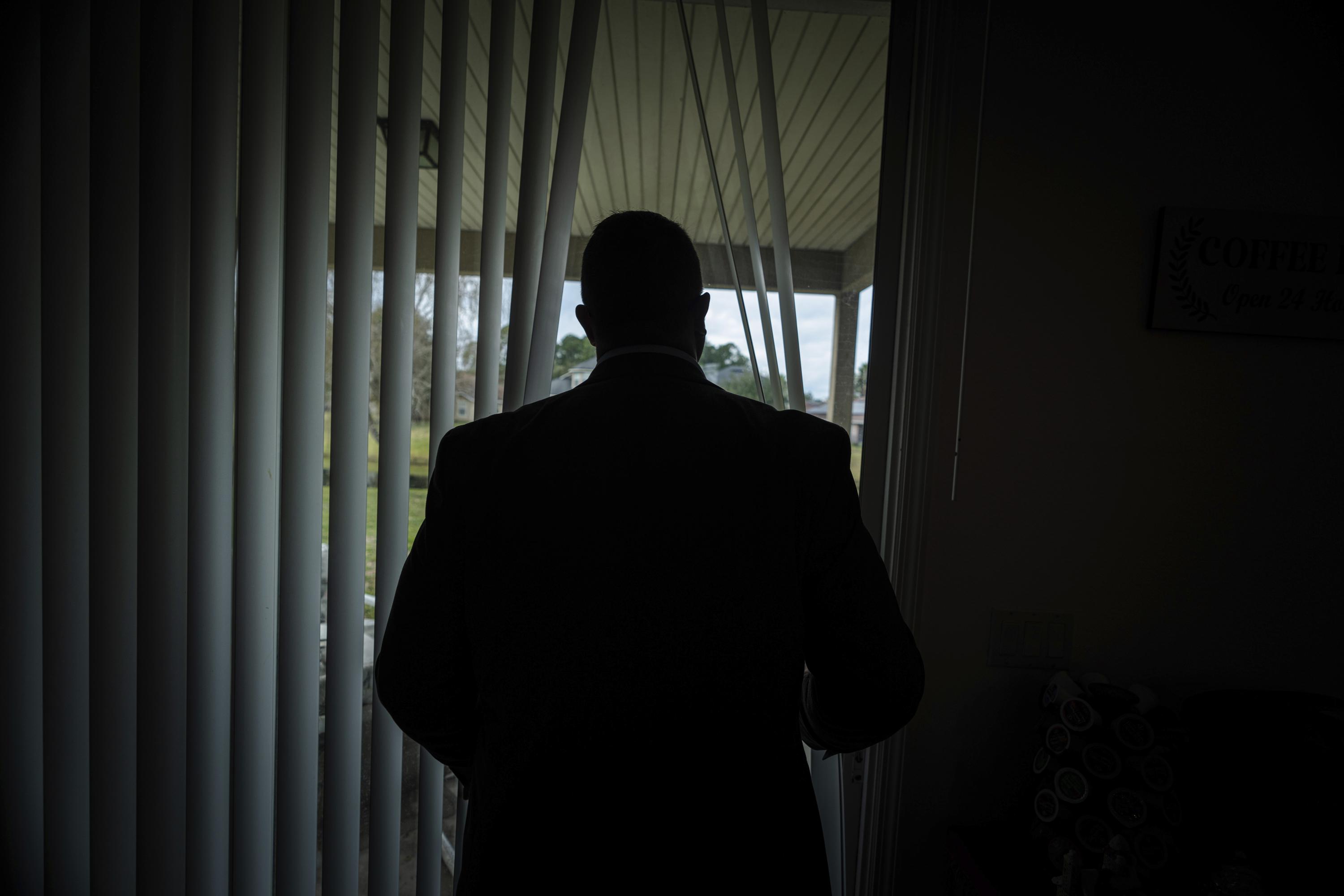 He wore a wire, risked his life to expose who was in the KKK 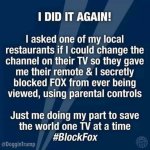 
Three retired U.S. generals warned in a chilling column Friday that another coup attempt in America in 2024 could divide the military and plunge an unprepared nation into civil war.
Click to expand...

“With the country still as divided as ever, we must take steps to prepare for the worst,” wrote former Army Major Gen. Paul Eaton, former Brigadier Gen. Steven Anderson and former Army Major Gen. Antonio Taguba.
As the nation nears the first anniversary of the Capitol riot, the generals are “increasingly concerned about the aftermath of the 2024 presidential election and the potential for lethal chaos inside our military, which would put all Americans at severe risk,” they wrote in The Washington Post.
Click to expand...


More at link: Generals Warn Of Divided Military And Possible Civil War In Next U.S. Coup Attempt
Click to expand...

This does not bode well.

What is it about that stuff that prompts some people to take it seriously?

Brad Sallows said:
What is it about that stuff that prompts some people to take it seriously?
Click to expand...

Take what seriously? The potential of US Civil War II?

Maybe the hyper-politicization of everything in the US - everything is through the lens of "Dems this, so GOP that"? Even something seemingly bipartisan as vaccines (Covid or otherwise) is politicized.

Also, maybe that Americans in general love to have a "team". In Canada, an alumni of X University rarely, if ever, wears school merch - maybe while at the school for Homecoming or whatever, but otherwise no. Think of how many school bumper stickers you normally see aside from the university areas. In the US, university merch (clothing, bumper stickers, etc) is common - they're showing off that 10, 20, 30 years ago, they went to Cal State or wherever. Even more so with sports teams.

The last election has shown that there is a divide in the US, and some people with guns think they've been cheated (rightly or wrongly). Other civil wars have started from similar causes.

Read the op-ed. It is a bunch of "what if this really unlikely bad thing, along with a lot of other really bad things, were to happen"?

If it were a screed posted at Infowars written by three unrecognizable names retired from the CIA/FBI, alleging that after a close loss to the Republican candidate the Democrats would again roll out a series of allegations designed to cripple the incoming administration with endless investigations, citing all the things done by Democrats after the 2016 election, would you accept it?

Have the US armed services, which have been pretty active the past couple of decades, failed so completely at teaching basic LoAC and RoE stuff, and is their chain of command so wobbly, that a series of civics and LoAC refreshers are needed because of some sky-is-falling tinfoil-hat predictions?

Are the misfits who quit after one term of enlistment, or the Mountain Man Militia types who also do a minimum term so they can spend the rest of their lives walting commando because they once caught a sniff of exhaust from a 160th SOAR bird, in a position to cause entire formations to declare rebel allegiances?

There was a time I liked Fox. It was nice to hear news from a different, more conservative, editorial slant. Something different from the centre-left pablum other outlets offered.

However, when they traffic in propaganda, fake news and white nationalism that leads to the radicalization of millions of people, it leads to scary things.
B

That would probably be a short and boring debate. Journeyman’s done a fair bit of stuff, but I’m not sure he brings much to the table on extremism and radicalization…

Brad Sallows said:
What is it about that stuff that prompts some people to take it seriously?
Click to expand...

Gen. Mike Hayden, former head of the NSA and the CIA, seems to take it seriously. Some people's opinions tend to carry more weight than others.

If only people with weighty opinions had any sort of useful track record predicting future crises. Appeal to authority is useful for physics and plumbing, but not for politics.

There are elements on both sides of the US government that would benefit from Civil War 2 hysteria.

Things like Twitter don't help either. From Trumps garbage to this recentl trash by Bette Midler.
Bette Midler apologizes to West Virginia residents for 'poor, illiterate, strung out' tweet

You can accuse loser white supremacist groups of wanting a civil war and you wouldn't be wrong but I'm willing to bet celebrities (and others) want one too just as bad. To justify their beliefs that "the other side" are sub human.

Very few want a civil war, but many like to talk about one. Angry and frustrated people often talk a lot of nonsense about what they'd like to see happen. I doubt the people who thought "WMD in Iraq", or "Russian collusion", or "Biden's laptop could be Russian disinformation" were among things that "sounded about right" are to be relied upon.

Brad Sallows said:
Very few want a civil war, but many like to talk about one ...
Click to expand...

One side, "civil war," the other, "revolution."

ALL politicians from local council on up should have their Twitter accounts deactivated. It's no way to run a country.
R

Brad Sallows said:
Very few want a civil war, but many like to talk about one. Angry and frustrated people often talk a lot of nonsense about what they'd like to see happen. I doubt the people who thought "WMD in Iraq", or "Russian collusion", or "Biden's laptop could be Russian disinformation" were among things that "sounded about right" are to be relied upon.
Click to expand...

Agreed on the want. But I think it’s a matter of feeling as well. How many on either side actually believe or think that a civil war could or would happen soon or in their lifetime?

Given the division that exists in US politics and even in the cultural makeup of the US, one can see why many would think that it could happen.

Remius said:
Given the division that exists in US politics and even in the cultural makeup of the US, one can see why many would think that it could happen.
Click to expand...

I bet a lot of people would like the entertainment of a civil war on their 85" TV's from the comfort of their gated communities. Real life hunger games.

And can you imagine the traffic twitter would get? Not hard to imagine why they may be a little slow to clamp down on inflammatory comments and posts.
You must log in or register to reply here.