How survivable will USN carriers be vs Russian, Chinese hypersonics (not to mention various other types of missiles)?

With mounting questions about cost and survivability, a shifting political landscape for US aircraft carriers

The new chief of naval operations, Adm. Michael Gilday, was confirmed quickly by the Senate last week, but lawmakers made clear that the cost and growing vulnerability of aircraft carriers to ever-faster and evasive missiles will be among the issues he’s expected to tackle when he officially takes the reins.

The Navy’s main force projection tool, the carrier, became a punching bag for several lawmakers at Gilday’s confirmation hearing, as they alternately raised the threat posed by Chinese and Russian hypersonic missiles and berated the Navy’s future top admiral for the significant delays and cost overruns associated with the new carrier Gerald R. Ford.

At one point during the July 31 hearing, the Senate Armed Services Committee Chairman Jim Inhofe, R-Okla., told Gilday the Navy’s arrogance on the carrier “ought to be criminal.” Later on, longtime friend of the Navy Sen. Angus King, I-Maine, warned that hypersonic missiles were a “nightmare weapon” that threatened to make carriers obsolete.

And while the lawmakers differed on the future of aircraft carriers and their long-term viability, the hearing left no doubt that Gilday, a career surface warfare officer, has his work cut out for him in proving he can guide the service toward a more stable future for the Navy’s most expensive and strategically invaluable assets.

To be clear, Inhofe does not oppose carriers, and he has publicly reminded multiple Trump administration officials of the Navy’s legal requirement to maintain 11 of them. Inhofe was in the bipartisan chorus of lawmakers who opposed Pentagon plans to cut costs by decommissioning the aircraft carrier Harry S. Truman before the administration scuttled those plans this year.

When it comes to the Ford program, Inhofe plans to keep the Navy on a short leash and pressed Gilday to commit that he would work to prevent the kind of widespread “first-in-class” issues that have plagued the Ford. It’s an issue with some urgency behind it, as the Navy prepares to tackle the new Columbia-class ballistic missile submarine for nuclear deterrent patrols, as well as a next-generation frigate, new classes of unmanned warships and a new large surface combatant.

“The Navy entered into this contract in 2008, which, combined with other contracts, have ballooned the cost of the ship more than $13 billion without understanding the technical risks, the costs or the schedules, and you know this ought to be criminal,” Inhofe said.

The Navy had taken a gamble integrating immature dual-band radar, catapult, arresting gear and weapons elevators, and Inhofe expressed displeasure with the result...

As for rising threats to the carrier, King believes hypersonic missiles are an existential threat to the Navy and urged Gilday to take the issue head on.

“Every aircraft carrier that we own can disappear in a coordinated attack,” King said. “And it is a matter of minutes. Murmansk, [Russia], to the Norwegian Sea is 12 minutes at 6,000 miles an hour.

“So I hope you will take back a sense of urgency to the Navy and to the research capacity and to the private sector that this has to be an urgent priority because otherwise we are creating a vulnerability that could in itself lead to instability.”

In an interview with Defense News, King said the speed at which the Russians and Chinese are fielding the capability worries him.

“My concern is that we are a number of years away from having that capacity, and our adversaries are within a year of deployment [emphasis added],” he said. “And that creates a dangerous gap, in my view. This represents a qualitative gap in offensive warfare that history tells we better figure out how to deal with, or it will mitigate our ... advantage.”

King, who represents the state where half the Navy’s destroyers are produced, also said he’s concerned about the long-term viability of aircraft carriers in a world with hypersonic missiles.

“I think it does raise a question of the role of the aircraft carrier if we cannot figure a way to counter this capability,” he said. “I don’t want indefensible, $12 billion sitting ducks out there. I’m not prepared to say the carrier is obsolete, but I say that this weapon undermines the viability of the carrier [emphasis added].”..
https://www.defensenews.com/naval/2019/08/06/with-mounting-questions-about-cost-and-survivability-a-shifting-political-landscape-for-us-aircraft-carriers/
Click to expand...

Post from 2016 (pre-hypersonic)--links at start no longer work but do if copy title and paste in "Search" box at top right:

US Navy: Carriers or Subs, with the Dragon in Mind
https://mark3ds.wordpress.com/2016/10/21/mark-collins-us-navy-carriers-or-subs-with-the-dragon-in-mind/
Click to expand...

Glad it's not my project.

Where are all the Maglev trains of the 1980s?

A 2007 statement by Transrapid USA said with 4 million passengers in 2006 the system was able to cover its operating costs. The ratio of costs were given as: 64%-energy, 19%-maintenance & 17%-operations/support services; no amount was given. The high proportion of energy costs was attributed to the short trip time and high operating speed.[16] However, according to Chinese media's report, due to the huge costs of operating and the lack of the passenger flow, Shanghai Maglev Transportation Company would lose 500 million to 700 million RMB every year.[17]
Click to expand...

In a purely ‘transactional’ sense, perhaps.

Then again, $70M USD isn’t a bad sunk cost for having the prestige of operating a 460km/h maglev train, while ‘greater’ countries futz around with second-thought technology that takes a back seat to chugging freight trains... :dunno:

Planned to deploy this Fall: 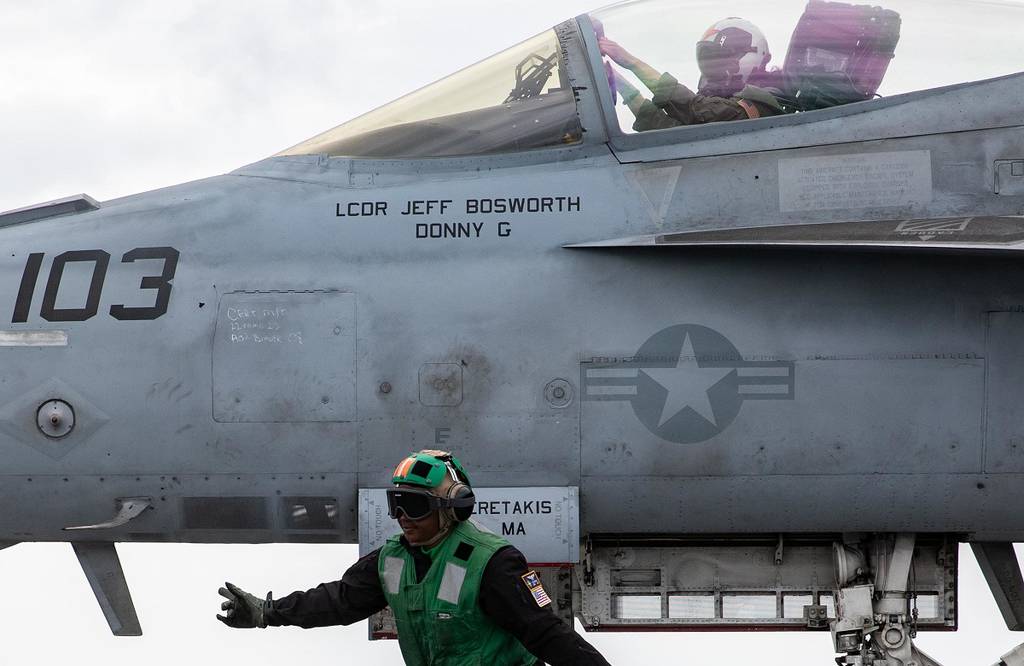 Aircraft from Carrier Air Wing 8 completed over 400 day and night catapult launches and trap recoveries for the certification.

I watched an hour long show about a carrier undergoing sea trials. The best part was throttles wide open and a 350 yard long ship moving as fast as it could. Awesome.

OldSolduer said:
I watched an hour long show about a carrier undergoing sea trials. The best part was throttles wide open and a 350 yard long ship moving as fast as it could. Awesome.
Click to expand...

Those ships are absolutely enormous; it's weird being at a jetty in their vicinity and having your entire ship in it's shadow, and having to crane your neck to look up the 7 or 8 stories to it's flight deck.

Full throttle is fun on a smaller ship, can't even imagine seeing that on an aircraft carrier. Those are nervous but incredibly memorable days in the engineering department.

Navy_Pete said:
Full throttle is fun on a smaller ship, can't even imagine seeing that on an aircraft carrier. Those are nervous but incredibly memorable days in the engineering department.
Click to expand...

Cruise ships are about the same length - at least the two I were on were. I tried to imagine an aircraft taking off and landing on that short area.

OldSolduer said:
Cruise ships are about the same length - at least the two I were on were. I tried to imagine an aircraft taking off and landing on that short area.

Well sure. They'd crash into the breakfast buffet.

dapaterson said:
Well sure. They'd crash into the breakfast buffet.
Click to expand...

We can't have that can we.

dapaterson said:
Well sure. They'd crash into the breakfast buffet.
Click to expand...

More dire, the pilot, if he survived, would likely contract Legionnaires disease.

Good2Golf said:
…or Norwalk Virus…then his/her next takeoff could be NATO…Norwalk Assisted Take Off…

There could be lots of overlap on a Venn diagram… 😉

OldSolduer said:
Cruise ships are about the same length - at least the two I were on were. I tried to imagine an aircraft taking off and landing on that short area.

I watched the USS Ronald Reagan wheel into station for jet fuel from HMCS PROTECTEUR, once.

Another CF public affairs own goal mind you not as bad as after the New Zealand earth quake when a PAFFO went all opsec on the press .
This after trumpeting a planned exercise with the RNZN a couple days earlier.
Talked to a camera man who'd covered the Press conference. He said the briefer looked like he wasn't ready to admit New Zealand even existed much less that we had a frigate anywhere near it.

Where are the anti nuke jerks? Oh this is Halifax not Vancouver lol
You must log in or register to reply here.