MilEME09 said:
Doesn't JTF-N have a permanent presence in White Horse and yellow knife? Perhaps expanding white horse and have a single battle regularly rotate in and out of there.
Click to expand...

I spent a summer in Whitehorse on while waiting for courses; the 'permanent presence' is used as an Army Cadet camp in the summer and the Rangers use it the rest of the time. It apparently used to be some kind of monitoring post but was basically a collection of wood cabins around a parade square about half an hour outside town IIRC. That was about 15 years ago now (holy crap!) but believe it's still the same. There is some kind of presence in Yellowknife, which I understand includes some planes and similar under 440 sqn.

Haggis said:
Did we not toy with an Artic Reserve Company Group idea recently? What came of that?
Click to expand...

Apologize for the necro post. C Company LER is in Yellowknife.

Colin Parkinson said:
Naval Reserve, yes. Small units built around two patrol boats, perhaps based on the CB90, these can be hauled out and maintained in a hanger in the winter, I would base one unit in the Western Arctic and one in the Eastern Arctic. They could share resources with the CCG auxiliary. for army, I doubt you could get more than a Platoon sized unit. These would be specialised troops meant to back up the Rangers and support southern units operating in the North. Remember I said "Whole of government", these units are as much about improving the social conditions as they are about sovereignty. Proper ports, better runways and airport facilities, more roads, railways, greenhouses, energy self-sufficiency, among other things.
Click to expand...

CB90 is still in production and is being upgraded

CB90 is still in production and is being upgraded

The Inuit already make do quite well with boats like these... 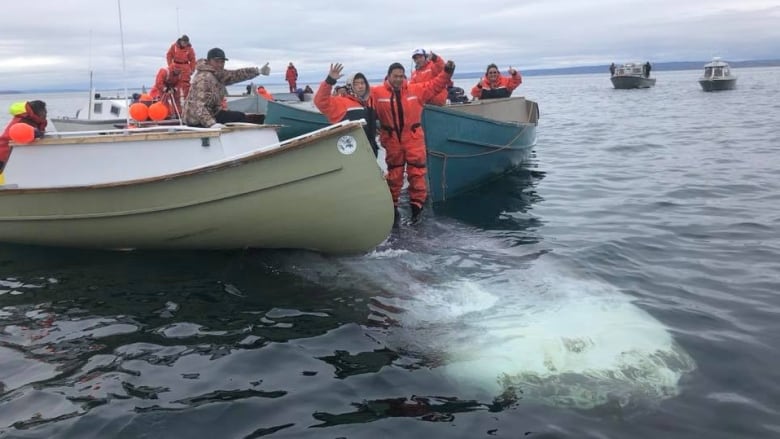 https://www.cbc.ca/news/canada/north/iqaluit-hunters-get-their-bowhead-whale-1.4785318
You must log in or register to reply here.

Feed children instead of training them for war
2