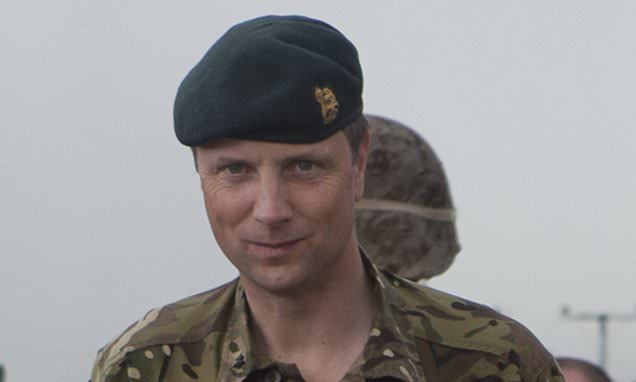 The personnel are being scrutinised over their claims for CEA which allows children to remain at the same schools while their parents are posted to different locations in the UK and overseas.

The E-3D Sentry aircraft flew its final operational sortie on the 30th July over Iraq as part of the counter-Daesh Operation SHADER. The aircraft from 8 Squadron had been deployed to RAF Akrotiri in Cyprus and was the latest and last deployment since 2015. 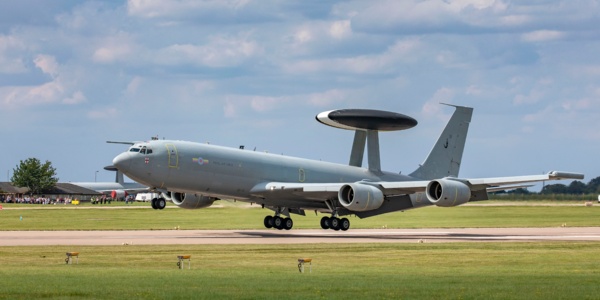 On social media, the truth will out!

daftandbarmy said:
On social media, the truth will out!

I believe it too. Contractors are usually former SOF types, or former combat arms type with enough experience to know how to operate efficiently beyond just marksmanship & weapons.

I imagine the contractors on the ground did more to secure, move, and protect embassy staff until they were evacuated than they Paras who weren’t even deployed until 3 or 4 days ago.

(Let’s assume they deployed the day of or after announcement, had to fly there, etc. Contractors were already there)

Why didn’t they parachute in?

Good2Golf said:
Why didn’t they parachute in?
Click to expand...

Probably because they were upstaged by the locals so no 'wow' factor:


Afghans cling to USAF C-17 during American evacuation, fall to their death
D

COVID has proven that, in some circumstances, airborne can still be deadly.

dapaterson said:
COVID has proven that, in some circumstances, airborne can still be deadly.
Click to expand... 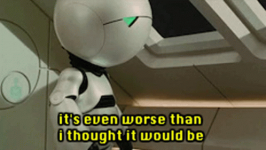 dapaterson said:
COVID has proven that, in some circumstances, airborne can still be deadly.
Click to expand...

It doesn't say whether she's passed P Company or not yet. You can be sponsored by the Regiment through Sandhurst, but still need to do Pre-Parachute Selection before being accepted into the Regiment. Pass rate: about 30%.

Iron woman of the Paras! Recruit Hannah makes history after being selected to become elite regiment's first ever female officer having beaten scores of male rivals​

Field Marshall Montgomery, exalting the prowess of the first British paratroopers, famously said: 'What manner of men are these who wear the maroon beret? They are men apart – every man an emperor'.

Today, Monty would have to amend his praise. For the first time in its history, the Parachute Regiment has given a female officer cadet the chance to lead its troops.

Hannah Knapton will join one of the Paras' battalions later this year having beaten scores of male officer cadets at Sandhurst. 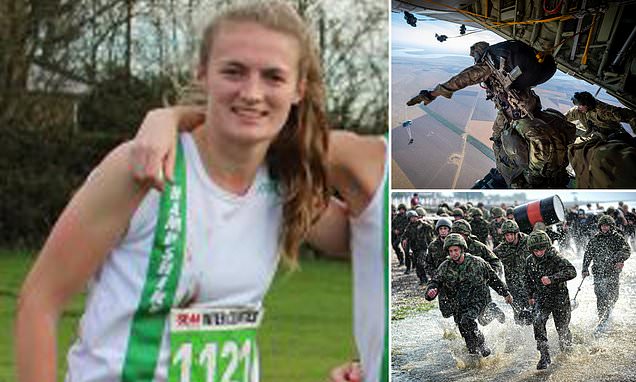 Hannah Knapton (pictured left) will join one of the Parachute Regiment's battalions later this year having beaten scores of male officer cadets at Sandhurst.

A bit of propaganda - but illustrative

As Nato allies flounder, British troops are leading by example at Kabul airport​

Our paratroopers are punching well above their weight, determined to reach out to all those at risk of the Taliban's vengeance
ROBERT CLARK19 August 2021 • 10:03am

Amid the widespread panic, chaos, and looting of Afghanistan’s capital by murderous Taliban thugs, 900 British military personnel are undertaking a desperate airlift mission. The urgent evacuation of as many as 4,000 British citizens, as well as thousands of entitled Afghan civilians who were employed by the British over the last twenty years, is well underway.
The soldiers, primarily drawn from Colchester-based 16 Air Assault Brigade, have been supporting efforts to secure Hamid Karzai International Airport, with patrols in its dusty surroundings, and helping to pick-up an estimated and pre-identified 6,000 British and Afghan civilians to evacuate.
Approximately 1,200 people have now been evacuated since Sunday. Whilst other nation’s flights out of Kabul may appear (one German plane carried just seven evacuees, while an Australian Hercules aircraft departed with 26) the British effort is on track to successfully evacuate roughly 1,000 people per day over the coming weeks.
These figures are doubly impressive given that this week saw only 600 British troops deployed in the first wave, the bulk from the 2nd Battalion the Parachute Regiment.
In the guts of the airport, the troops, with remnants of the diplomatic staff, headed by the steadfast British ambassador Sir Laurie Bristow, are also assisting with the processing of visa documents, biometric details, and the administrative paperwork for the evacuating Afghans.
Infantry soldiers, trained to conduct high intensity land warfare operations in complex terrain, are coming off mentally exhausting operations - including the extraction of civilians from the streets of Kabul - to help with this processing effort, before the air crew fly the civilians out under the cover of darkness due to the Taliban artillery now in Kabul.
Whilst the military and remaining diplomatic effort are working incredibly hard, they have been let down by the hurried nature of this airlift deployment. In following America’s lead on this, Westminster has turned what should have been a simple operation into a fraught quagmire.
Of all the singular events which will come to define Britain’s twenty year Afghan campaign, none will be remembered as much as the unnecessary and rushed US-led troop withdrawal. As was noted in The Telegraph yesterday, its consequences will live on for decades to come.
But our men and women on the ground, making sure those at risk of Taliban vengeance are ushered to safety, are reminding us why Britain’s military is so well regarded around the world. They are acting with courage, humility and a quiet strength - and in doing so showing up the military leadership of countries which should be contributing more to the effort. May they return home safe in the knowledge that they’ve made us proud.

Robert Clark is a Defence Policy Associate at the Henry Jackson Society. Prior to this he served in the British Army, including multiple combat tours in Iraq and Afghanistan.
Click to expand...

As Nato allies flounder, British troops are leading by example at Kabul airport

Our paratroopers are punching well above their weight, determined to reach out to all those at risk of the Taliban's vengeance

Kirkhill said:
A bit of propaganda - but illustrative

As Nato allies flounder, British troops are leading by example at Kabul airport

Our paratroopers are punching well above their weight, determined to reach out to all those at risk of the Taliban's vengeance

I'm following the 2 PARA Facebook page... it's classic stuff 'Oh, hello, you seem like a nice Taliban chap. May we pass through or shall we dance?'

And if that is "counter-point" here's the point

daftandbarmy said:
I'm following the 2 PARA Facebook page... it's classic stuff 'Oh, hello, you seem like a nice Taliban chap. May we pass through shall we dance or shall me and my mates shoot you in the face and let the vultures have at you?'
Click to expand...

I know 2 PARA. I'm sticking with the 'dancing with strange men' thing

So I have heard but shooting the bastards in the face is more….I dunno - permanent solution 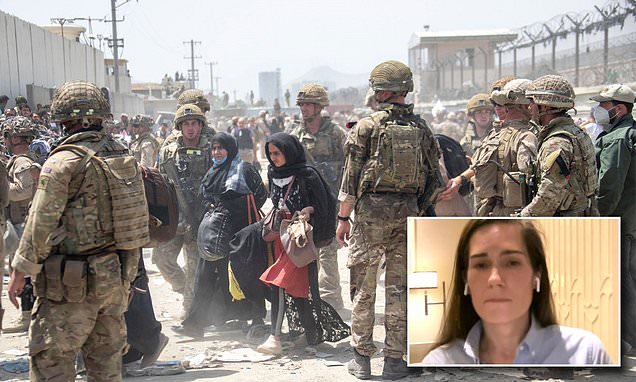 daftandbarmy said:
When in doubt, you must go out....

US Principles of War

US Principles of War

You forgot 'Regimental Honour', backed by some good RoE from the politicos 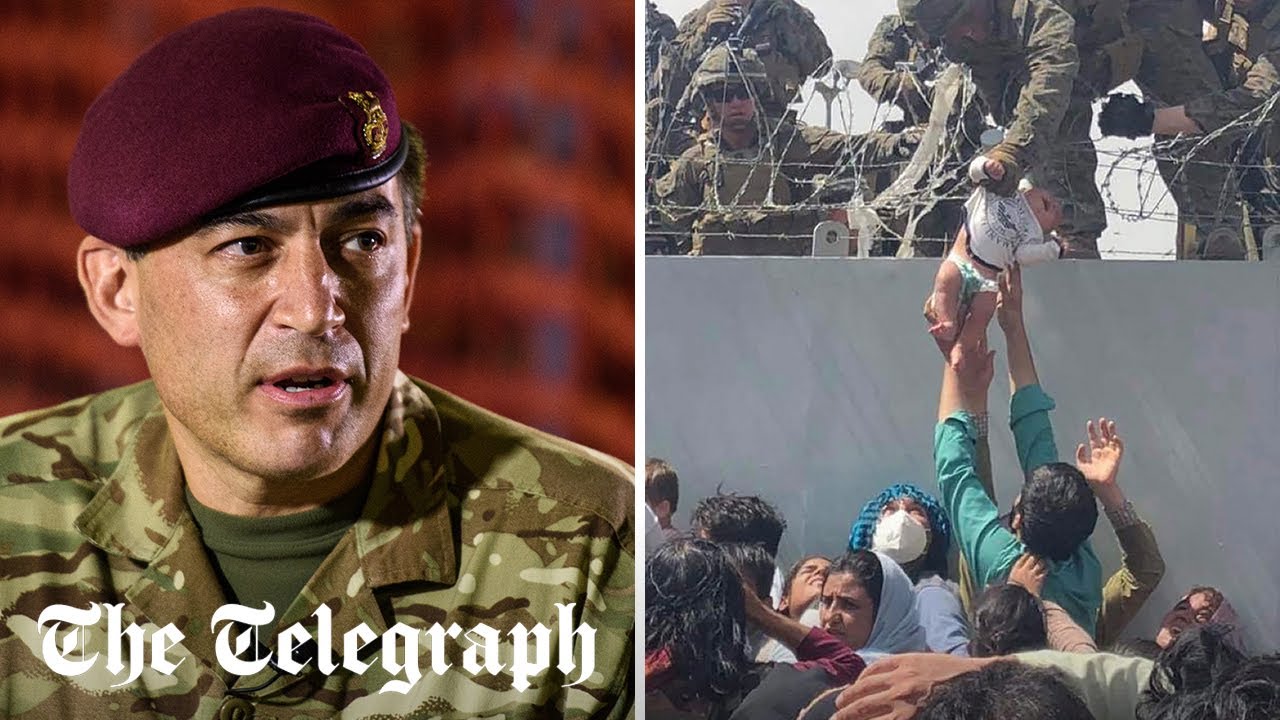 Speaking with The Telegraph, Brigadier James Martin says his soldiers will need time to get over the Afghan evacuation mission

www.telegraph.co.uk
You must log in or register to reply here.