daftandbarmy said:
Can you imagine the complexity of coordinating the leave, alone?
Click to expand...

Devil's Advocate: Shouldn't local communities start developing their own fire response capacity as opposed to having to rely on the Army every year?

Not everyone's headed back, apparently ...

Canada’s war against the Islamic State of Iraq and the Levant has quietly entered a new phase, resulting in plans to keep fewer troops in the Middle East even after the COVID-19 pandemic passes.

The Canadian Armed Forces has had up to 850 troops in the region in recent years, including hundreds of military trainers who have been teaching the basics of soldiering to Iraqi forces as part of the global fight against ISIL.

The military recalled about half the contingent to Canada in March as COVID-19 spread around the globe, forcing a halt to many military activities. The expectation at the time was that most would return once the threat receded.

But Brig.-Gen. Michael Wright, who as commander of Joint Task Force Impact oversees most of the Canadian military’s anti-ISIL efforts, says that won’t be the case after allied commanders determined the Iraqi military is now largely able to fight the militant group on its own.

“For Canada and a number of the other nations, some of the soldiers that were retrograded in March will not be coming back because there is no longer a requirement for them to do the more hands-on, tactical-level tasks that they were performing,” Wright said in an interview this week.

The decision means the first permanent reduction in the Canadian military’s footprint since special forces soldiers arrived in October 2014 to help stop ISIL from taking control of Iraq and Syria ...
Click to expand...

As always...there are differing opinions.

Under cover of COVID, ISIS is seeking a comeback

The Islamic State is eyeing a comeback on the battlefield and the world stage, testing a fragile global community that is combating the coronavirus and distracted from its fight against extremism.

ISIS is taking advantage of the pandemic’s burden on local governments and world powers’ inward focus to step up attacks and pitch to new recruits, the United Nations and experts warn, and reemerge from the hinterlands to strike in the Arab world and Africa.

The reawakening of ISIS exposes not only the fragility of the status quo, but the extremist group’s evolution as a movement.

Three years after the destruction of its so-called caliphate and the dismantling of its organizational leadership by an American-led coalition, ISIS has since March shown renewed strength, staging dozens of attacks in Iraq, Syria, Egypt, and West Africa.

ISIS is “consolidating in Iraq and the Syrian Arab Republic,” said a U.N. report to the Council, “and showing confidence in its ability to increasingly operate in a brazen manner in its core area.”

Alarming experts is ISIS’s ability to move freely between eastern Syria and western Iraq – territory that once fell under its “caliphate” – entering towns and villages with relative ease. Its ranks boast around 10,000 fighters, according to U.N. and analysts’ estimates.

“The pandemic came at a time with preexisting conditions on the ground in Iraq and Syria that allowed ISIS to benefit,” says Hassan Hassan, director of the Non-State Actors and Geopolitics program at the Washington-based Center for Global Policy.

“Namely, the pandemic came amid already existing political and security issues in Iraq and Syria and a vacuum left behind by the Trump administration,” he adds. “Add to this the fact that with the pandemic, the last thing on people’s minds was ISIS.”

Iraq has struggled with a surge in coronavirus cases. And across Syria, despite government statistics claiming the contrary, the virus is ravaging communities, according to citizens, the U.N., and health officials in neighboring states.

Syria and Lebanon are also witnessing economic collapse, and in much of the Arab world, populations are struggling under lockdown-imposed economic costs and rising joblessness.

With health sectors and economies crumbling, experts are highlighting what they call a “symmetry” between the militant group and the vicious virus.

COVID-19 amplifies, they say, what ISIS attempts to achieve through its attacks and propaganda, exposing inequality, communities’ disenfranchisement, and the failures of the state.

“ISIS focuses on exposing the same failures in a country that the coronavirus is now exposing: collapse of the nation-state, weak security, and deep economic, political, cultural, and sectarian crises,” says Hassan Abu Haniya, an Amman-based Jordanian expert in Islamist and extremist movements.

“Although the U.S.-led coalition focused on containing and dismantling ISIS, they never addressed the root grievances in Arab countries that allowed its rise in the first place,” he says. “Coronavirus is now laying these bare once again and exacerbating them.”

In Iraq, political and security setbacks are lowering the resistance to ISIS.

Sectarian infighting among and between Shiite, Kurdish, and Sunni militias has created local power vacuums, allowing ISIS to fill back in, including north of Baghdad and in the disputed areas near Iraqi Kurdistan, experts and analysts say.

And the Iraqi government, under a new prime minister, Mustafa al-Kadhimi, is consumed with an uphill battle against powerful Shiite militias unwilling to lay down their arms or accept central government authority.

In Baghdad, protests against corruption and militias’ influence continue.

Meanwhile, joint operations against ISIS with U.S. forces have largely come to a standstill amid the tensions with Iran-backed militias following the January assassination of Iranian Gen. Qassem Soleimani in Baghdad.

Not only did the U.S. strike disrupt America’s fragile common cause with Shiite militias against ISIS, but it triggered a wave of revenge attacks that prompted U.S. forces to retreat to non-frontline bases, crucially forcing a halt to U.S.-Iraqi and U.S.-Kurdish operations. The U.S. expertise in counter-insurgency operations is needed now to stem ISIS’s resurgence and is especially missed, analysts note.

“The fact that ISIS can operate almost freely in a massive and expansive space in Iraq and Syria without popular support says a lot about how Iraq cannot secure itself … without current American involvement,” says Mr. Hassan at the Center for Global Policy.

“The West and the world shouldn’t forget that ISIS has gone through this phase and metamorphosis before,” he says.

“In 2009, after the U.S. surge and the Sunni ‘Sahwa’ awakening movements drove Al Qaeda in Iraq to the desert in the hinterlands, it reorganized, adapted and waited to stage a comeback as ISIS in 2014,” he notes.

“This is history repeating itself.”


More on the story at link, including the "Africa Push" segment.


Ref the "ISIS can move freely between eastern Syria/western Iraq.  Personally, having spent a decent amount of time working *over* western Anbar, I've always had the opinion that it was a requirement to shut the border down.  Start at Al Qaim/Al Bukamal, secure there and then deliberately spread west/east.  Put assets in/over the gaps, strike those trying to make it thru.

6 years...how many times has 'victory' been declared?

A public reminder that they're still at it in this part of the world ....

Some Canadian soldiers supported a major military offensive last month that U.S. and Iraqi officials say killed dozens of fighters loyal to the Islamic State of Iraq and the Levant, according to the commander of the country's military elite special forces.

The Canadians also provided surveillance and assistance with resupplying local forces as the assault in the Makhmur Mountains was underway, Dawe added, and were on standby with helicopters to provide medical evacuations.

"I can say we were part of the coalition effort to support it," he said. "Our aviation detachment was providing medevac support, was on standby for that. Helping with a little bit of surveillance, as well." ...
Click to expand... 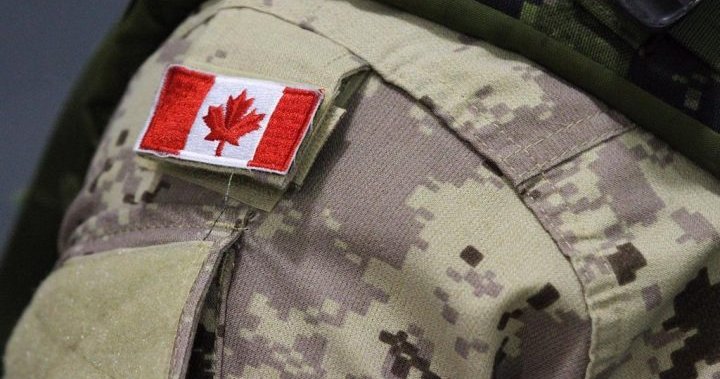 The federal Liberal government is facing calls for an independent inquiry following allegations the military failed to respond to a complaint three years ago.


2021 is the year of scandal and investigation
C

Interesting article. I have a few initial thoughts -- curious to hear from you guys. What are your thoughts?

CBH99 said:
Interesting article. I have a few initial thoughts -- curious to hear from you guys. What are your thoughts?

My guess is that their lawyers have advised them not to....

CBH99 said:
Interesting article. I have a few initial thoughts -- curious to hear from you guys. What are your thoughts?

Once I posted that response, I chatted with some of my buddies who are still in, who gave me a general idea of what it was about.

I wasn't hunting for anything incriminating or specific, and I'll admit I was COMPLETELY wrong in my initial assumptions.

I honestly hadn't heard a peep about that situation until I read that article, hence my post asking for some comments or insights into it. By all means, disregard!
You must log in or register to reply here.