Impressive... in an awful way:


An Army lieutenant colonel is under investigation after reportedly spinning an insane web of lies over several years in order to carry out affairs with several women.

Lt. Col. Richard Kane Mansir, a civil affairs officer based at Joint Base Langley-Eustis, Virginia, has had “serious, long-term relationships” with at least six other women over the last five years, while still married to his wife of 18 years, according to a Daily Beast report. The investigation was first reported by Army Times.
Throughout the relationships, Mansir reportedly lied about being on deployments, going so far as to provide at least one woman with deployment papers the Daily Beast said appear to be fake, and receiving the Silver Star. The Daily Beast reported Mansir deployed to Afghanistan in 2011 and 2012, but “has not been overseas since 2014,” and has never received the Silver Star.

Mansir also reportedly rented a townhouse for one woman, Chelsea Curnutt, while he was living on base and she was pregnant with their child, went on trips with another woman he was engaged to, and even met the womens’ parents. He reportedly told women he was divorced from his wife at the time — whom he was very much still married to and had three children with, and said one of those three children, his daughter, had died.

“He’s got this playbook,” one woman who was engaged to Mansir in 2017 told the Daily Beast. “He tells these lies about his dead children, about his [post-traumatic stress disorder], his deployments, and all the horrible things he’s had to do. He creates all these imaginary traumas to cloak his lies in.”

Curnutt, Mansir’s wife, and Jessica began working together to untangle all of Mansir’s lies, according to the Daily Beast report, finding that he was apparently having serious relationships with at least four other women over the last five years, and that he “had a habit of dating Army subordinates and widows of men who died in combat—women who’d be too embarrassed to say anything about it, or whose careers would be ruined if they did.”

Think of the coordination that took to juggle. Make that man an Snr Ops Planner.

Here I thought it was another JV thread….
D

See, when you name the military role as "civil affairs"...

Halifax Tar said:
Think of the coordination that took to juggle. Make that man an Snr Ops Planner.
Click to expand...

At first, I though this was in the wrong sub-forum.

I like how the Sgt Maj and three of his ladies worked together to expose him.

Halifax Tar said:
Think of the coordination that took to juggle. Make that man an Snr Ops Planner.
Click to expand...

Yup...kind of makes you wonder if he should add all this to his CV under "Accomplishments" or "Experience" 🤔
K

Kilted said:
If this had of happened in Canada....
Click to expand...

Oooooffffff.... last thing we need, as absurdly entertaining as it may be 😂
R 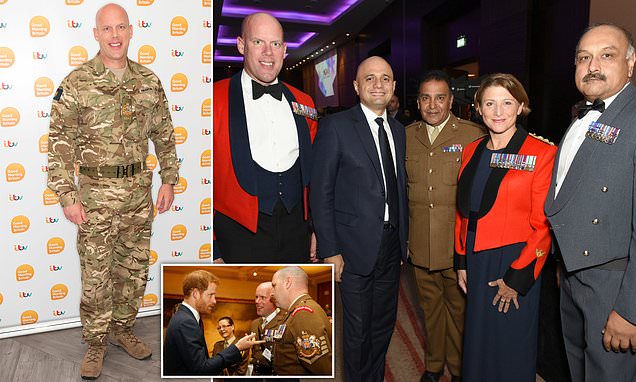 Army's mental health tsar 'had affair with wife of soldier'

Major Glenn Haughton, 49, who is the Armed Forces' 'mental health champion', is being investigated over claims of an affair with the wife of a junior soldier who approached him for help.

Sounds like the old Tide box in the window I used to read about on here.

mariomike said:
Sounds like the old Tide box in the window I used to read about on here.
Click to expand...

Actually, it's OMO laundry soap which, of course, means 'Old Man's Out' 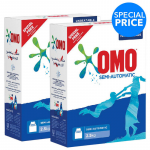 I had read about the OMO box as well. But, was afraid to ask what the acronym meant. Thank you! Learn something new every day on here.
You must log in or register to reply here.